Plant-based chicken is coming for the Impossible Burger

The plant-based food market is now worth $4.5 billion. Thank heaven NUGGS is here to inject "virality" in the space 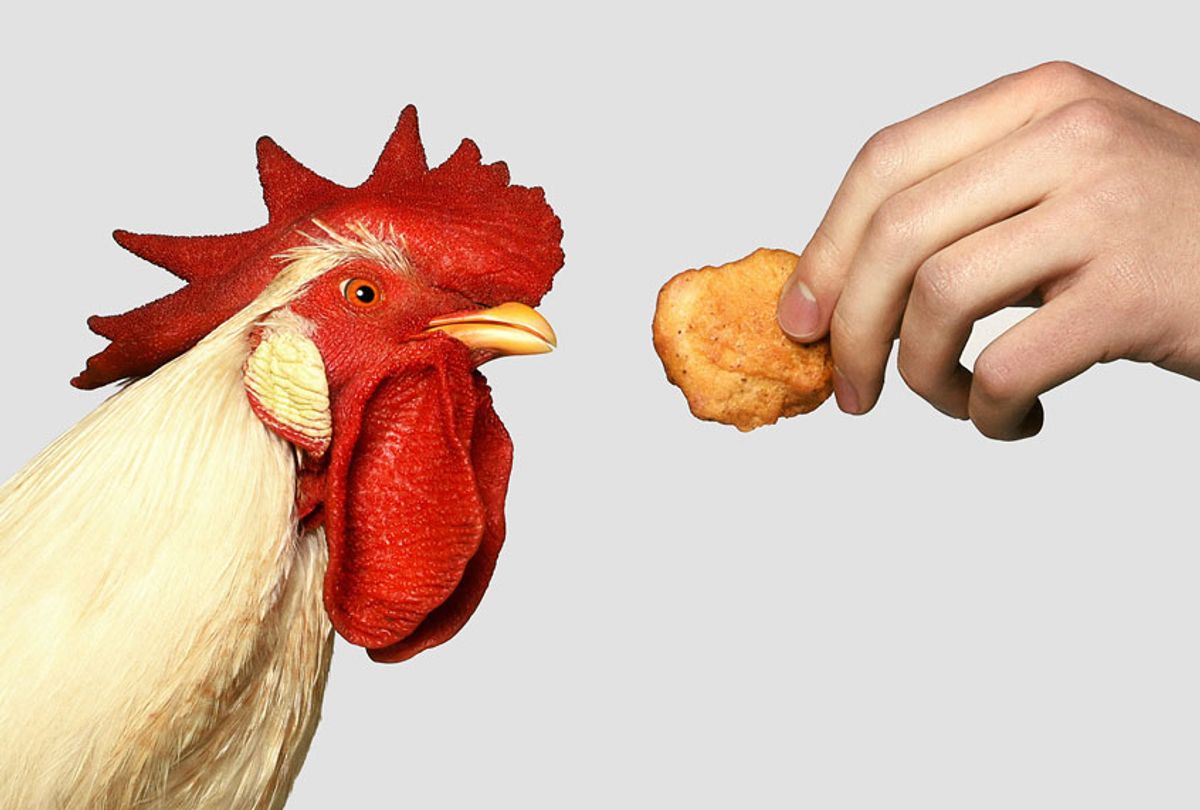 Last week, the Plant Based Foods Association (PBFA) and The Good Food Institute released data showing that U.S. retail sales of plant-based foods have grown 11 percent in the past year, bringing the total plant-based market value to $4.5 billion. “Given that plant-based food is a growth engine for food industry, growing more than 5x that of total food, retailers are excited to provide as much innovation and variety of delicious-tasting plant-based foods to satisfy their shoppers’ needs,” said Julie Emmett Senior Director, Retail Partnerships at PBFA. That’s good news for 19-year-old Ben Pasternak, a new kid on the food-stuff block who may be poised to take the category to the next level.

Pasternak is the embodiment of a gen-z legend, some sort of mythic hybrid of a silicon-valley tech star turned renegade social justice warrior. As Adele Peters explores in Fast Company, five years ago, Pasternak built the addictive game Rush while bored in science class at school. It went on to be downloaded millions of times and peaked at No. 16 on the U.S. App Store. Taking a cue from his success, with blessings from his parents, he decided to drop out of high school, move from Sydney to New York City, and start a series of apps, including Monkey, a video chat based app for teenagers to meet new people, what he once described as “’Chatroulette, without the pervs.’” The social networking app reached over 200,000 users in about a month and eventually reached 15 million users and peaked at No. 1 on the U.S. App Store. By the end of 2017, it was acquired for an undisclosed amount (one probably not too shabby for a 17-year-old).

But for the teen whiz-kid, something was missing. Seeking more meaningful impact, Pasternak considered various social causes in terms of their scale and neglectedness before settling on ending the cruel and unsustainable industry of factory farming as the goal most aligned with his passions and talents. “I have been in tech since I was very young because I have always loved to create products that make the world a better place and that are used by millions of people. For a long time I thought that the best way to do that was through apps. After spending some time away from apps after Monkey was acquired, I concluded that working on advanced chicken nugget simulation technology was a great way to massively improve the collective consciousness,” Pasternak told me.

This realization – with some initial advisement and encouragement from Josh Tetrick, CEO of JUST, a leading food-tech start-up, led Pasternak, a self-identifying non-vegan, to conceptualize NUGGS - plant-based chicken nuggets made with "new texturized pea protein technology" and . . . “virality.” “All recent major cultural changes have happened because of great technologies that enable going viral on the internet. Clean protein will be the exact same,” he said. While some marketing experts argue that promising virality is a “fantasy,” Pasternak may be proving them wrong: The company’s Instagram account already has over 20,000 followers, and with risqué and daring slogans like “NUGGS MAKE YOU LAST LONGER,” “WELCOME TO THE STIMULATION,” and “DON’T BE CHICKEN,” it isn’t hard to understand why. In Pasternak’s mind, it is this marketing tactic and know-how that sets his company apart: “The other clean protein brands don't appeal to a younger audience. I wish they did because I want clean protein to be massively adopted and there needs to be many successful clean protein companies to achieve that.”

So far, NUGGS has raised $7 million in funding, led by industry giant McCain Foods, who manufactures the nuggets: "At McCain we believe NUGGS has developed an incredible product that uses plant based technology to uniquely simulate a high-quality chicken nugget. A significant factor in achieving this is their approach to fast and iterative innovation, which is based on constant consumer feedback. We believe the combination of the NUGGS approach and McCain's production and commercial expertise will accelerate the brand's growth and deliver market scale," said Mauro Pennella, Chief Growth Officer at McCain Foods, in a press release posted earlier this month announcing the launch of NUGGS.

Despite this impressive partner and ample funding, whether Pasternak and his team can catapult NUGGS and the plant-based meat market by association to unprecedented heights remains to be seen. Although the plant-based meat market has increased exponentially in recent years - with the impressive success of companies like Beyond Meat, Quorn, and Impossible Foods - it still only accounts for 2 percent of retail packaged meat sales. This is essentially Pasternak's point: there is still a lot of work to do in the gold rush to plant-based. As for his company NUGGS, curious consumers can purchase a box of 40 (version 1.3.1) for $24 or 2 boxes for $29 on its website. For die-hard fans, NUGGS offers a third option: 420 boxes for $10,000. The reviews from early-adopters seem overwhelmingly positive. For example, one Twitter user remarked that "The flavor of NUGGS is beyond any other chicken nugget I’ve ever had." Another tweeted: "I've never eaten a veggie nugget in my life, but that was pretty delicious. Well done."

@NUGGS OK guys, you got me. I've never eaten a veggie nugget in my life, but that was pretty delicious. Well done.

But Forbes contributor and home-taste-tester Nadia Berenstein thought that while they looked "very much like the real thing" they were "a bit dry, a bit underflavored, more like elementary school cafeteria nuggets than the gold standard, McNuggets." This of course suggests the obvious: "virality" may be an important ingredient, but it is not the only one needed to develop a winning recipe that can actually outcompete animal-based meat in the marketplace. Pasternak knows this all too well, hence, the following text appears on the homepage of the NUGGS website: "NUGGS operates like a software company. NUGGS are continuously updated by our team of food scientists and engineers in NYC. We take user feedback, find areas for improvement and as we develop new versions of the product we let our users know." As for me, I’ll be waiting for version 2.0 before placing a bulk order - hopefully by then NUGGS will have both further improved in taste and be in the shape of dinosaurs. With or without virality, some things never change, even among (29 year) old fogies like me.