New frontiers in sucking: Why is the Trump campaign selling plastic straws? 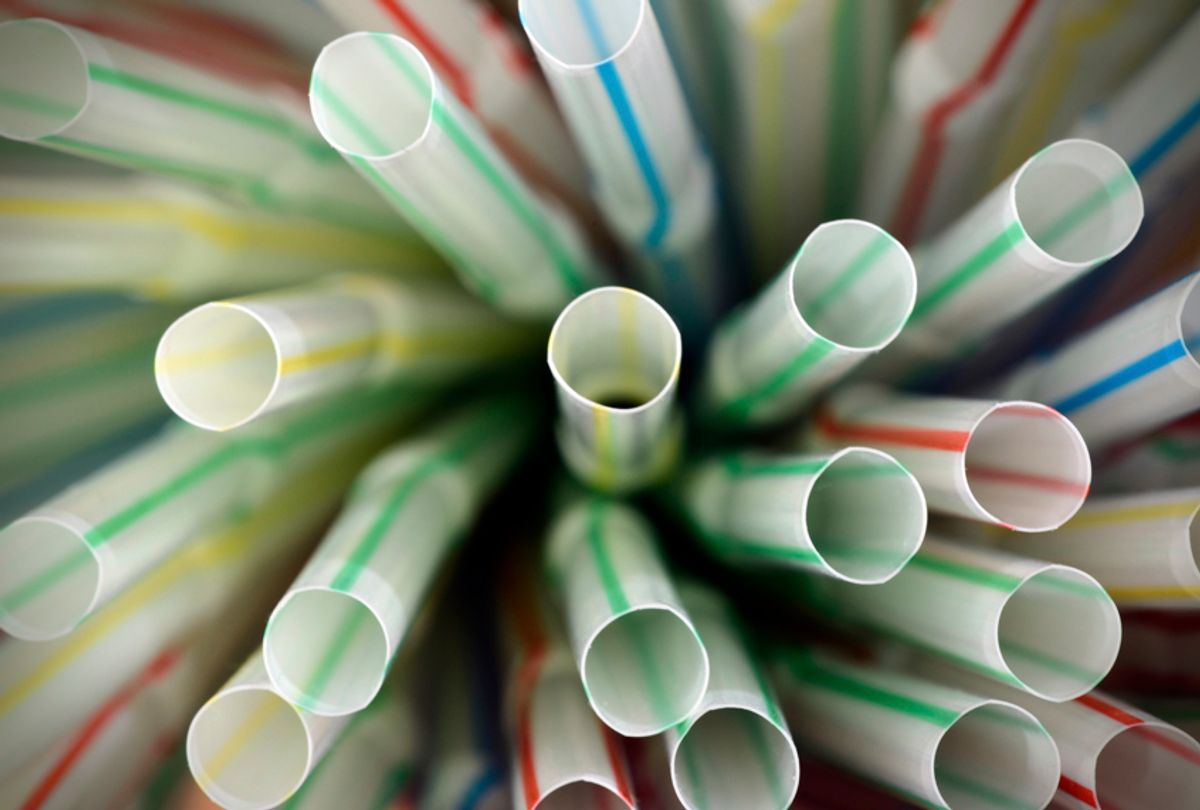 Why is the Donald Trump  campaign so obsessed with drinking straws?

In the midst of a news cycle focused on how much Trump is centering white nationalism in his 2020 presidential campaign, there was another story that just weird enough to capture some media attention: The Trump campaign waded into the plastic vs. paper straws debate by selling $15 branded plastic straws. This was accompanied by a robust messaging push — with both Trump and his campaign manager, Brad Parscale, repeating talking points about how "Liberal paper straws don't work."

The press mostly covered this story as a kooky bit of comic relief, a matter of Trump attempting to corner the cranky old man vote. In truth, however, the straw story exposes something much darker about the kind of politics Trump and the Republican Party are peddling in the 21st century.

As I explain in my book, "Troll Nation," conservatives have given up trying to make substantive arguments, and have been reduced to a politics centered on trolling liberals. To make it worse, Trump is using this lower-level trolling to train his supporters to equate the identity of "conservative" with pettiness and selfishness, conditioning them so that their first instinct is indifference or even glee when confronted with more serious examples of Trump's depravity.

The debate over plastic straws in the U.S. really kicked off in 2015 when a group of marine biologists taped themselves handling a sea turtle with a straw deeply embedded in its nostril and blocking its airway. More than 2 million people watched the researchers remove the straw as the helpless animal bled and squirmed with pain. Reacting to the outrage, a number of corporations enacted policies aimed at reducing their use of plastic straws. Progressive politicians, locally in the U.S. and nationally in Canada, moved towards passing laws restricting "single use" plastics like straws.

Conservatives, however, reacted by doubling down on plastic straws, even making it a right-wing meme to post pictures of yourself drinking out of plastic straws.

It's not that conservatives hate sea turtles, per se. It's more that watching innocent animals suffer makes liberals cry, and making liberals cry is the central motivating force of modern conservatism. (At this point, it's almost the only one.) So contributing to the suffering of sea turtles, by osmosis, has become a conservative value.

What's telling about this is that the plastic straw isn't really a presidential issue. The disappearance of the straws in some places has largely been a matter of the market doing its invisible-hand thing, which conservatives are supposed to like — corporations choosing to shift their policies and practices, for their own reasons. When straws have become a legislative issue, it's only been on the state and local level. Realistically speaking, Trump has no power, as president, to change the accessibility levels of plastic straws at your local soda-pop dispensing establishment.

Despite this, Trump took time to rant at reporters about the issue, proving once again that his appeal to his voters has little, if anything, to do with his actual policies, most of which are economically damaging to the people who voted for him in order to troll the liberals.

This entire right-wing straw obsession normalizes and even encourages conservatives to believe that it's not just right but necessary to prioritize even the most inconsequential convenience for themselves over the suffering of others. And by "others," I'm not talking about the crying liberals who populate the fantasy lives of conservatives. I mean the sea turtles.

It's genuinely difficult, for anyone with an ounce of empathy, to watch that video of the sea turtle getting the straw removed from its nose without feeling just awful about it. So in order to achieve the all-important goal of trolling the liberals, conservatives, by necessity, must kill that part of themselves that feels compassion for an animal that, through no fault of its own, is made to suffer.

That's why this kind of apparently inconsequential trolling from conservatives should be viewed as a kind of boot camp for greater acts of emotional depravity. Learn to kill the empathy response when it comes to sea turtles, and soon you're callous enough that you can shrug off the deaths of migrant children being killed by Trump's racist  policies at the border.

Practice moral indifference to the suffering of others long enough and soon you can be a Corey Lewandowski-level Jedi master of learned sociopathy, responding to a child crying at losing her mother by saying "womp womp" on national television.

To be sure, the Trump administration didn't start this conservative trend of obsessive griping about even the most minor inconveniences. For decades, right-wing media has been making great hay over consumer shifts meant to protect the environment, from low-flush toilets to higher automotive fuel efficiency standards. It's always based on the same narrative, which is that no sacrifice, no matter how small, should ever be made by the aging conservative base, no matter how serious the issue at hand.

In 2011, as Media Matters tracked at the time, there was an enormous push in conservative media to get audiences in a lather over having to use energy-efficient light bulbs that were slightly different than the ones their audience had grown up using. The differences between the newer light bulbs and older ones are inconsequential and would likely have passed without notice by the vast majority of consumers. But after a heavy push from Fox News and other outlets, suddenly much of conservative America decided it was an outrage that light bulb shapes were changing.

"Do you want to be forced to have the squiggly ones?" lamented Mike Jerrick of "Fox & Friends" at the time.

The implicit message of this media blitz was clear: The future of the planet for your children and grandchildren matters less than having light bulbs that look like the ones you remember from childhood. This selfishness is breathtaking, especially in light of the astronomical gap between the nonexistent sacrifice of changing your light bulbs and the worldwide crisis that is climate change.

Conservative media, however, frames it not in terms of compassion or concern for the environment, but as a culture-war issue. By encouraging conservatives to see plastic straws or old-fashioned light bulbs as markers of conservative American values, Republican media and politicians also encourage the idea that profound selfishness is an inextricable aspect of that conservative identity.

So really, it's not a small thing. Bit by bit, these little troll-the-liberals stunts build and reinforce the idea that there's something ennobling and necessary about killing their own capacity for compassion or concern for others. This problem has been building for some time in conservative circles, but with the Trump administration pulling stunts like selling these straws or getting the First Lady to wear a jacket that literally advertises "I really don't care," the trolling isn't just a thing. It's everything.