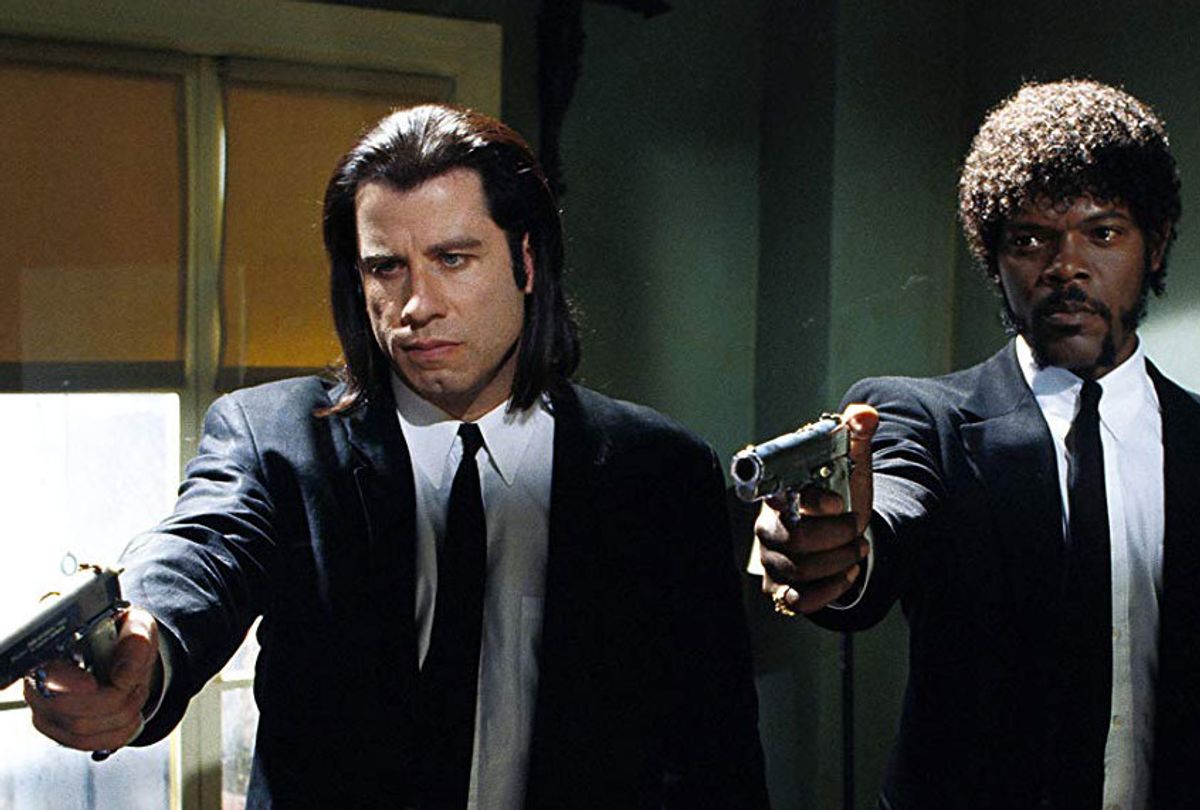 Quentin Tarantino’s “Pulp Fiction” has remained a touchstone of American independent cinema since its 1994 debut at the Cannes Film Festival, where it took home the prestigious Palme d’Or. The film ended its run with $213 million at the worldwide box office and seven Oscar nominations, including Best Picture. Tarantino won the Academy Award for Best Original Screenplay. Sequel talks are inevitable with this kind of success, and Tarantino famously considered a follow-up prequel entitled “Double V Vega.” Tarantino has kept details of the never-made prequel close to his chest, but in a new interview with CinemaBlend he shared some of the plans that never saw the light of day on the big screen.

“The only thing I did know was the premise,” Tarantino said, shooting down rumors that development got far along on the prequel. “I had a premise. It would’ve taken place in Amsterdam, during the time Vincent (John Travolta from ‘Pulp Fiction’) was in Amsterdam. He was running some club for Marsellus Wallace in Amsterdam, he was there for a couple years. In some point during his two years spent running that club, Vic (Michael Madsen from ‘Reservoir Dogs’) shows up to visit him and it would’ve been their weekend. Exactly what happened to them or what trouble they got into I never took it that far.”

Read more IndieWire: 'Once Upon a Time in Hollywood': How Cinematographer Robert Richardson Captured 1969 in 2019

Contrary to popular belief, the “Pulp Fiction” prequel never got past a basic premise. The 1994 film was the first and last time Tarantino would work with Travolta, while his career with Madsen would continue with the “Kill Bill” movies and “The Hateful Eight.” Considering both Travolta and Madsen have aged out of their respective characters, it’s virtually impossible for Tarantino to make a “Pulp Fiction” prequel at this point.

One reason the prequel sounds so exciting is because it would show the backstory behind one of the most memorable conversations in “Pulp Fiction.” During the scene in which Vic and Jules (Samuel L. Jackson) are driving, the hitmen are seen having a discussion about Vic’s recent time in Europe. Vic famously tells Jules that the McDonalds quarter pounder with cheese is called a “royale with cheese.”

Tarantino has yet to make a proper sequel to one of his movies. “Kill Bill” was released in two parts but was written and directed as a single movie. The director has long discussed the possibility of making a third “Kill Bill” movie, recently confirming to MTV that he’s still in talks with Thurman about the potential project.

Read more IndieWire: The Most Overlooked Movies of the Decade — IndieWire Critics Survey

Tarantino returns to theaters July 26 with “Once Upon a Time in Hollywood.”