Once the tool of choice of 4-star chefs, sous vide is now priced for commoners 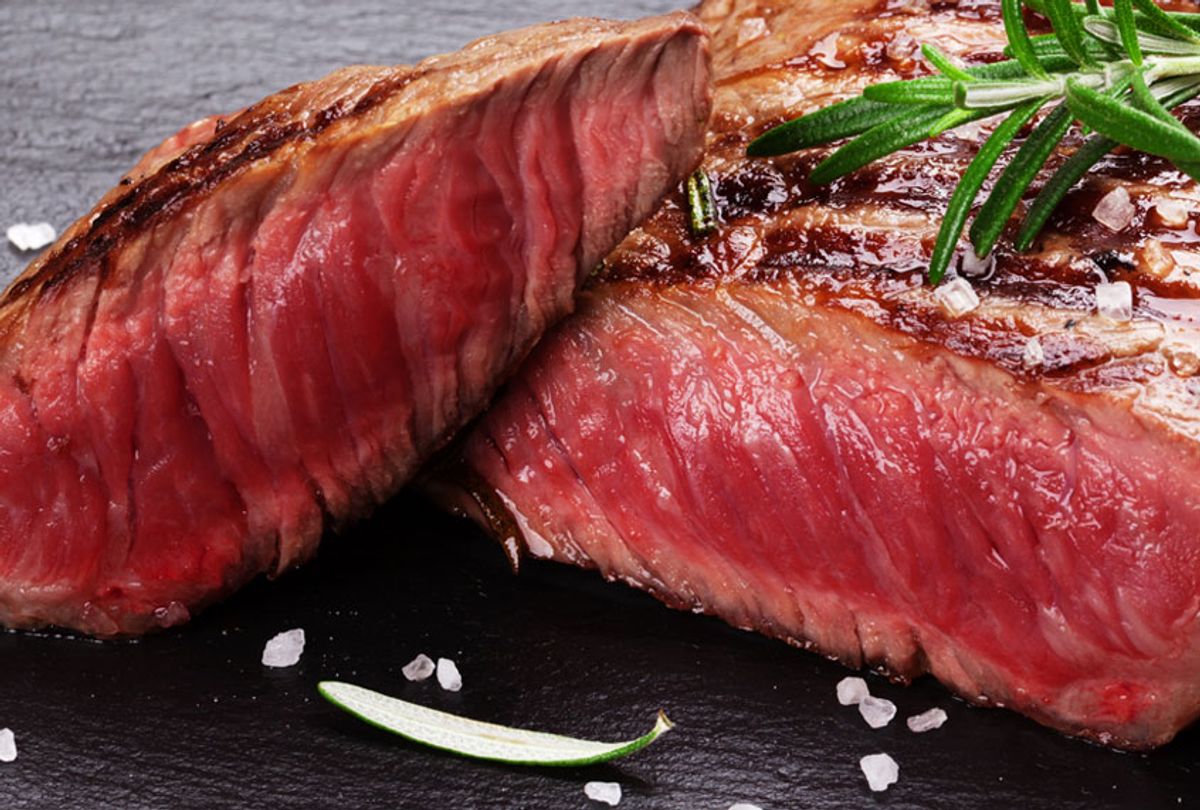 I have a very serious prepper seam running through my soul. This is why — while flipping through Kenji Lopez-Alt’s “The Food Lab” (late to this, I know) — I was taken by the notion of sous vide technique for the home chef. Popularized in America in the late 1980s by pioneering Spanish chefs Joan and Jodi Roca, sous vide uses a bath of consistently heated water to bring food encased in a plastic vacuum bag (usually over a long time period) to serving temperature. According to his book, Kenji likes using a beer cooler as his primary tool. In defense of this DIY technique, he asserts that the hot water in his apartment comes out of the tap at exactly 135°F (57°C), the temperature at which steaks are cooked medium-rare. He keeps a thermometer going and a steady, light stream of tap water running. In as little as two hours, his steaks are ready for a quick, hard blast in a cast-iron skillet with herbs and butter, and dinner is served. My first thought: I have beer coolers. The idea that you could prepare dinner like a luminary gastronome using a found object took hold and would not let go.

I was sharing this beer cooler–enthusiasm with Dave Arnold, James Beard award–winning author of “Liquid Intelligence,” outside Existing Conditions, the innovative cocktail bar he owns in downtown Manhattan. Arnold just happens to be in the middle of writing what will likely be another best-selling book about at-home sous vide. “Why?” asked Arnold, incredulous. “A few years ago, when a sous vide rig could cost $1,000, I kind of understand it, but now they’re less than $200 — why would you bother?”

It just so happened that the day we were having this discussion, it was Prime Day at Amazon. I’ve been sous vide-ing everything I can find since.

In fairness, “Food Lab” was published in 2015, before manufacturers like ChefSteps started offering app-controlled water circulation devices at reasonable prices; hence, just like that, I relinquished my beer cooler–cooking fantasies. It is unlikely that Kenji sticks by this culinary hack now that prices have dropped so dramatically.

The good news is that if you don’t happen to have 135°F (57°C) water coming out of your hot faucet, you can give it a whirl without taking out a loan. I picked up my model, called Joule, for $139. A 1.5-inch-thick rib steak was waiting for it when it arrived two days later.

Sous vide orthodoxy requires working with vacuum-sealed bags, but over the years a reform tradition has developed around zip-lock bags, or zippies, which holds that the crushing action of a vacuum is not always optimal for flavor and texture. If you’re using this home hack — and I do because I can’t find the vacuum sealer I put in the basement four years ago, not because I'm a purist — after adding meat and flavoring elements (thyme, garlic and pepper), force the air out of the bag by submerging it in water, taking care to seal it shut just as the last oxygen leaves the top corner. The steak I cooked sat in a pasta pot full of 129°F (54°C) water behind the couch for two hours before I grilled it over medium-high heat for only three minutes per side. The resulting cook was a perfectly uniform medium rare that was remarkably tender — "unnervingly tender" as my wife, Lisa, put it. She would have preferred a range of textures. There’s no question the mouthfeel was unlike that of traditionally grilled steak, though I was so struck by the tenderness I’m not sure I cared.

I did bring Lisa’s quibble up with Lincoln Carson, chef/owner of newly-opened Bon Temps restaurant and bakery in downtown Los Angeles. “I cook a thick steak at just below 115°F(46°C) and then hit it really hard in unreasonably hot cast iron for no time at all, adding herbs and butter at the very end,” Carson said. This technique, he added, gives you that crispy Maillard effect shell and a bleeding interior. “That’s how steak houses like Strip House and the Bourbon+Bison do it. At the beginning of service they have as many steaks as they are going to sell at temperature, resting in butter baths that are sitting in circulating water baths at 115°F(46°C) and as orders come in, they go to the 900°F(482°C) wood-fired grill to rare or medium-rare — or, heaven forbid, but sometimes it happens, medium.”

The technique was originally employed by ambitious restaurateurs with esoteric notions about revolutionizing cooking technique. Early adopters in America include Wiley Dufresne and Thomas Keller. They had some very interesting (some say important) results. Today, it is fair to say, sous vide has settled into a more practical middle-age. The same applications that make it a useful professional tool, said Dave Arnold, who is also the former director of culinary technology at the International Culinary Institute, is what makes it good for the home cook.

“Quick pick-up time in a restaurant are very important," Arnold said. "Any activity you can shift from hours during dinner service toward prep time earlier in the day are vital. Same as at home. The dog is sick, your guests are late, not a problem. Your protein is ready at temperature, and it can go in a hot pan for a short time whenever works for you.”

Fried chicken for an army is suddenly imaginable, said Arnold, who suggests cooking the chicken parts ahead of time.

“That way you only have to cook the outside," he added. "The balancing act of trying to cook both the shell and the interior at the same time is gone.”

Sous vide also helps absorb the pressure of a rush. “Scale a problem? Not anymore. Say you're crazy and you invite twelve people over for a brunch of Eggs Benedict.” said Arnod. “You can poach a dozen eggs ahead of time and hold them at temperature. Guests arrive: Apply sauce.”

So far I’ve used the water circulatir to cook steaks and porck chops, eggs, even artichokes and carrots. I’m completely devoted, at least until Prime Day next year. How long, I wonder, does Arnold think I’m going to have the circulation heater front and center of my dinner prep game? “It’s like anything, if you put it in the pantry you will never use it,” he said, recalling a hand-crank pasta maker he once had bolted to a wheeled marble countertop. “I had fresh pasta almost every day. Then I moved and lost the space. Haven’t made pasta at home since. Nothing in cooking is necessary. Keep it on the counter and you’ll use it.”