This summer as you hurry into the airport, know that it's a workplace war-zone—and labor is winning 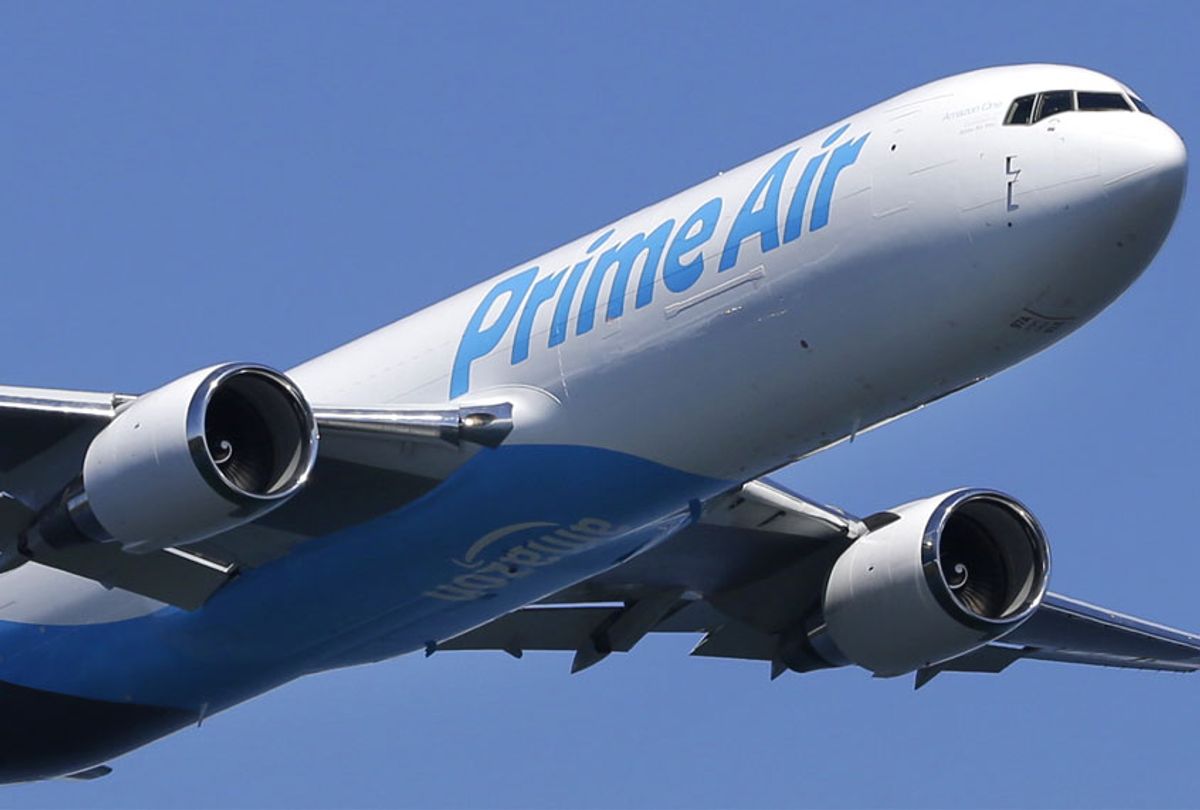 This story first appeared in The Chief.

After years of decline in the American union movement, there is evidence of a revival within the transportation sector, particularly at the airlines.

The turnabout is notable because it’s widely believed that it was President Ronald Reagan’s mass firing of striking Air Traffic Controllers in 1981 that helped accelerate labor’s diminishing influence.

In the early 1950s, at the height of its power the union movement represented 34.8 percent of the nation’s workforce. According to the Department of Labor’s Bureau of Labor Statistics, this year it represents 10.5 percent.

Nowhere was that retrenchment felt more strongly than in the transportation sector, which in the past, along with the utilities and telecommunications industries, were the most-unionized in the private sector.

According to the BLS, in 2000 1.8 million of the transportation sector’s 8.1 million workers, were unionized. By 2017, the total workforce had grown to 8.8 million, but those represented by unions had dropped to 1.3 million.

Last year, the Transport Workers Union of America prevailed in a National Mediation Board election and won the right to represent 5,000 flight attendants with JetBlue. The parent union of TWU Local 100 had already represented 14,000 airline mechanics across the country.

Across the country, 11,000 workers who provide the catering for millions of air travelers annually have organized under the UNITE HERE banner in dozens of cities in a drive to raise their meager compensation and improve their health-care coverage.

This workforce, like the JetBlue flight attendants, is covered under the National Railway Labor Act and union contracts are amendable, with the terms of the last contract carrying over until a new deal is reached. Strikes or lockouts are prohibited unless the parties are released from negotiations by the National Mediation Board.

In a vote at Newark’s United Airlines kitchen, almost three-quarters of the workers voted to join the union, which now has national traction.

In a late June Port Authority of New York and New Jersey public meeting, dozens of UNITE HERE Local 100 members turned out to ask for the Commissioners’ intercession with the airline caterers in their first contract negotiation.

Carol Walter has been with Sky Chef for 34 years, receiving the minimum wage.

“I work in a cold room,” she said. “My company gave me a jacket, but I don’t have protection for my head, my feet, or my hands. I work 10-to-12 hours in the freeze,” and she is paid minimum wage “as American and Delta are making more money than ever.”

“More than 11,000 workers across the country have voted to authorize a strike when released by the National Mediation Board,” said union member Jenny Carpio. “This is the largest-ever such vote in the U.S. airline catering industry.”

She continued, “Our demands are simple. We need a living wage and affordable health insurance....We refuse to sit back and watch the airlines make billions in profits while we barely scrape by. We are demanding that one job should be enough to survive in the airline catering industry.”

Last year, after an aggressive campaign by Service Employees International Union Local 32BJ, the transportation agency committed to substantial raises for thousands of airport workers, culminating in a $19-an-hour wage by 2023.

John Samuelsen, president of the TWU of America, said that he sees transport workers and Teachers as being at the forefront of a labor revival in even some of the nation’s most conservative states like West Virginia, where last year Teachers prevailed in a statewide strike.

“The amount of organizing going on in transportation is tremendous,” he said in a phone interview. “Transport workers are waking up. The new bosses in the transportation industry are the new robber barons. These are folks that might as well be living in the 1880s.”

Mr. Samuelsen said that in many ways it is the management culture in the industry that’s helping build support for the trade-union movement.

“The airline industry is at the height of its wealth right now and getting richer and richer and doing what multinational corporations do: try to make their workforce poorer,” he said. “There is a total whip-cracking mentality when it comes to workers, so worker morale is low. When worker morale is low, that leads to a worse customer experience.”

From a union perspective, Mr. Samuelsen observed, organizing a workforce covered by the National Railway Labor Act, which was enacted to ensure the reliability of transportation, has some major advantages.

“It is a guaranteed dues payment and you are not dealing with something like the Janus decision” where public-sector workers can opt-out of membership, he observed. “And we have workers in Florida, Texas and Oklahoma where they are 100 percent dues-compliant and state right-to-work laws mean nothing.”

To remain relevant in an economy where the terms and conditions of employment are increasingly skewed to the companies’ advantage through web-based applications, Mr. Samuelsen believes requires organizing drives that can connect with the broader public about the issues at stake.

“As we go forward, we need to develop organizing models that are a crossroads between organizing and a political operation because the idea that these huge cyber-platform industries can make billions and can avoid direct organizing drives is extremely harmful to working America,” he said.

Michael Russo, is a veteran pilot with the Airline Professionals Association, Teamster Local 1224, which represents 2,000 pilots who are flying the cargo jets that carry the products of Amazon and other web-based retail operations that have upended America’s bricks-and-mortar business model.

They are also covered under the Railway Act and are working under a contract that expired in 2011.

In February of this year, the crash of an Amazon-chartered Boeing 767 30 miles southeast of Houston's George Bush Intercontinental Airport killed three crew members, two of whom were members of the Local. The cause of the crash is under investigation.

“This has been a really intense time,” he said in a phone interview. “On the good side, we are happy to see the growth, but can the growth get through the choke-point” of training all the new pilots the industry needs?

In addition to the stagnant wages, Mr. Russo said the frenetic growth in package volume puts the pilots at risk of burnout. It has also given rise to a culture of deferred maintenance on the aging jet-cargo fleet, which includes older passenger jets converted to freight service.

“Training and maintenance don’t produce revenue,” he said, adding that under the management culture both get cheated.

“It’s true that we have regulations about flight times, duty time and rest time which includes a requirement of one 24 hour-break over seven days, but you can work six days, and they are always asking people to come in on their day off,” Mr. Russo said. “And fatigue is really cumulative. You can stretch yourself for weeks, even a few months, but for the last two or three years now that’s the way it has been. And that starts to take a toll on you physically and at home, because that’s even more time away from your family.”

Under the terms of the existing contract, there are salary-step increases for the first five years, “but if you have been there for 15 years like I have, you won’t see a raise until there is a new contract.”

The uptick in labor organizing in the transport sector comes as polling data indicates that 55 percent of Americans have a favorable opinion about unions, compared to 33 percent who disapprove.

Multiple economic studies have linked the labor movement’s decades-long decline and stagnation of wages across the entire economy and the nation’s increasing concentration of wealth at the upper levels.

According to the Pew Research Center, over the last few years, workers have seen some very modest wage gains. Yet, Pew reports “after adjusting for inflation...today’s average hourly wage has just about the same purchasing power it did in 1978, following a long slide in the 1980s and early 1990s and bumpy, inconsistent growth since then.

Pew’s analysis continues, “In fact, in real terms average hourly earnings peaked more than 45 years ago: The $4.03-an-hour rate recorded in January 1973 had the same purchasing power that $23.68 would today."

Even in this prolonged period of stagnant wages, BLS data documented a significant wage advantage for union workers, who average $1,051 a week, compared to non-union workers who earned just $860.