The same Russian online troll farm that meddled in the U.S. presidential election has also taken swipes at Canada. 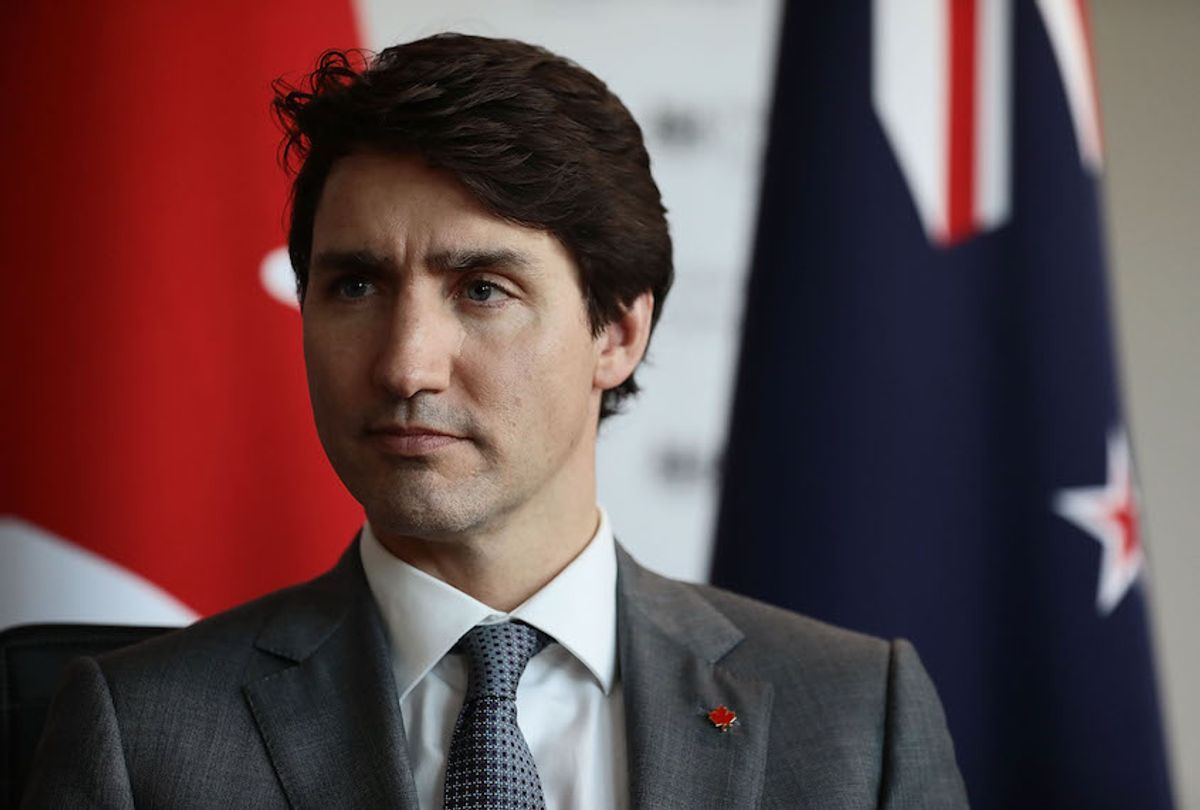 Russian troll activity on Twitter aimed at influencing public opinion has attracted a lot of attention in the United States and other western democracies. Canadians may feel it’s not an issue here. But a recent examination of Twitter data suggests there are reasons to be concerned as the country heads into a federal election.

Here’s why: Our research shows Russian trolls were trying to stoke divisions among Canadians by tweeting fake news stories and Islamaphobic statements after the Québec mosque shootings in 2017. The Russians have used similar techniques to disrupt and sow dissent in other countries. It’s reasonable to assume the same thing could happen in advance of the October election.

The Québec mosque terrorist incident on Jan. 29, 2017, was a horrific event that created a great deal of fear among Muslims living in Canada and elsewhere. Although Alexandre Bissonnette, a man with links to white nationalism, confessed to murdering the six Muslim victims and injuring many others, some media outlets initially focused on a Moroccan man as the alleged terrorist on the first day, reinforcing the stereotype of Muslim men as terrorists.

We also found the majority of social media users on Twitter showed sympathy towards the victims. To a lesser extent, we found that fake news stories were discussed mostly in relation to Fox News channel’s initial promotion of a Moroccan shooter (mentioned 1,335 times). The Moroccan discussed was in fact a witness to the shooting.

An antagonistic community promoted this false news as a way to attack mainstream media, especially CNN (referenced 119 times) for allegedly hiding facts and information about the identity of the fictitious Moroccan shooter.

The most retweeted post, ranked No. 102, retweeted 19 times and recorded in our notes, was from @SouthLoneStar: “RT @SouthLoneStar: "Seems like #QuebecShooting suspect is a Moroccan Muslim who claims to be a white nationalist. Sorry for spreading m… https://t.co/JJvdcMTl3b.”

To further investigate, we did a simple Google search and found that SouthLoneStar was actually a Russian troll whose account was later removed by Twitter. This user had posted highly divisive messages and fake reports about Muslims, including a viral photograph of a Muslim woman in a hijab, wrongly characterized as casually talking on her cell phone while ignoring a victim of the Westminster terrorist attack on March 22, 2017.

We decided to examine this user in more detail, so we followed three procedures.

First, we used the Twitter dataset released on the 3,836 Russian Internet Agency trolls. We found that SouthLoneStar created an English account on Nov. 25, 2015, describing himself as: “Proud TEXAN and AMERICAN patriot #2a #prolife #Trump2016 #TrumpPence16 Fuck Islam and PC. Don’t mess with Texas!” As a self-proclaimed alt-right member who followed the account of Pepe the frog (@pepethetroll), he used the display name of “Texas Lone Star” and had 53,999 followers and was following 49,272 other users. In comparison to other Russian trolls, he is ranked No. 22 in terms of the highest number of followers.

Then we used the Internet Wayback machine that provides a historical snapshot of the internet and so therefore includes some suspended users. We found a few captures and saved them to share.

Lastly, to provide even more depth to our analysis, we examined the dataset offered by Twitter on Russian trolls that contains 9,041,308 tweets. We extracted the relevant tweets that referenced "Québec” and found 211 messages posted by Russian trolls about the province.

This dataset contains a variety of messages, including some irrelevant ones and a few that blamed Trump for not condemning the Québec mosque shooter. The majority of posts were similar to those spread by SouthLoneStar.

As others have asserted elsewhere, many Russian trolls supported Donald Trump in his bid to become president of the United States, but we also found evidence that they aligned themselves with the far-right community in Canada.

This is mostly done through retweeting fake news stories, conspiracy theories and controversial or sensational stories that the far right thrives on. To give an example of a sensational story, another Russian troll calling herself Celestine Baker (cellsstitr) retweeted Faith Goldy’s post on Québec’s refugees:

Goldy was recently banned from Facebook and Instagram because of her controversial views regarding immigration, religion and race.

The far right in Canada and elsewhere who refused to acknowledge that the mosque shooter was a white nationalist were actually supported by Russian trolls like SouthLoneStar and many other ones who worked together in a tightly knit online community that promoted a Russian conspiracy theory as well as many other anti-immigration views.

Another Russian troll named Ten_GOP, who had the third highest number of followers (147,767) among all Russian trolls, stated his objection to Canadian social diversity on Nov. 19, 2015, when he tweeted: “Multiculturalism inevitably leads to conflict, division and terrorism… #Quebec.”

We think that more in-depth analysis of other Canadian-related issues needs to be conducted to understand the nuances of each issue and how other fake news stories spread. This is especially important before and during Canada’s federal election this October.

Fake newsmakers will likely focus on immigration, LGBTQ, climate change, employment and the economy: these issues can influence voters’ sentiments towards Canadian political parties. More critical eyes are needed with independent observers that can identify fake stories without being swayed by their biases.