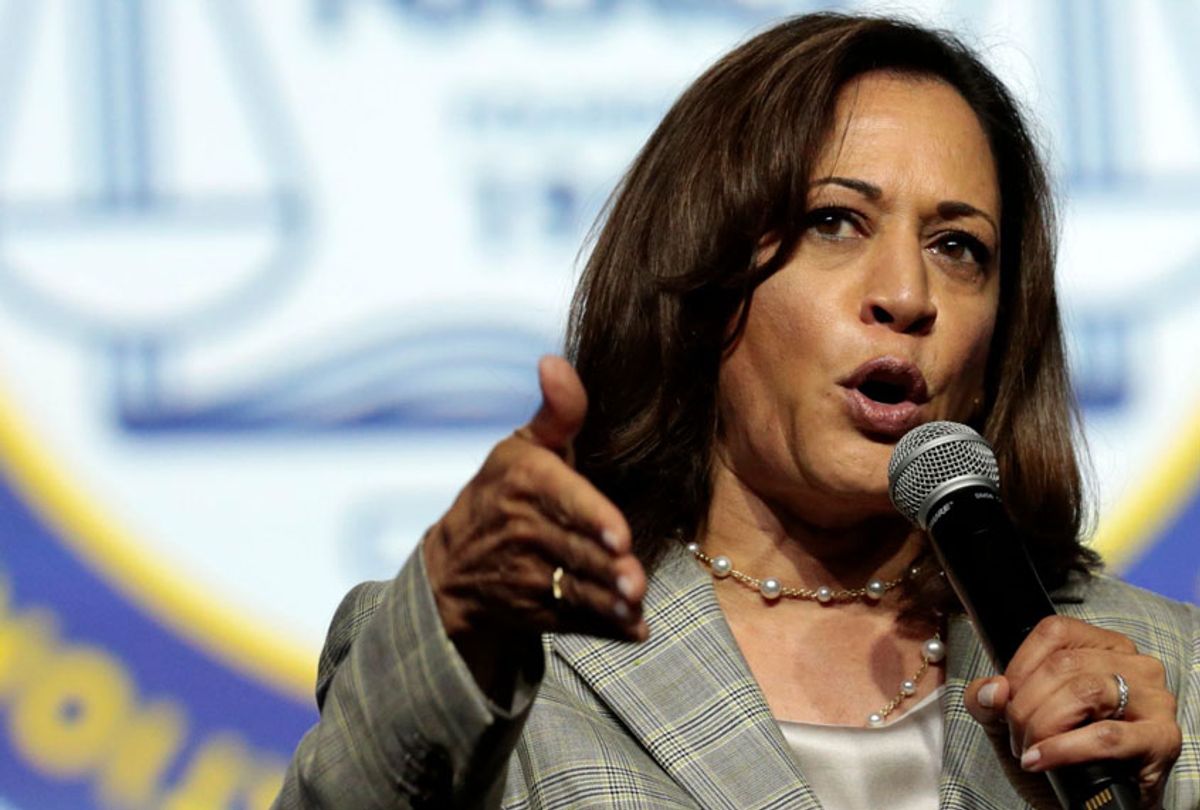 Democratic presidential candidate Kamala Harris unveiled details of a health care plan on Monday that would gradually move every American into a government-sponsored "Medicare for All" system within ten years, while allowing private insurers to offer competing plans.

The measure would also allow people to purchase supplemental insurance to cover care that isn't publicly reimbursed, as long as commercial plans meet the care standards of the government plan.

"This plan will reduce our country's health care costs and lower Americans' out-of-pocket costs, all while extending health insurance coverage to every American," the California senator wrote in a Medium post detailing her proposal.

Harris's proposal, which her campaign revealed just days before she is set to take the stage in Detroit for the second Democratic debates, would eventually replace employer-sponsored coverage.

Harris's proposal did not offer many details about how the transition would work or how it would be financed, but Harris vowed not to raise taxes on families making less than $100,000 to pay for the plan.

In her post, Harris pointed to the Medicare for All plan proposed by Sen. Bernie Sanders, I-Vt., and noted that she likes some of the senator's options for how to pay for his plan, including an income-based premium paid by employers, higher taxes on the wealthy and taxing capital gains at the same rates as ordinary income.

"I think these are good options, especially making the top 1% and corporations pay their fair share through a more progressive income, payroll, and estate tax," Harris wrote.

But Harris expressed concern about one of the potential ways that Sanders has suggested paying for his plan: a 4%, income-based premium for households making more than $29,000.

"I believe this hits the middle class too hard," she wrote. "That’s why I propose that we exempt households making below $100,000, along with a higher income threshold for middle-class families living in high-cost areas."

"Together, these proposals would raise well over $2 trillion over ten years, more than enough to make up the difference from raising the middle-class income threshold," she said.

Harris also explained that her health care plan would likely cost less than Sanders's because she calls for a 10-year phase-in.

"By extending the phase-in period to ten years, we will decrease the overall cost of the program compared to the Sanders proposal, and we can save additional money by accelerating delivery system reforms and value-based care that rewards meaningful outcomes," Harris said.

In response to Harris's proposals, Sanders's campaign manager Faiz Shakir argued Harris's plan is "folding to the interests of the health insurance industry," which he called "bad policy" and "bad politics."

"Call it anything you want, but you can't call this plan Medicare for All," Faiz Shakir said in a statement Monday afternoon. "This plan is centered around privatizing Medicare, enriching insurance executives and introducing more corporate greed and profiteering into the Medicare system."