What "Yesterday" — and everyone else — forgets about the Beatles

Does "Yesterday" squander the opportunity to explore the political aftermath of 1960s rock? 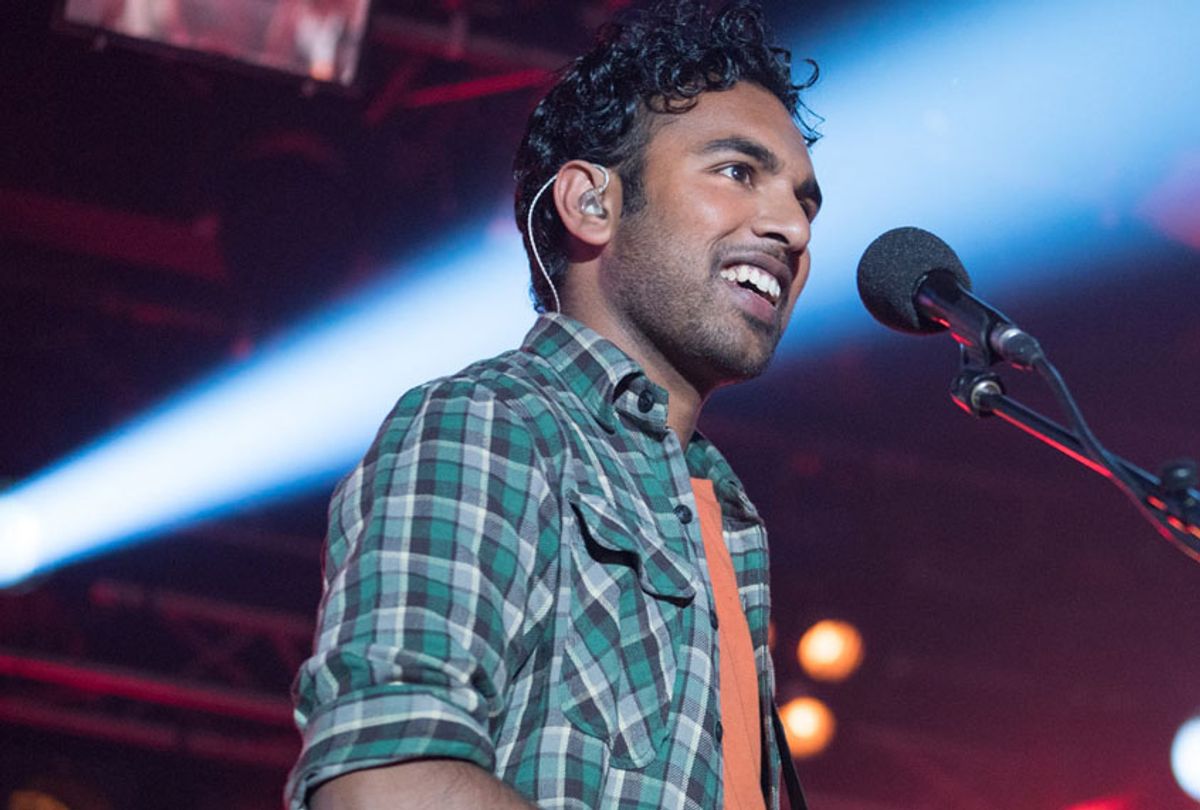 Excerpted from MIT Press with permission

Spoilers ahead! The following article reveals major plot points from the film "Yesterday."

Fans of Richard Curtis’ rom-coms (and based on his box office numbers there must be tens of millions) will find in "Yesterday" many of the pleasures that drew them to "Four Weddings and a Funeral," "Notting Hill,"  "Love, Actually" and "Bridget Jones’s Diary." This film, however, has a fantasy dimension that the others did not. An unsuccessful singer-composer, Jack Malik, awakens from a bicycle accident into a world in which the Beatles never existed. Their catalog of songs is gone, and after a moment of moral hesitation, Jack resolves to present them as his own. In "Yesterday"’s universe, these quintessential 1960s songs are as popular as they were in our universe, and make Jack an overnight star.  Some critics have liked "Yesterday," but many were disappointed that the film does not treat its clever premise more seriously — or that the film squanders the opportunity to explore the meaning of the Beatles' music today.

The Beatles are routinely named one of the influential rock bands of all time. Even today, four of their albums occupy places 10, 5, 3 and 1 in Rolling Stone’s list of the 500 greatest. In the film, 17 of their songs are performed or quoted, ranging from early hits such as "She Loves You" to late ones such as "Hey, Jude." With the exception of a joke or two about lyrics (why does "Back in the USSR" refer to the defunct state?), no one seems to think that the songs are behind the times. No one seems to notice the Beatles’ musical evolution: Jack presents "I Want To Hold Your Hand" and "Strawberry Fields" as if he had written both in the last month.  Jack is hailed as a musical genius who can fashion “timeless melodies.”

The Beatles’ music was in fact very much a product of its time. After the Second World War, the status of the popular culture, and particularly popular music, rose dramatically. Young people in the US (and eventually in the UK and other Western countries) had more disposable income as well as a desire for new forms of music distinct from the music of their parents’ generation. In America, post-war jazz filled this role for some, but the simpler and more danceable rock and roll quickly came to dominate youth culture. Chuck Berry’s 1956 song “Roll Over Beethoven,” later covered by the Beatles, captured what was happening. Berry invoked Beethoven to represent the music of high culture that rock and roll was replacing — for his youthful audience. Growing up in Liverpool in the 1950s exposed John Lennon and Paul McCartney to waves of American rock and roll. They imitated these styles in their early years, but then from about 1960 to 1970, produced a series of songs and albums that marked their search for a characteristic sound. They weren’t alone, of course. By the second half of the 1960s, many other “psychedelic” or “progressive” groups were also consciously expanding the musical dimensions of rock and roll, and critics were beginning to compare rock music to traditional elite forms of music and art.

Throughout the first half of the 20th century the aesthetic known as Modernism defined elite music and art, and in modernism the hallmark of art was stylistic development. Serious elite artists didn’t stand still; they developed their style over their careers. Now the most influential rock musicians, such as the Beatles, were becoming popular modernists, developing a style that was both their own and of their time. From "Rubber Soul" (1965) to "Abbey Road" (1969) the Beatles music followed this aesthetic arc, becoming more eclectic and complex. The arc concluded soon after with the breakup of the band, and this along with the deaths of a several key performers (Jimi Hendrix, Janis Joplin, and Jim Morrison) marked the end of an era in rock music.

But rock wasn’t just a revolution in the styles of popular music. The rock and the folk movements of the 1960s saw their music as defining a way of life. Stars such as John Lennon and Bob Dylan were elevated to the status cultural heroes, figures who had moral and political authority and changed people’s lives. This was something new at the time. In the 1930s or 1940s it was hard to imagine that a musical performer, although vastly popular, could fashion himself or herself into this kind of cultural and political personality. The political engagement of movie stars and singers of that earlier era was largely limited to charities and entertaining the troops during World War II under government auspices. Later in the twentieth century, there was nothing surprising about the political engagement of Bob Geldof or Bono or the social and political dimensions of gangsta rap. It was the 1960s when popular music became political in this sense.

John Lennon was the most politically engaged Beatle. Paul McCartney and the Beatles’ producer, George Martin, were the forces beyond the stylistic experimentations of "Abbey Road" and the "White Album." Lennon married the avant-garde artist Yoko Ono, and together they turned their lives into a political performance (which was in keeping with the avant-garde of the 1960s). At this time youth culture itself was becoming vocally and sometimes militantly political. American students were protesting the war in Vietnam, and in 1968 French students seemed on the brink of overturning the government. Lennon used his enormous popularity to generate support for political change. He had millions of fans and commanded instant press attention when, for example, he and Ono staged their “Bed-ins for Peace” in Amsterdam and Montreal.

A 78-year-old version of John Lennon makes a brief appearance at the end of "Yesterday." Jack Malik has just discovered that Lennon is indeed alive, although the Beatles never existed. (Presumably Paul, George and Ringo are also leading obscure lives somewhere.) Lennon apparently became a seaman (like his father in fact) rather than a musician and lives in a comfortable retirement in a cottage by the sea, where he makes drawings that look suspiciously like the kind of art that Lennon himself produced. He tells Jack that he has had a satisfying life, above all because he pursued and won the woman he loved. (We are never told her name, but it was certainly not Yoko Ono.) John’s advice is a plot device that inclines Jack to decide to make the Beatles’ songs available for free and choose an obscure life with the woman he loves. The ending of "Yesterday" stays true to the real John Lennon’s conviction that “all you need is love.” But it interprets the message as an exclusively personal one about how to be a happy individual. For Lennon it was also a political message — that love could overcome hatred, end war and reorder society. The film ignores that deeper message from the age of “flower power,” which today seems as quaint as the lyrics to “I Want to Hold Your Hand.” "Yesterday" itself recalls nothing of Lennon’s political commitment. The political revolution that Lennon and his generation dreamed of never happened — not in the UK, which turned ten years later to the “Iron Lady,” Margaret Thatcher, and not in the USA, which elected Ronald Reagan.

In an important sense, then, "Yesterday" is not a fantasy at all. The world that Jack wakes up in — the world that has forgotten the Beatles — is the one we live in today. We have forgotten the political revolution of the 1960s, because (with the crucial exception of the Civil Rights movement) it largely failed. And we have forgotten the Beatles’ role in the tectonic cultural shift of the second half of the twentieth century, because it has succeeded so completely. Popular entertainment forms, such as rock music, hip hop, Hollywood film, science fiction, and comics have achieved the same cultural status as classical music, “serious” fiction and poetry, and the elite visual arts. Such cultural preferences are now regarded as simply a matter of taste. The Beatles were never more popular than Jesus, as Lennon had infamously claimed in an 1966 interview, but by the end of their decade of musical achievement, the Beatles were certainly more popular and in some ways just as culturally influential as Beethoven.

Jay David Bolter is Wesley Chair of New Media and Codirector of the Augmented Media Lab at Georgia Institute of Technology. He is the author of "The Digital Plenitude: The Decline of Elite Culture and the Rise of New Media."