Technology companies used to be widely seen as having a positive impact on society. That's no longer true 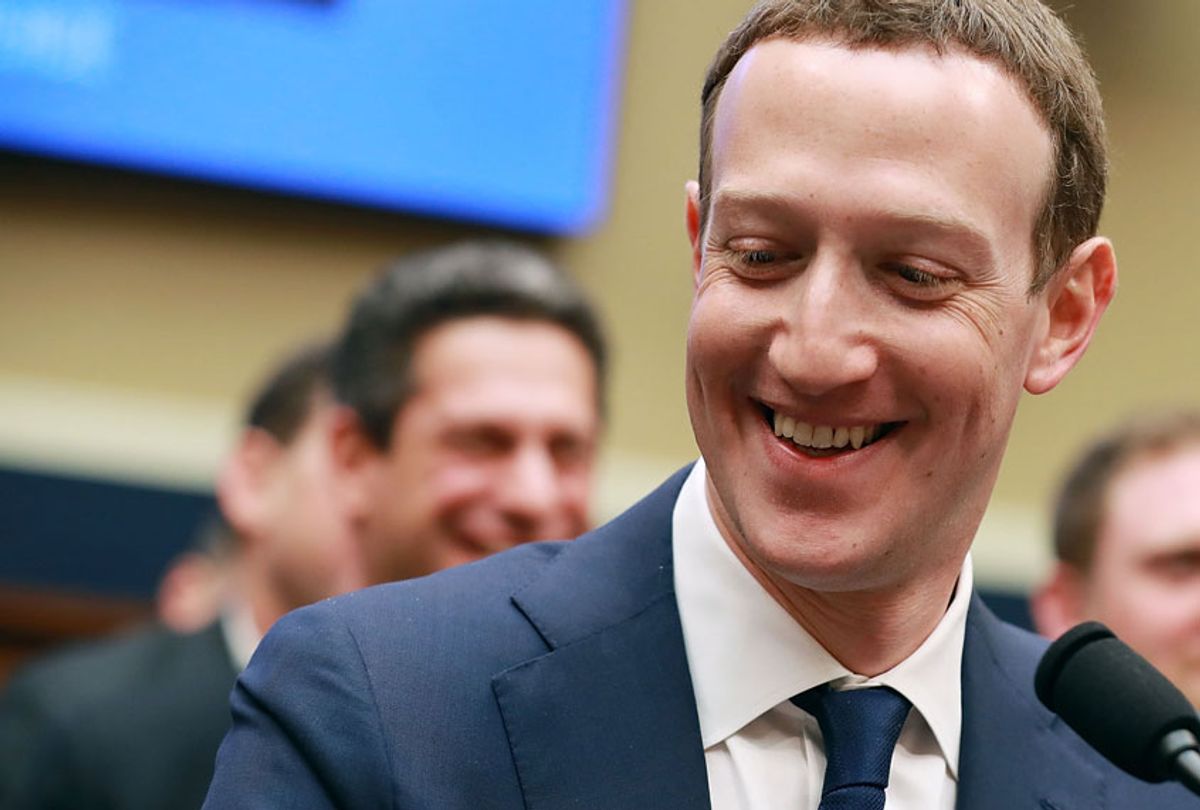 Facebook co-founder, Chairman and CEO Mark Zuckerberg smiles at the conclusion of his testimony before the House Energy and Commerce Committee in the Rayburn House Office Building on Capitol Hill April 11, 2018 in Washington, DC. (Getty/Chip Somodevilla)
--

The tech industry has always benefited from the fact that the term "technology" is synonymous with "progress" in many people's minds. Yet after years of bad PR, it turns out that sunny veil has lifted.

According to new Pew Research Center data, Americans are more likely to view Silicon Valley giants like Facebook and Google as mistrustful swindlers — whereas just a few years ago, more Americans believed tech companies were having a positive effect on our world.

"Four years ago, technology companies were widely seen as having a positive impact on the United States," Carroll Doherty, Pew's director of political research, and Jocelyn Kiley  an associate director of research, wrote in a blog post about the poll. "But the share of Americans who hold this view has tumbled 21 percentage points since then, from 71% to 50%."

According to a new survey, the percentage of Americans who hold negative views of the effect technology companies have on the country has doubled over the last few years, from 17 percent to 33 percent. One in five of people polled were neutral, and believe the impact of technology companies has neither a positive nor a negative effect on the country.

Interestingly, the partisan gap between Democrats and Republicans is small. The new data shows that Democrats and Democrat-leaning independents are 10 percentage points more likely to say technology companies have a positive effect on the country, compared to Republicans and those who lean more toward the right. The accumulative decline has overall been seen on both ends of the political spectrum.

The new data echoes what previous Pew Research Center surveys have found. In 2018, 55 percent of Americans polled by the Center said tech companies have too much influence and power. Seventy-two percent said it was likely that social media companies intentionally censor political viewpoints. A separate Pew Research Center survey from earlier this year found that the public believes social media companies have a responsibility to remove offensive content from their platforms, but that they don't have confidence in tech companies to determine what is offensive.

The data is indicative of a public shift, or boiling rebellion, against tech companies — and it comes at a time when the government is considering how to regulate tech giants. Last week, The Justice Department announced would open an antitrust review into how big tech companies had accumulated market power. Facebook was slapped with a $5 billion fine  for repeated data violations on the platform, and the Federal Trade Commission (FTC) initiated a separate legal action against Cambridge Analytica for deceptively harvesting personal information from millions of users.

Big Tech is likely to be a major issue during the next presidential election season, and it has already become a key talking point for Democratic presidential candidates. Last week, Democratic candidate Rep. Tulsi Gabbard (D-Hawaii) filed a federal lawsuit alleging that tech giant Google infringed on her free speech when it paused her campaign's advertising account for six hours after the Democratic presidential debate on June 28.

As Salon has previously reported, this shift in perception is not just a public phenomenon, but is occurring among those who work in the industry.