Silicon Valley, once a bastion of libertarianism, sees a budding socialist movement

Defying their overlords, tech workers are organizing and demanding democracy in the workplace 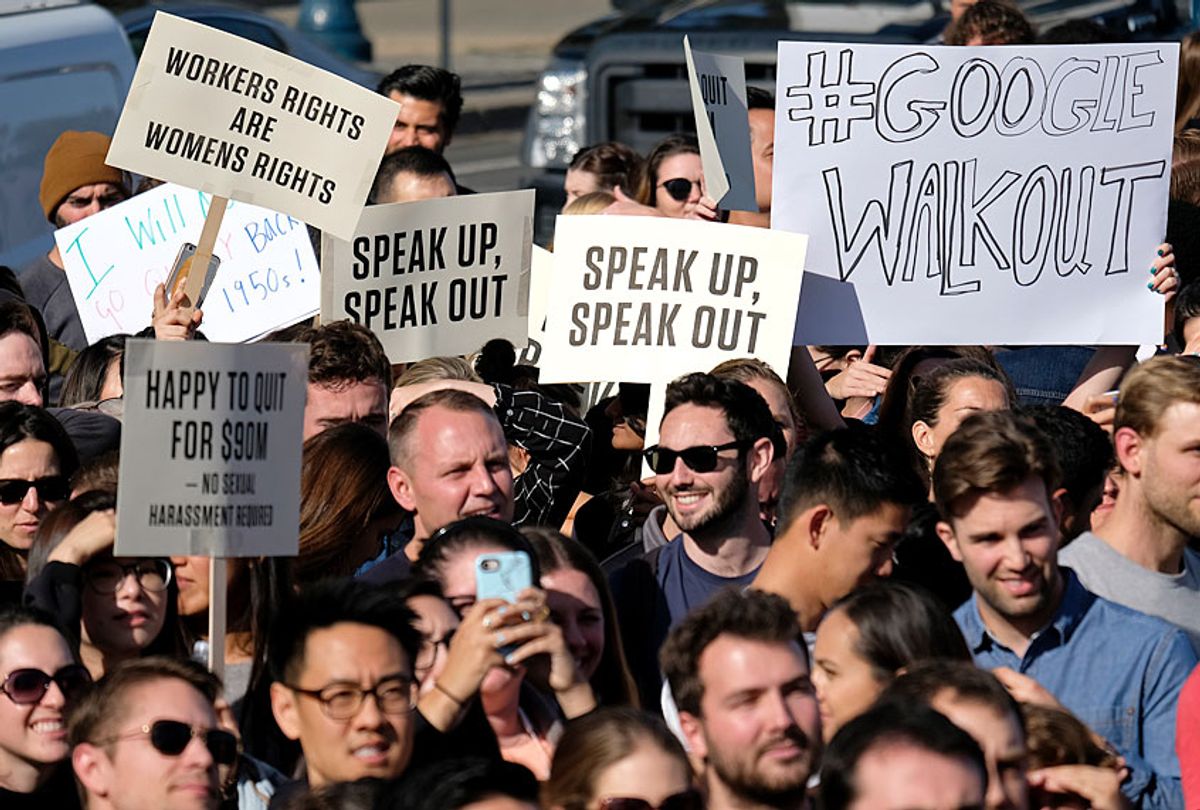 In mid-March the employees at Kickstarter, a crowdfunding platform, announced their plans to unionize. Those efforts are ongoing, but if successful this would be the first union of white-collar employees at a major tech company.

The workers' Kickstarter campaign is not the first attempt, though, or even the first time rumblings of unionization, have circulated among programmers.

In 2018, software engineers at the startup Lanetix announced their intent to unionize — and were promptly fired by management (It is illegal to fire employees for trying to unionize). The National Labor Relations Board intervened, and ultimately forced Lanetix to pay the 15 fired engineers a total of $775,000. The show of worker power at Lanetix may have paved the way for Kickstarter's workers.

Similarly, workers across the video game industry — generally among the most overworked, underpaid workers within the tech industry — have been making steps towards unionization. Game Workers Unite, profiled by Salon last year, is building a grassroots movement to organize the ranks of video game makers.

Together, this suggests that a small but visible movement for white-collar software engineers unionizing has been gaining steam in the Valley over the past few years — suggesting that the people who make up the tech industry, once a bastion of libertarianism, are starting to understand the often subtle ways that their employers exploit them. This manifests itself both in the movement to organize workers as well as in the politics of the tech workers themselves, many of whom align themselves with socialist groups like the Democratic Socialists of America.

Though small, the growing ranks of socialists within the tech industry would mark a major political shift from the tech industry of yore. For decades, libertarianism was part and parcel to the tech industry. Despite a grueling work culture and a high-profile collusion scandal among major tech corporations to suppress software engineers' wages, tech workers were more likely to see themselves as future founders than an exploited underclass — a point of view encouraged by employers through high wages and generous, often absurd office perks. Recent developments suggest such endearing tactics are no longer working.

The tech industry is certainly no stranger to unions; many of the blue-collar workers at companies like Verizon and AT&T are unionized. Likewise, digital journalists are rapidly unionizing in the digital media world. Yet the effort to organize the most well-heeled white collar workers in tech, such as software engineers and data analysts, is novel — which is why the Kickstarter union effort could be so historic.

People who work in the tech industry spoke to Salon of a budding labor movement, and a concurrent tide of democratic socialists, within their ranks.

Ahmad said he was drawn to democratic socialism partly because he is a first-generation immigrant, and partly because he works in the digital advertising field, which is dominated by two giants, Facebook and Google.

"Being that roughly 85 percent of the ad marketplace at this point are those two companies, and it's basically impossible to look at that ecosystem and not think those two companies are monopolies, and to not want to do something about that, and to say, 'Hey, there are all these people who have concerns about privacy,'" he said.

"Not very many, even Democrats, talk about that," he said. "And I think the libertarian trend that led to this. I think that thinking was what led to companies being like: 'Hey, Google should be as big as they can be.'"

While the 1998 Microsoft lawsuit brought by the Department of Justice may have prevented Microsoft from becoming a monopoly, nearly 20 years later, a new crop of giants dominate the online landscape. Despite recent Congressional hearings, there has been little real legislation passed in the United States to regulate tech's power.

Ilica Mahajan, an engineer based in San Francisco and a member of the local Democratic Socialists of America (DSA) chapter, told Salon she sees more socialist-aligned conversations happening in tech, too.

"I do feel that in some ways, some conversations, are growing," she said. "I think it's really cool that Kickstarter engineers are trying to unionize, and I think that the Google one-day walkout, and the list of demands that they had, was really cool."

She said being in tech and having socialist views can be disheartening at times, pointing to the conflict that occurred with a recent proposition on the San Francisco ballot, known as Proposition C, that would tax wealthy businesses in order to help combat homelessness. Tech billionaires and millionaires spent millions to defeat it.

"There were a bunch of companies where either the company or the CEO of the company donated money against Prop C, since it was going to cut into their profit," she said. "And this became a thing that was very difficult for comrades who were working at these companies to swallow, because they are participating in organizations that have endorsed this proposition because they think it's the right thing — that we take care of our homeless neighbors. And yet, their labor is directly contributing to money being spent in the opposition campaign."

Darby Thomas, a product designer who moved to San Francisco for a tech job, told Salon last November she got involved in the "Yes to Prop C" campaign by way of the Democratic Socialists of America San Francisco chapter. At the time, what likely motivated tech workers to get involved was their lack of trust in upper management, she said.

"I'm being well-compensated now but how long will that last?" Thomas said. "I have a sense I'm closer to homelessness than a jackpot liquidation."

Matthew Pancia, an engineer in Silicon Valley, told Salon that tech workers are generally a liberal group of people, with liberal social views, but they often align themselves with "an overarching and really oppressive technolibertarian vision of Silicon Valley" — referring to the industry's growing reliance on contract workers and tendency to create incentive packages that largely reward the people at the top.

Mahajan said it became a "very difficult and conflicting problem."

"You feel like you can't win either way," she said. "Either you have this job that you're trying to put food on your table, trying to keep a roof over your head, trying to pay your bills, trying to have all your other self-realizations and your career goals."

Still, not everyone who is involved in social justice organizing within tech actively identifies with socialist tendencies.

Tanuja Gupta, the organizer behind the End Forced Arbitration movement at Google, told Salon the movement has made a conscious decision not to be identified with a specific political ideology.

"However, workers' rights issues are commonly written off as dead on arrival when Republicans are in power," the End Forced Arbitration organizers explained in a Medium blog post. "But in our experience, the case for ending arbitration couldn't have been made better than by those in the GOP."