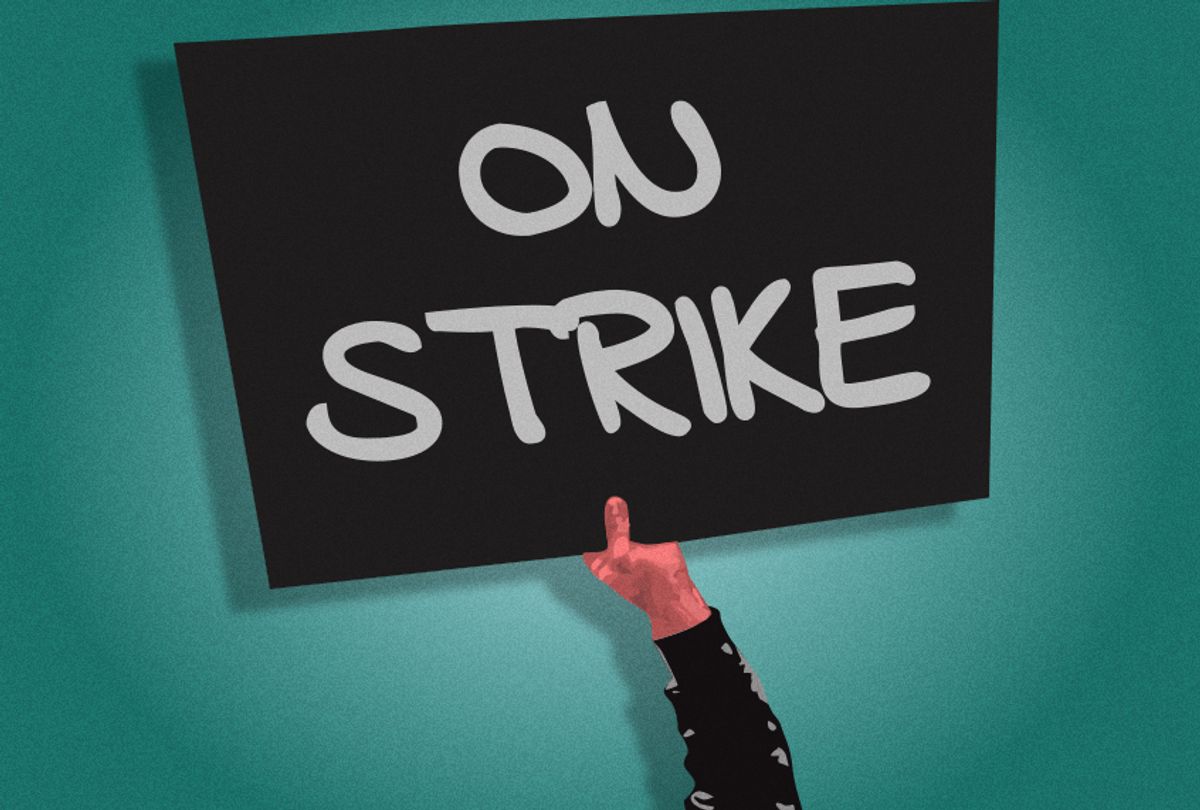 Once considered a trifle (at best) or an escapist vice (at worst), video games are in fact big business. Huge, really: the video game industry was worth $108 billion in 2017, according to Superdata Research — around one-quarter of the value of the overall software industry. The creators of the video game hits today have little in common with their forebears: Myst, the best-selling video game of the 1990s, was created by the brothers Rand and Robyn Miller with help from five friends. Grand Theft Auto V, one of the most popular games of the 2010s, cost $265 million and took a team of over 1,000 workers to create it. Yet despite the vast armies of coders and designers involved in production of games, there is little to no labor organizing of the oft-exploited and overworked employees.

At least, there wasn’t until recently. The tech sector generally has a reputation for being fairly libertarian culturally — in other words, not particularly ripe for a labor movement. Yet the spectacular rise and crash of a once-renowned studio, Telltale Games, has shed a light on the plight of abused developers in a difficult industry. And the fate of Telltale and its workers has a shot at catalyzing unionization across the entire industry.

The digital canary in the coalmine

If you’ve never met someone who works in the game industry, their lifestyles are not glamorous. Well-being of employees is a huge issue: video game makers routinely suffer, terrible working conditions, long work-weeks, sudden layoffs with no severance. Mattias Lehman, a former developer, wrote an essay documenting the situation he witnessed in his four years in the industry: “If you work in the industry, I probably don’t need to explain how we workers are exploited by companies, only to turn around and be abused by the very communities we want to make games for,” he writes. Lehman describes witnessing rampant sexism, a horrible lack of diversity, constant overwork and “abuse of contractors” as norms in the industry.

The recent downfall of Telltale Games epitomizes Lehman’s observations. The once-great company was responsible for rejuvenating the adventure game genre, including making a sequel to the classic game “Escape from Monkey Island.” But it was its popular zombie franchise, 2012’s “The Walking Dead,” that launched the company into growth mode. The game tasked the player with building relationships and making tough choices in a zombie apocalypse, set in the world of the graphic novel series-turned-TV show. By releasing “The Walking Dead” in an episodic format, Telltale hoped to reap more in sales than it would have had it sold it as a one-off. That plan worked: the game was a huge financial success, and after only eight months, sold over 8 million copies of multiple episodes with $40 million in sales.

Telltale grew and acquired more licenses to make games over time; properties like the HBO show “Game of Thrones,” a spinoff of hugely popular video game “Minecraft,” “Guardians of the Galaxy,” and even Batman. Yet the company grew too quickly, too fast and struggled to recreate the critical and financial success of “The Walking Dead.”

In November of 2017, Telltale announced it was laying off 90 developers. Employees at the time were reported to be working under intense conditions, tight deadlines and long hours — something known, in the video game industry, as “crunch”, meaning a time period in which the game is in its final stages of production and employees are rushing to finish a game. Jason Schreier, news editor at the video game website Kotaku and author of “Blood Sweat, and Pixels,” a study of the video game industry, explains that crunch is seen as a necessary evil by some and is the “big ugly side of working in the video game industry.” “It's safe to say that a large percentage of studios incorporate some sort of crunch in their work, which is essentially overtime periods that are very long nights and weekends,” Schreier told Salon.  “It could be weeks. It could be months. It could, in some very rare but horrible occasions, be entire years.”

Developers are very familiar with the social, family and life repercussions of crunch. A developer satisfaction survey conducted by the International Game Developers Association in 2017 reported that 51% said that their job involves crunch time, and another 44% reported working long hours or extended hours that they do not refer to as crunch. And of those who experienced crunch or worked long hours, 37% received no additional compensation.

Games are difficult to make. They take years to develop and perfect. Employees often devote large chunks of their life to the production of a single game. And because of the nature of Telltale Games’ episodic release schedule, the working conditions at the company were described as a “constant” crunch, as reported by The Verge in March.

On September 21st of this year, Telltale Games announced a “majority studio closure.” Approximately 250 were laid off and left with no severance and no benefits, leaving only 25 employees remaining. (Salon reached out to Telltale Games but has received no response.)

The post-layoff state of Telltale’s employees rankled those in and outside of the company. “Layoffs are an inevitable part of doing business, but in this case it appears that Telltale acted negligently,” Lehman writes. “Despite knowledge of their impending contraction, as recently as this month they had continued to hire new workers — people who left other jobs or moved across the country for a new position at Telltale. They now live unemployed in one of the most expensive metropolitan areas in America, some of them with spouses and children to care for.” For Lehman, as with many others, the saga of Telltale’s laid-off employees catalyzed the notion that developers should unionize in order to stop companies from treating them as if they were disposable.

Game Workers Unite is one of the few labor groups working to unionize and advocate for employees in the game industry. While co-founder Emma Kinema (a pseudonym used to protect her identity and prevent becoming blacklisted in the industry) is hopeful in building a grassroots organization of outreach and staying focused on educating employees about the benefits of unionization, she says that breaking the “libertarian tech streak” in games can prove difficult, especially when paired with a large amount of competition in the job market. “There's just so much bad pay, so much job instability, that people are kind of desperate for whatever work they can get — and when workers are desperate, they're less secure to demand better conditions. It's just one other tactic companies keep us down with,” Kinema told Salon.

Sadly, it is common in the industry to lay off workers with no severance or benefits. “I've been laid from companies where I was not offered severance twice now,” Kinema told Salon. “It's just like almost a normalized reality of the industry, which is frankly disgusting.”

In a cutthroat industry, in the absence of employees advocating and organizing for better conditions, labor will continue to be taken advantage of by large corporations. As games continue to become larger and more expansive, the human cost rises. Kinema agrees:

“How many people burned out? How many people had mental breakdowns? How many people ran out of money? How many people didn't go home to see their kids that night while making something like ‘Assassins Creed,’ right? The latest game is so massive, right? You look at a trailer for ‘Red Dead Redemption 2’ and you're just like, ‘How could you have made this if you didn't just overwork your developers?’”