Judge smacks down Roger Stone’s bid to toss out his indictment: "No one but himself to blame"

Jackson pointed the finger at Stone, telling him he has no excuse for the predicament he’s found himself in 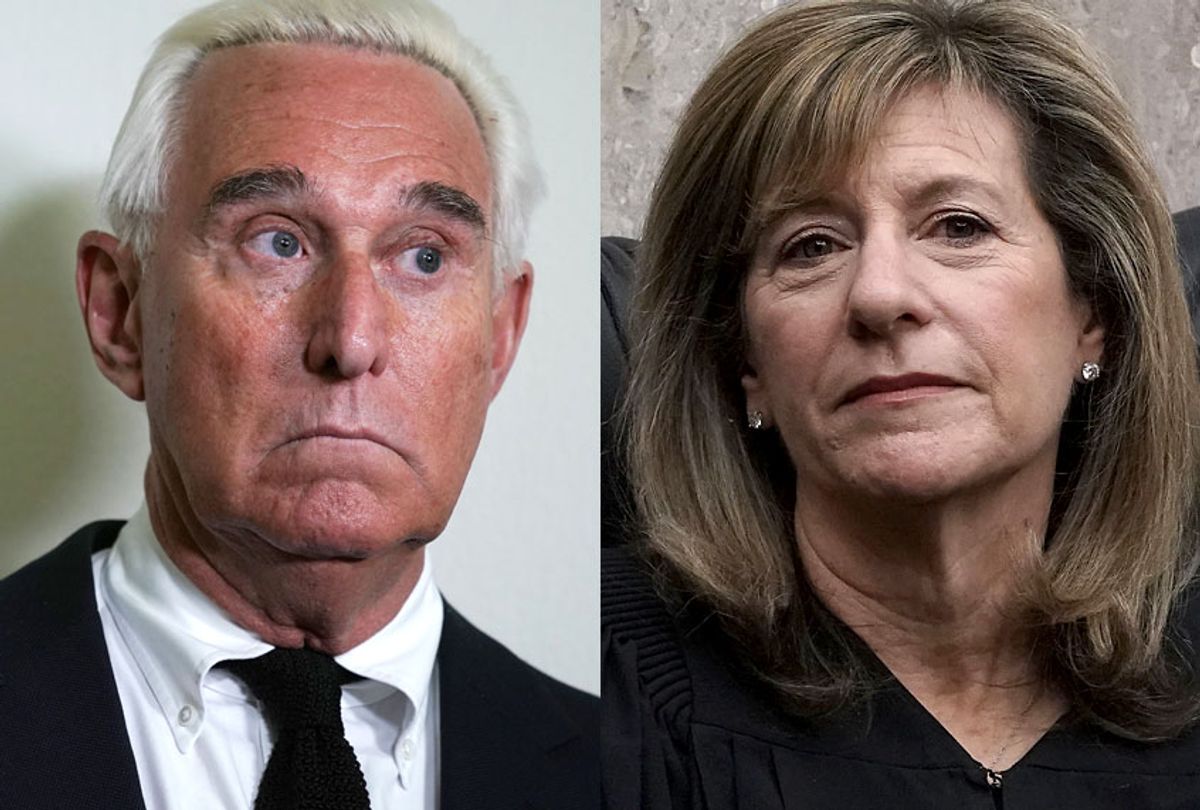 A judge on Thursday smacked down Trump associate Roger Stone’s bid to have his indictment for obstruction of justice, witness tampering and other charges thrown out of court.

Judge Amy Berman Jackson has issued a ruling shooting down Stone’s claim that he was being “selectively” prosecuted for lying under oath. In the ruling, Jackson concluded that Congress did not need to make a prosecution referral to the Department of Justice in order to be prosecuted by the DOJ for perjuring himself, while also concluding the former special counsel Robert Mueller’s appointment did not violate the Constitution.

Jackson then pointed the finger directly at Stone and told him he has no excuse for the predicament that he’s found himself in.

“Based on the allegations in the indictment, which are assumed to be true for purposes of these motions, it is fair to say that Roger Stone has no one but himself to blame for the fact that he was investigated by the Department of Justice,” she wrote. “When he chose to take credit for the Wikileaks release and to tantalize the public with hints that he had inside information about more to come, he chose to place himself directly in the vortex of the issues that became the focus of multiple law enforcement, counterintelligence, and congressional investigations.”