McCain brushes off Tom Steyer in rant against billionaires: "Nothing you’re saying is resonating"

“We already have a billionaire businessman in the White House, and it’s not going so great," the Republican says 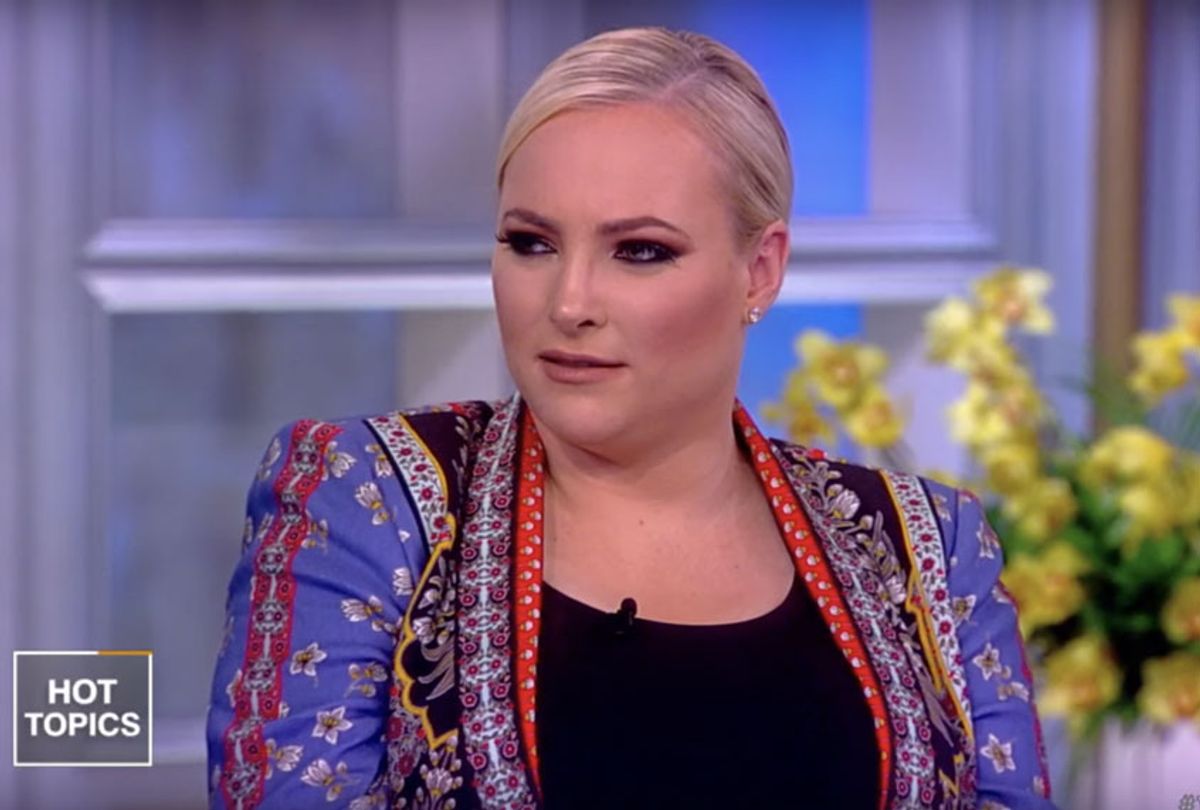 Meghan McCain bluntly brushed off Democratic candidate Tom Steyer’s campaign during his appearance on “The View.”

The Democratic donor-turned-candidate didn’t qualify for either debate, but he promised the talk show’s co-hosts that he would tax the wealthy and corporations to pay for progressive programs.

“We got to tell these guys in big business and all these corporations like Amazon and all of them — Facebook, all of them — you have got to pay your fair share,” said host Whoopi Goldberg. “I want to hear you say it.”

“I absolutely believe that,” Steyer said.

“Say it again,” Goldberg said, as the audience laughed.

“Sure,” said Steyer. “Whoopi was right, Whoopi was absolutely right.”

Steyer sketched out his plan to tax the most wealthy Americans, and co-host Joy Behar asked how he would win over President Donald Trump’s supporters with that message, and McCain jumped into the discussion.

“Mr. Steyer, with all due respect, we had the Starbucks guy on, too, and you are, much like him, a billionaire who has never held elected office, never worked in government, never served in the military,” McCain said. “We already have a billionaire businessman in the White House, and it’s not going so great.”

“One of the few things that unites this table is we think government experience or military experience is important,” she added. “So no disrespect, nothing you’re saying is resonating with me at all.”

The audience applauded her rant, and Behar tried to smooth things over with the dumbfounded guest.

“She means that in a good way,” Behar joked.