"She lied," Hostin said after Gillibrand's claimed Biden made disparaging remarks about women working outside home 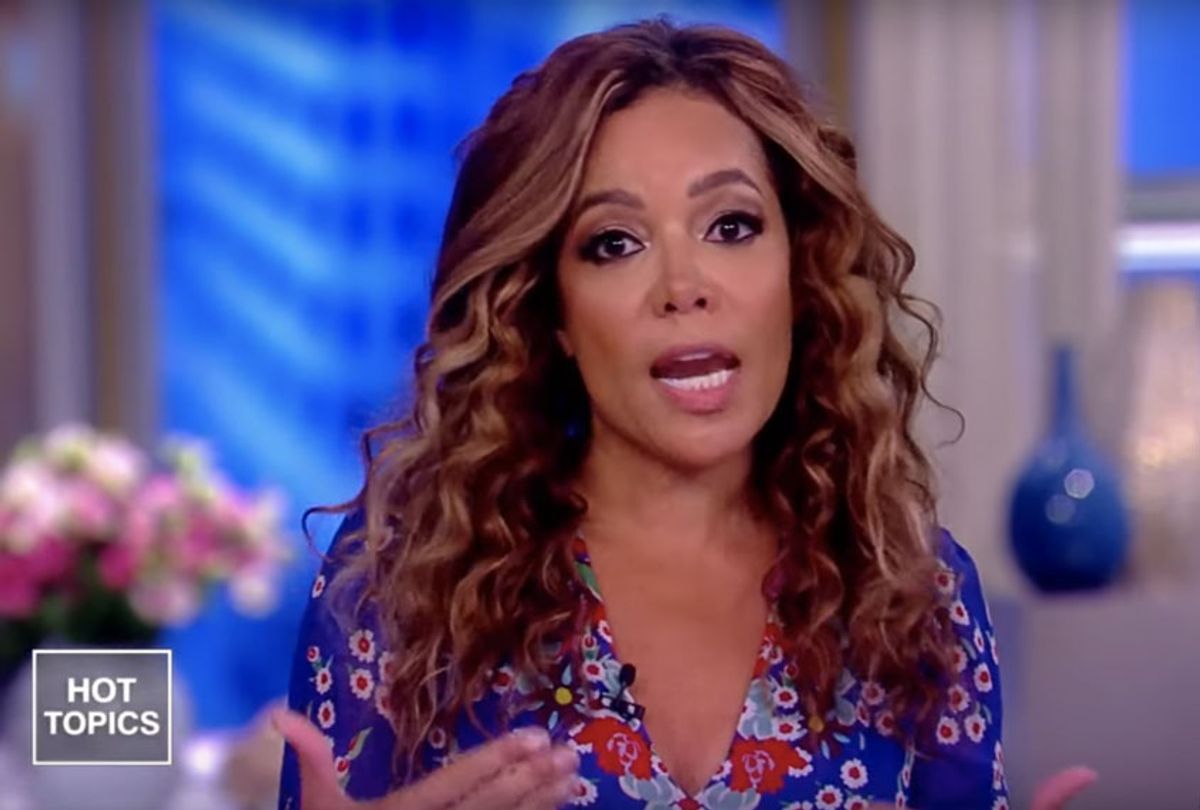 In their post-game coverage of the second Democratic debate, "The View" co-hosts weighed in with a segment reviewing the "winners and losers" of the contest.

While co-host Ana Navarro thought night two of the debates was "terrific," Joy Behar was far less impressed. The liberal co-host questioned the candidate's strategies of "not going up against Benedict Donald in the White House," referencing a meme comparing President Donald Trump to the U.S. Revolutionary war commander who defected from the British and is regarded as one of the worst traitors in American history.

Co-host Sunny Hostin pointed out that the debate was one for airing "dirty laundry" for each of the candidates, in particular front-runner and former Vice President Joe Biden. "Everyone has a track record that was on that debate stage, and I think we heard it," she said.

Hostin then turned the topic of conversation toward a heated exchange between Biden and one of his rivals for the nomination: New York Sen. Kirsten Gillibrand.

"I thought that Kirsten Gillibrand's attack against Biden was really unfair," Hostin said, with her co-hosts chiming in to label it both "desperate" and "incorrect."

"The View" panel referenced a moment when Gillibrand used Biden's decision to vote against increasing a child care tax credit in the Senate in 1981 to question his commitment to women’s rights. As the debate topic turned to candidate's views on the gender wage gap, Gillibrand instead pivoted to what she called a "broader conversation" at hand of "whether we value women."

Advocating for women's rights has emerged as the rallying cry of the senator's campaign. And in what "The View" described as a night where a "giant target" was on the back of Biden, it was no surprise Gillibrand was among the candidates who piled on to the front-runner in national polls.

Gillibrand used an op-ed Biden wrote at the time of the vote to claim that he "believed women working outside the home would create the 'deterioration of family.'"

"He also said that women who were working outside of the home were 'avoided responsibility,'" she alleged.

Biden defended his record by pointing out that he voted against the bill, because he believed the income bracket covered was far too high.

When Gillibrand accused the former vice president of not answering her question, he did not back down.

"You came to Syracuse University with me and said it was wonderful — I'm passionate about the concern of making sure that women are treated equally," Biden told the senator. "I don't know what's happening, except that you're now running for president."

Back on the morning show, Hostin told viewers she had, in fact, read the 1981 op-ed.

Co-host Meghan McCain also showed the audience a tweet Gillibrand sent in 2016, which as Biden had correctly said, thanked him for his "unwavering commitment to combating violence against women."

"He put her in the ground," McCain said of the exchange. "I enjoyed it. I did. I really enjoyed that moment last night."

In the 1981 op-ed, which is titled "Congress is subsidizing the deterioration of family," Biden wrote that "what I do not accept as legitimate is social policy that encourages a couple making $30,000, $40,000, $50,000 or more a year to evade full responsibility for their children by granting them a tax credit for day-care expenses. I do not believe it is fair to ask a family of marginal income, choosing to provide the primary care for their children,  to subsidize an upper income family's day care."

Navarro thought that in the end, Biden came out strong because of the attacks against him.

"He actually took it well. He was not surprised like he was in his first debate," she said of the former vice president. "He was much better. And if he is the eventual nominee, he's going to be a much better nominee because of this vetting process."

You can watch the full segment form "The View" here: