The president notably sent a U.S. hostage envoy to Sweden, where the rapper had been jailed on assault charges 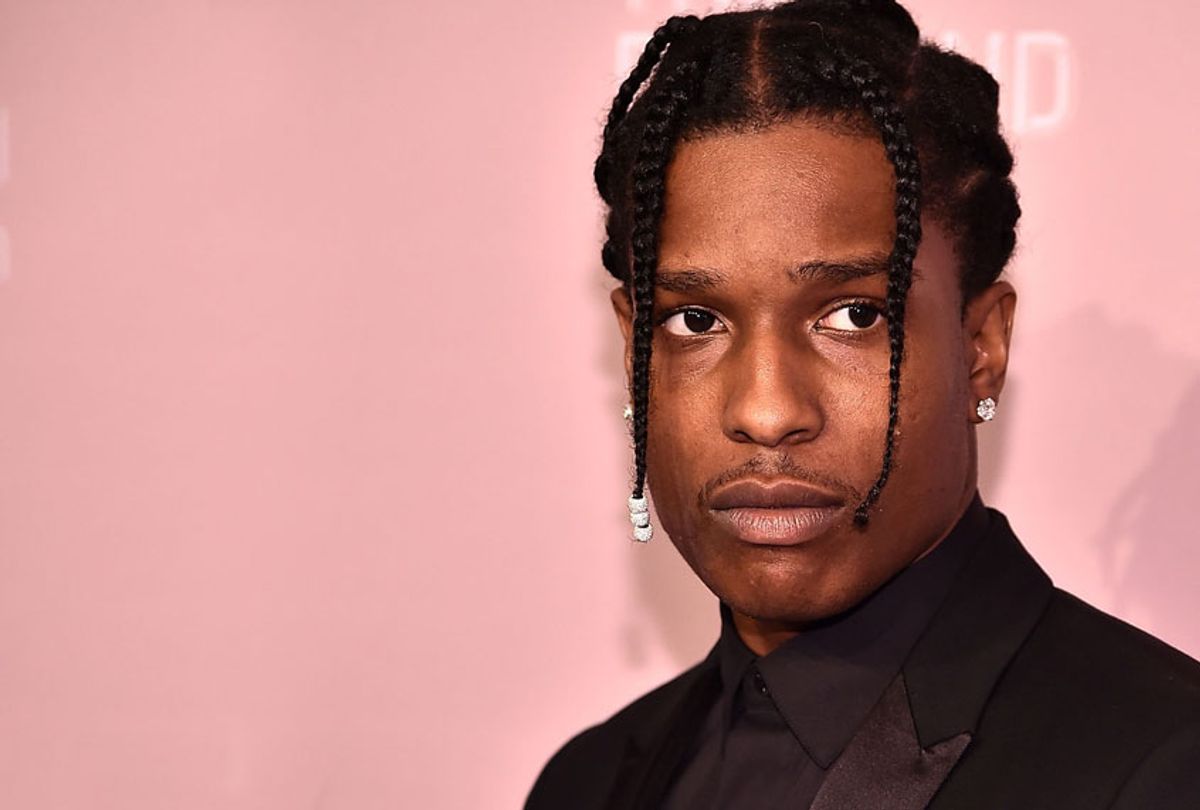 On Friday, a Swedish judge ruled that rapper A$AP Rocky, whose real name is Rakim Mayers, and his co-defendants in a controversial Sweden assault case, would be released ahead of the announcement later this month of a final verdict.

On June 30, Mayers and two members of his entourage were accused of beating 19-year-old Mustaga Jafari after he approached the musician outside a burger restaurant and asked if he had seen his friend. While Mayers’ attorneys claim it was an act of self-defense after Jafari followed and harassed him, prosecutors argue the rapper and his two friends "deliberately, together and in agreement" hit and kicked Jafari, including with a bottle.

Mayers had been in custody since early July, though was only charged last week. If convicted, he could face up to two years in prison.

The narrative of happened on the night of the alleged assault has some gaps. There is a language barrier that perhaps contributed to the fight and, according to the Associated Press, a witness “revised her story from initial police reports, testifying in a Swedish court Friday that she didn’t actually see the American rapper hitting a man with a bottle.”

After reportedly being approached by Kardashian and West, Trump raised eyebrows by treating the case like a political dispute. On July 25, he tweeted: “Very disappointed in Prime Minister Stefan Löfven for being unable to act. Sweden has let our African American Community down in the United States. I watched the tapes of A$AP Rocky, and he was being followed and harassed by troublemakers. Treat Americans fairly! #FreeRocky.”

According to the New York Times, Trump had called Swedish Prime Minister Stefan Löfven to ask him to intervene in the case, but was told that “in Sweden everyone is equal before the law and that the government cannot and will not attempt to influence the legal proceedings.”

Trump then offered to pay Mayers’ bail, despite the fact that Sweden doesn’t have a bail system. Then earlier this week, in preparation for Mayers’ trial, Trump sent Robert C. O’Brien, a special envoy for hostage affairs, to Sweden. (Mayers is not a hostage, he's an American awaiting trial in a foreign country.)

“The president asked me to come here and support these American citizens,” O’Brien told the New York Times. “I’ll be here until they come home.”

Mayers’ defenders have questioned the terms of his detainment, saying he has been held in unsanitary conditions and put in solitary confinement.

Suzanne Maloney, the deputy director of the Brookings Institution’s Foreign Policy program, tweeted: “This is all so ridiculous but it's also incredibly infuriating, esp when there are at least a half dozen Americans sitting in Iranian prisons, some of them for years. What is the Trump administration doing to free Siamak & Baqr Namazi, Xiyue Wang, Michael White, Bob Levinson?”

According to Vox reporter Jen Kirby, the Trump administration’s ability to free American hostages abroad has been one of the most successful elements of Trump’s foreign policy, “as he seems to take these wins personally and had some notable successes, including freeing multiple prisoners in North Korea and securing the release of pastor Andrew Brunson in Turkey last year.”

Continuing this pattern, it looks like Trump is taking credit for the rapper’s temporary release. Shortly following the judge’s verdict, he tweeted: “A$AP Rocky released from prison and on his way home to the United States from Sweden. It was a Rocky Week, get home ASAP A$AP!”