From sea to table in Punta Mita: Seafood triumphs on Mexico’s Pacific coast

Punta Mita may impress with its pristine coastline and ritzy resorts, but fresh, vibrant seafood is the real star 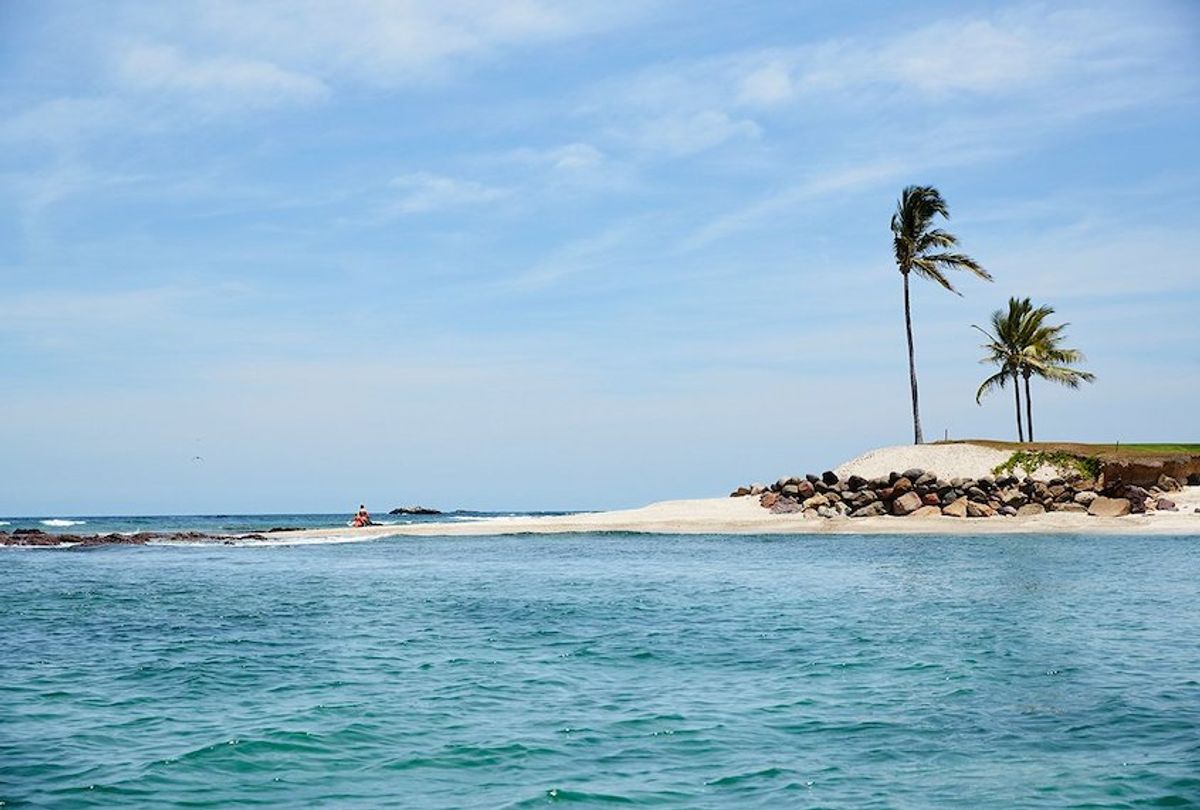 PUNTA MITA, Mexico – It’s almost impossible to talk about Mexico without making mention of its diverse and vibrant food scene. Street food standbys like tacos al pastor, chilaquiles, and savory-sweet moles usually steal the spotlight. But on a recent trip to Punta Mita on the country’s west coast, I experienced seafood as the headliner.

Situated on a spear-shaped peninsula in rapidly developing Riviera Nayarit, Punta Mita is a haven for surf enthusiasts, a coveted address for second or third homeowners, and a destination for oceanic delights like spiny lobster, soft shell crab, and scallops aguachile, often coupled with native ingredients like guajillo and pasilla chilies and queso Oaxaca.

The tropical paradise, with its ocean views, peak warm weather, white-sand beaches, and roster of luxury resorts, is the epitome of lavish living. I usually stay at small, charming, boutique hotels, but for this trip, my boyfriend and I spent our nights at two of the most over-the-top places in town: Four Seasons Punta Mita Resortand The St. Regis Punta Mita. We were a bit hesitant: Would we get a true taste of Mexican seafood here? 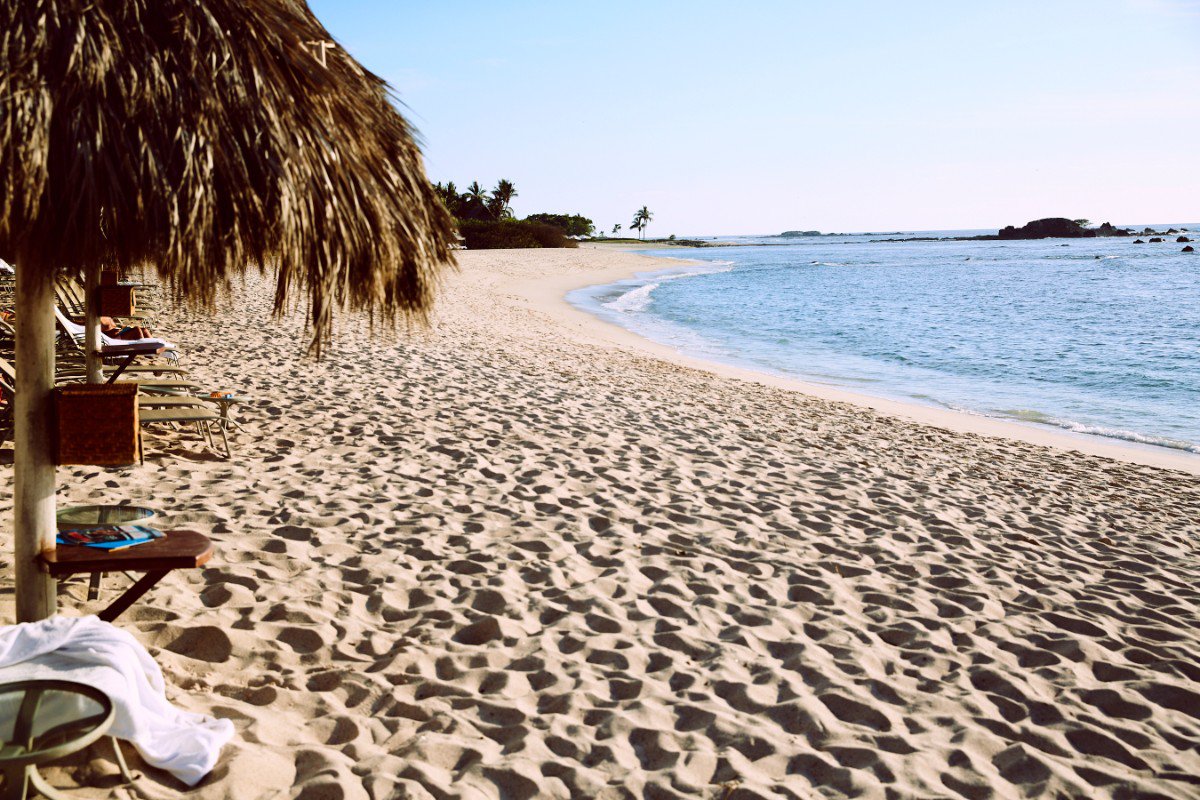 A beach in Punta Mita.

In the world of farm-to-table dining, the purveyor is often crowned king, but not at Pacifico Beach Club, Punta Mita’s newest beach club, where property chef David Vidales takes sourcing seafood to the next level. We first met chef Vidales at the hotel’s Latin Grill, where we had a seafood feast on a first night in paradise. We had a spearfishing tour scheduled for later in the week and extended him an invitation, eager to witness his craft firsthand. He accepted.

We met at Playa Cuevas, just steps away from the Four Seasons, where Sebastian Melani, a renowned local spearfisherman, and his Spearmex crew were waiting to take us out to the depths of the Pacific. Before we boarded our small boat and set sail, we jumped in a four-foot pool for some practice.

Wearing wetsuits that resembled something from Wakanda, we practiced loading a speargun: Secure the spear into the shaft, wrap the shooting line, release the safety, extend the forearm, pull the trigger, launch the harpoon directly into the target. If it’s a hit, drop the gun immediately and reel in the line (and breathe!). 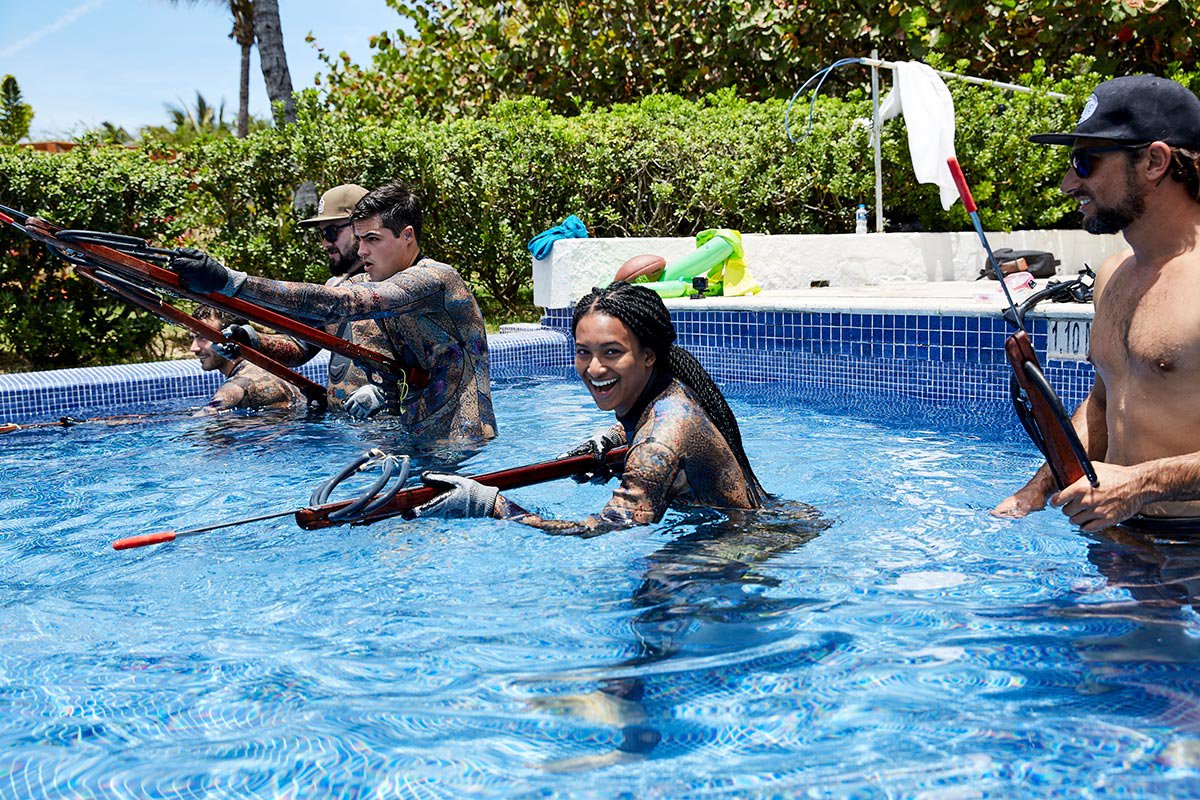 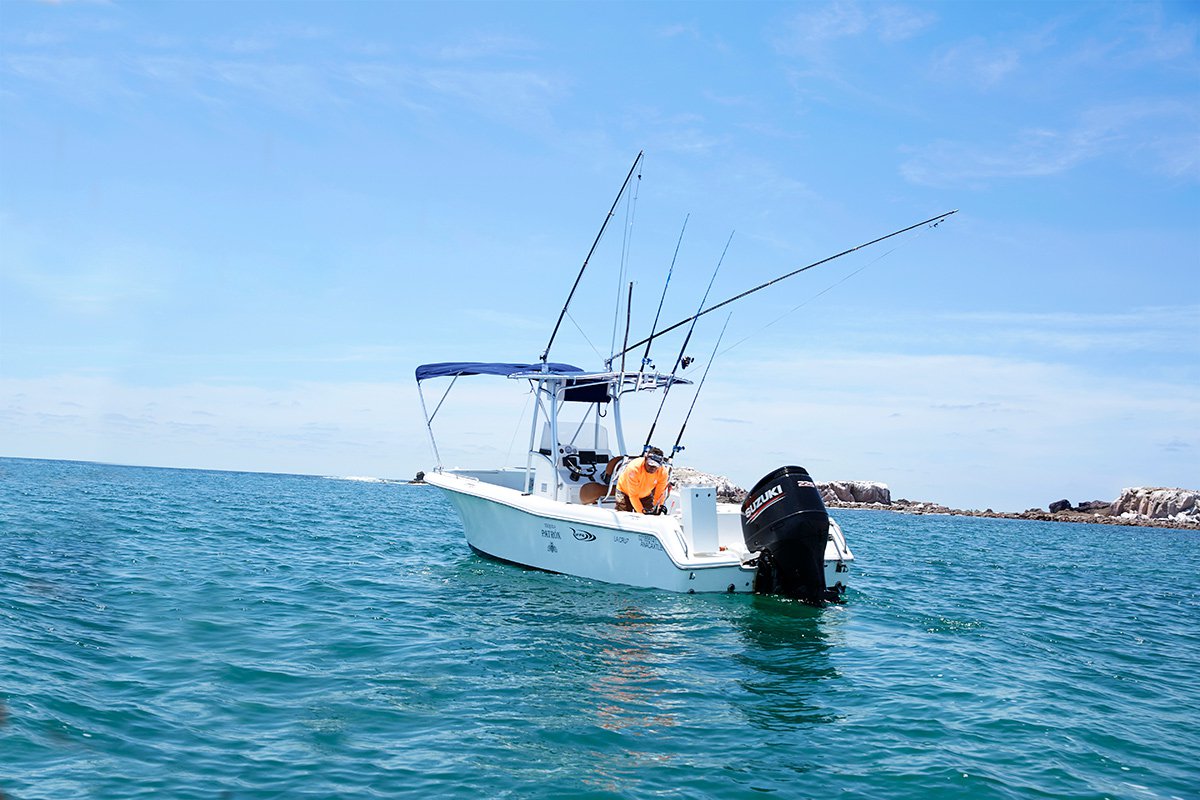 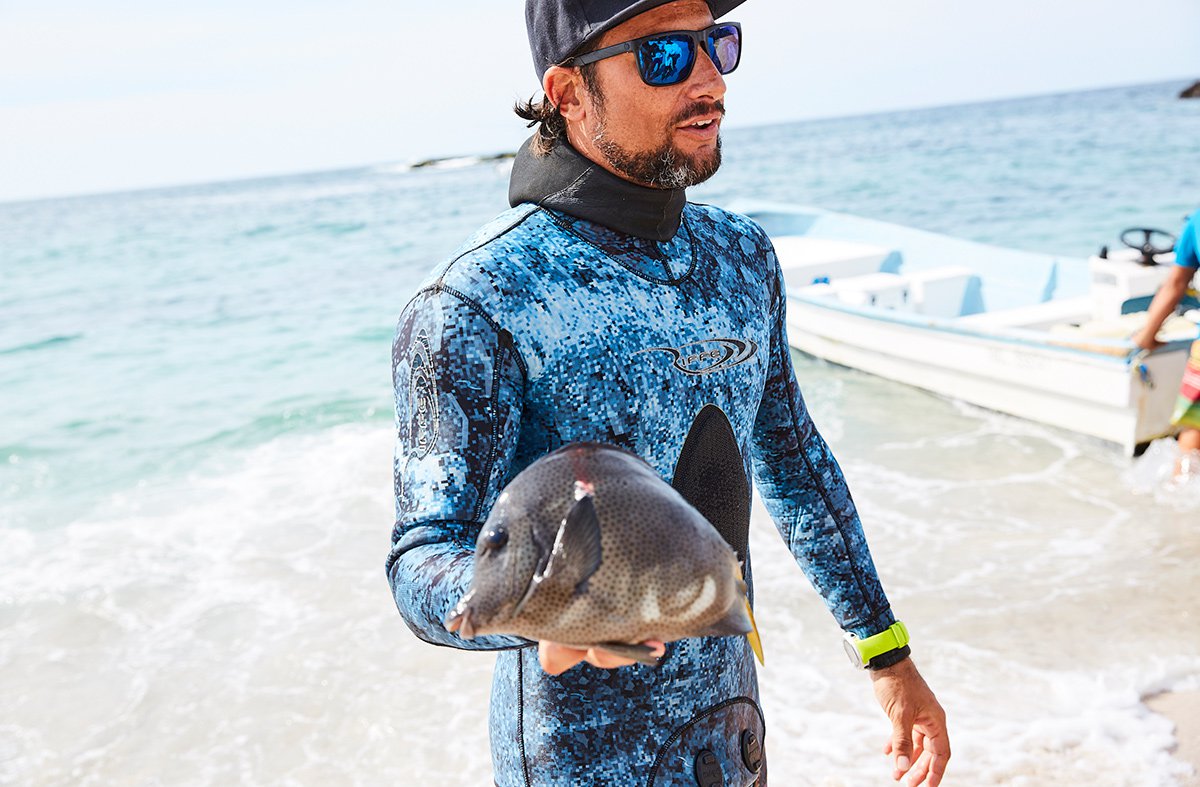 “Got it?” asked Melani. I nodded assuredly before we set off to deeper waters.

Chef is the first to dive in, floating effortlessly atop the water. Here, it’s a back-to-the-basics, subtly primal, virtuous hunt in what seems like an infinite ocean. He’s got the system down: Aim, release, and gather the ocean’s bounty.

I’m rocked on what seems like the gentle cycle. While my eyes take stock of the fish schooling in the coral reefs, my right forearm, new to this form of muscular isolation, quickly caught pins and needles. Determined, I roll my shoulders back, exhale through the mouthpiece, release the safety, and take a stab at capturing our soon-to-be-dinner.

My attempts are less than successful.

We’re given the signal to head back on deck. I’m sore and chilly without my wetsuit, and experience my first bout of seasickness. Nevertheless, I’m pleased at the sight of a mid-sized fish caught by a fellow diver. I won't go hungry. 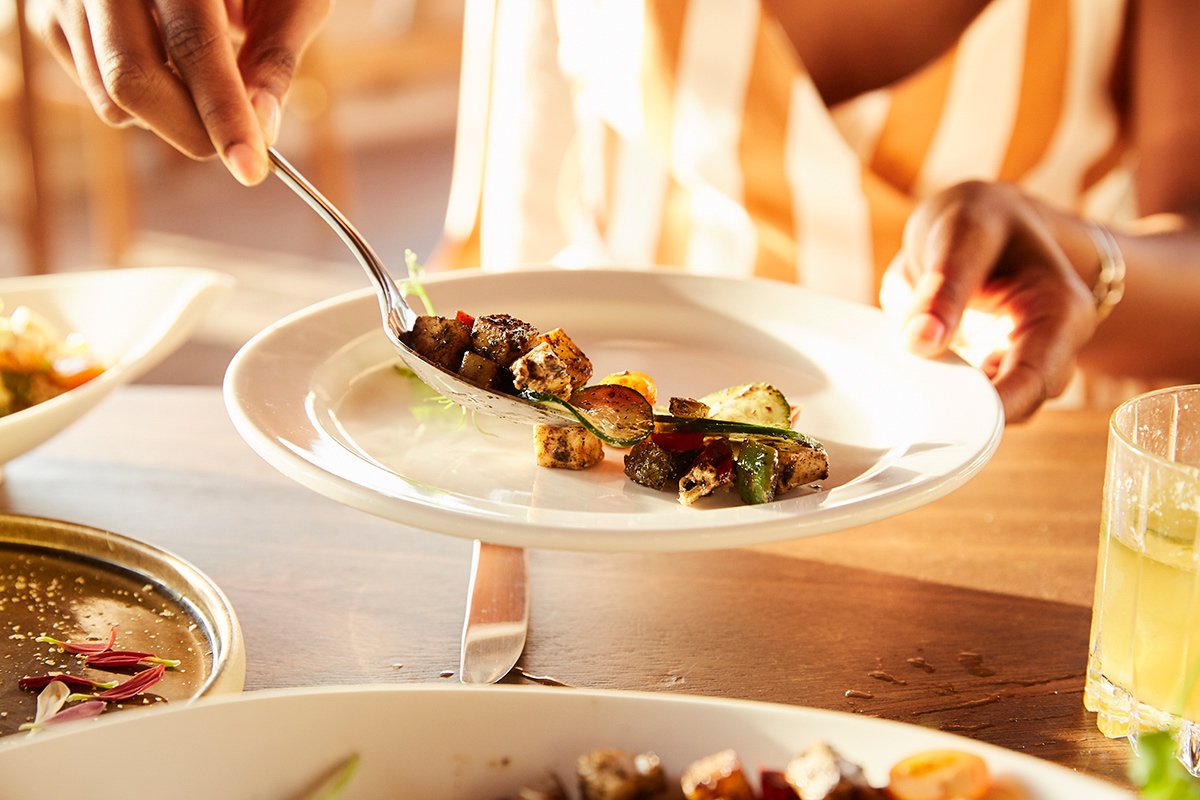 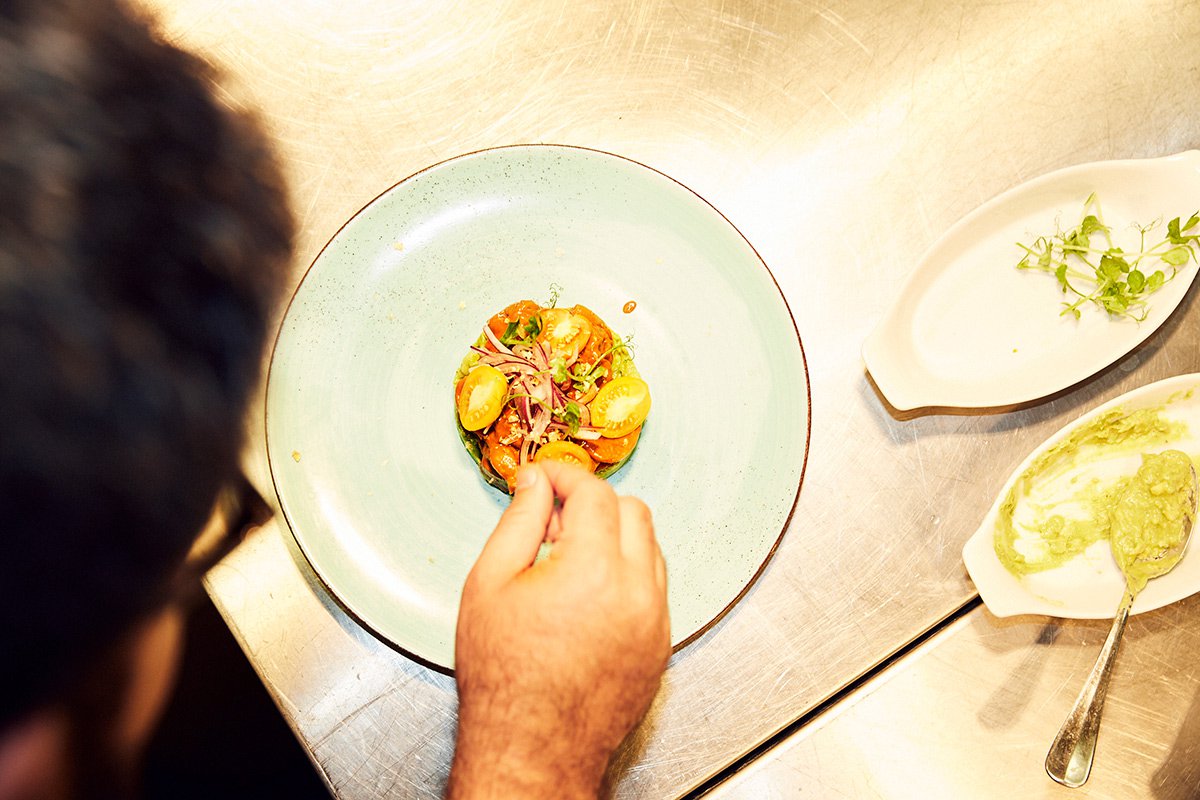 Once our sea legs acclimated to dry land, we enjoyed the fruits of our labor: yellowtail surgeonfish, known locally as cirujano. Straight from the wetsuit to the chef’s coat, Vidales presented cirujano servido de tres maneras: char-grilled alongside vibrant vegetables; bathed in acid, ceviche-style; and blended perfectly with Mexico’s other gastronomic gem, the avocado. We sipped a mezcalito and fresh fruit juice, enjoyed the sun escaping into the horizon, and went in for seconds.

Expeditions like these are easily arranged through the concierge at the Four Seasons, the St. Regis, or directly online at spearmex.com, and start at $275 per person. 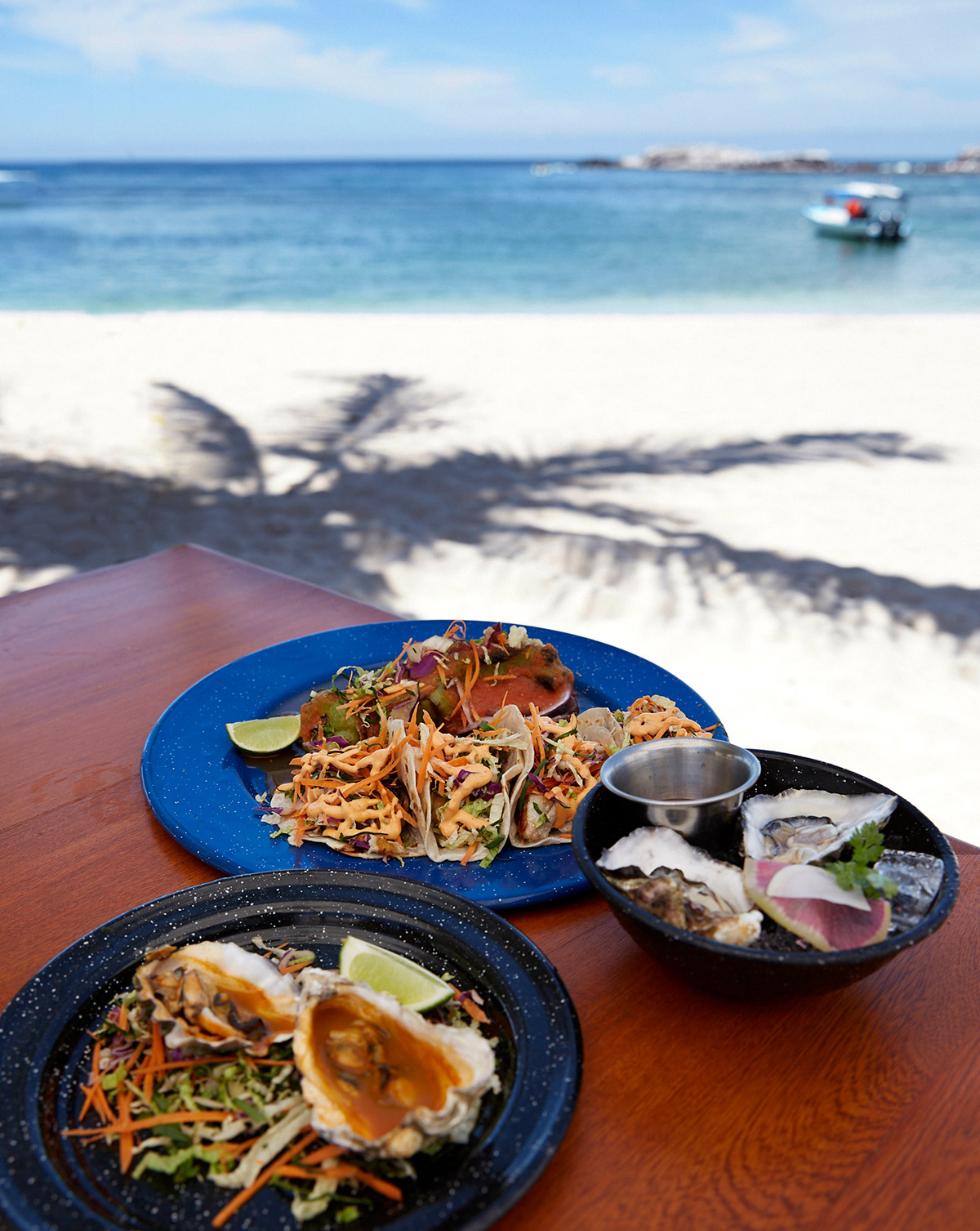 Our trip concluded at The St. Regis Punta Mita a Mita Mary Bistro Boat, Punta Mita’s answer to the food truck. (Where there are no roads, there are no food trucks.) Here, dinner was spent on dry land with our feet in the sand and tamarind mocktails within close reach. The food is bottom-to-top-of-the-ocean eats.

From the bottom, we had spiny lobster — typical of the region, smaller than their New England counterparts, and a tad sweeter in taste — traditionally sourced by fishermen who free-dive and catch the lobsters by hand. Shrimp came next, balanced with cabbage slaw and served atop warm corn tortilla tacos. The surface blessed us with a bivalve bounty of oysters, served raw and fire grilled and dressed with salsas made from local chilies.

Plot your escape to paradise in late winter or early spring before the rainy season. Once you arrive at Licenciado Gustavo Díaz Ordaz International Airport (PRV) in Puerto Vallarta, it’s a 28-mile drive north via a taxi or rental car. Once you’re through Punta de Mita’s private gates, grab a golf cart from any resort concierge to get between properties.

The Top 6 Destinations in Baja California, Mexico
How to Live La Vida Local in Cancún, the Town You Only Think You Know
Eating Your Way Through Guadalajara's Dynamic Restaurant Scene

All photos by Theodore Samuels.

Shanika is a writer and creative based in NYC. You can follow her at @shanikahillocks on Instagram. She travels for sensory experiences, especially those presented in a wine or cocktail glass.