Borrowing as the future burns 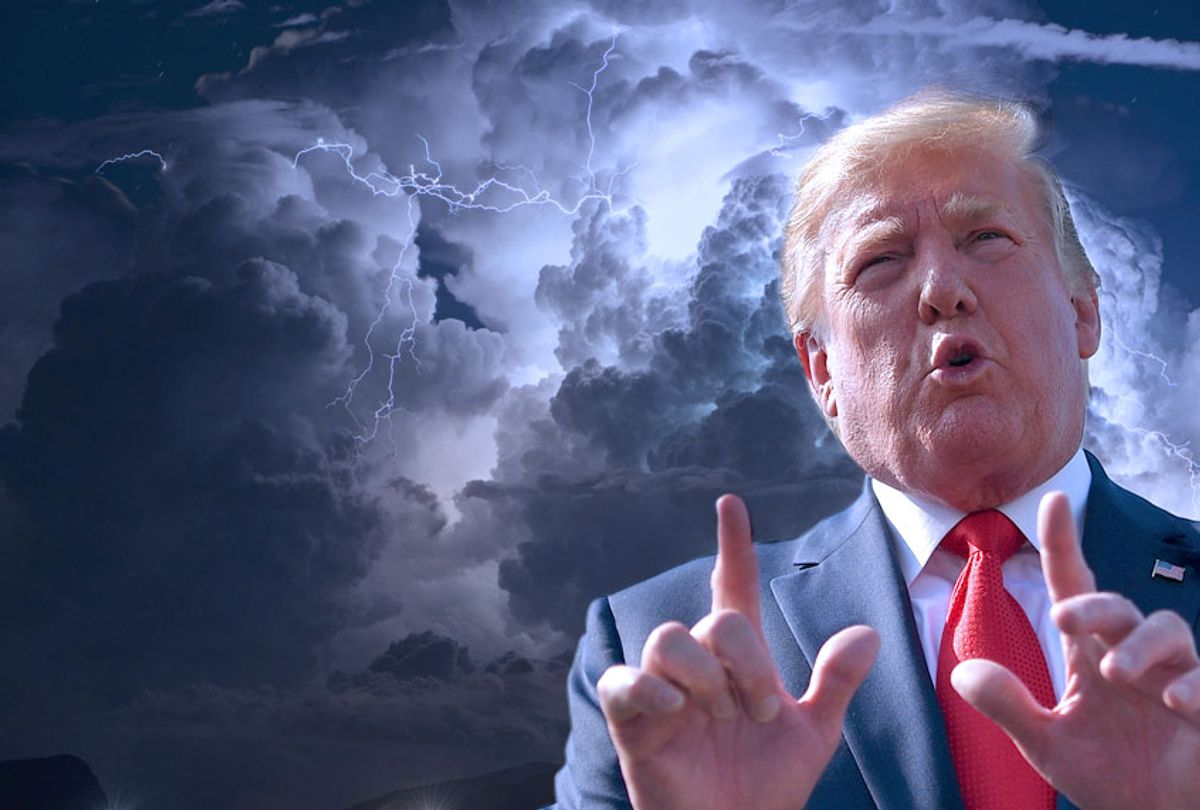 In the same news wave that brought word that July at least equaled, if not surpassed, the hottest month in recorded history,  President Trump signed off on a  $2.7 trillion budget that includes an obscene $738 billion on the military.

Word of July’s spiking heat comes as June was reported as the hottest June on record. The climate change dislocations are already upon us as news report document how unprecedented drought in countries like Honduras and Guatemala are forcing farmers and their families off their land and sending them on the northward migration that can easily end in a cage somewhere in the American southwest.

The Pentagon is a major contributor to global warming and climate change that’s the most clear and present danger to our collective survival. And much of its global mission is focused around protecting the Persian Gulf states because those countries have reserves of fossil fuels that we desperately need to stop burning.

“We have always lived through hot summers. But this is not the summer of our youth. This is not your grandfather’s summer,” said UN Secretary-General António Guterres, announcing the global weather data in New York.

The international agency said July 2019 will be around 1.2°C (2.6°F) warmer than the pre-industrial era.

“All of this means that we are on track for the period from 2015 to 2019 to be the five hottest years on record,” Guterres said. “This year alone, we have seen temperature records shattered from New Delhi to Anchorage, from Paris to Santiago, from Adelaide and to the Arctic Circle. If we do not take action on climate change now, these extreme weather events are just the tip of the iceberg. And, indeed, the iceberg is also rapidly melting.”

He continued, “Preventing irreversible climate disruption is the race of our lives, and for our lives. It is a race that we can and must win.”

Based on the bi-partisan nature of the budget deal Trump just signed, it’s clear few inside the beltway are capable to step back and consider the tragic irony that we are saddling future generations with trillions of dollars in debt so we can continue to maintain a warfighting machine whose emissions are hastening the demise of a livable planet.

“With an armed force of more than two million people, 11 nuclear aircraft carriers, and the most advanced military aircraft, the US is more than capable of projecting power anywhere in the globe,” writes Crawford. “Further, the US has been continuously at war since late 2001, with the US military and State Department currently engaged in more than 80 countries in counterterror operations” making it “the world’s largest  institutional user of petroleum and correspondingly, the single largest producer of greenhouse gases (GHG) in the world.”

But the destructive insanity of our ever-escalating military spending is compounded by the fact that to keep our armored camo-carousel turning, we have to come up with close to $600 billion a year just to service the debt alone.

The bipartisan budget deal comes in the aftermath of the Trump $1.5 trillion tax cut that also blew up the debt, as it accelerated wealth concentration at the very top of America’s wealth pyramid.

And so just what do we have to show for our $22 trillion debt? We are a nation whose critical infrastructure; transportation, water, and energy systems are all on the brink of failure.

In 2017 the American Society of Civil Engineers gave the nation’s energy infrastructure a D+. By some estimates, it would cost between $1.5 trillion to $2 trillion to upgrade.

That same year, ASCE gave the national water supply system a D, reporting that much of the nation’s water supply pipes that were laid in the early 20th century had long passed their useful lifespan. While the lead contamination in the water supply in places like Flint and Newark make headlines the 240,000 water main breaks a year that waste two trillion gallons of potable water don’t float to the top of the news wave.

Similarly, our wastewater systems receive only a D+ from ASCE with an additional 56 million users to be connected to the already antiquated and overburdened systems over the next 20 years.

For whatever reason, once public discourse turns to the well-documented state of disrepair of our infrastructure or global warming, it becomes like weight loss, something we talk about, but we never get around to actually doing anything about.

We are a nation whose critical infrastructure; transportation, water, and energy systems are all on the brink of failure even as it stands to be mightily stressed by the weather ahead.

This wholesale hollowing out of the basic systems we rely on to live has occurred as our rich have gotten richer and richer while the public debt we are all on the hook for is piled up to the stratosphere.

And the corporate news media says the Green New Deal is reckless.