Kitty litter is getting into the ocean, spreading a dangerous parasite that is killing marine life 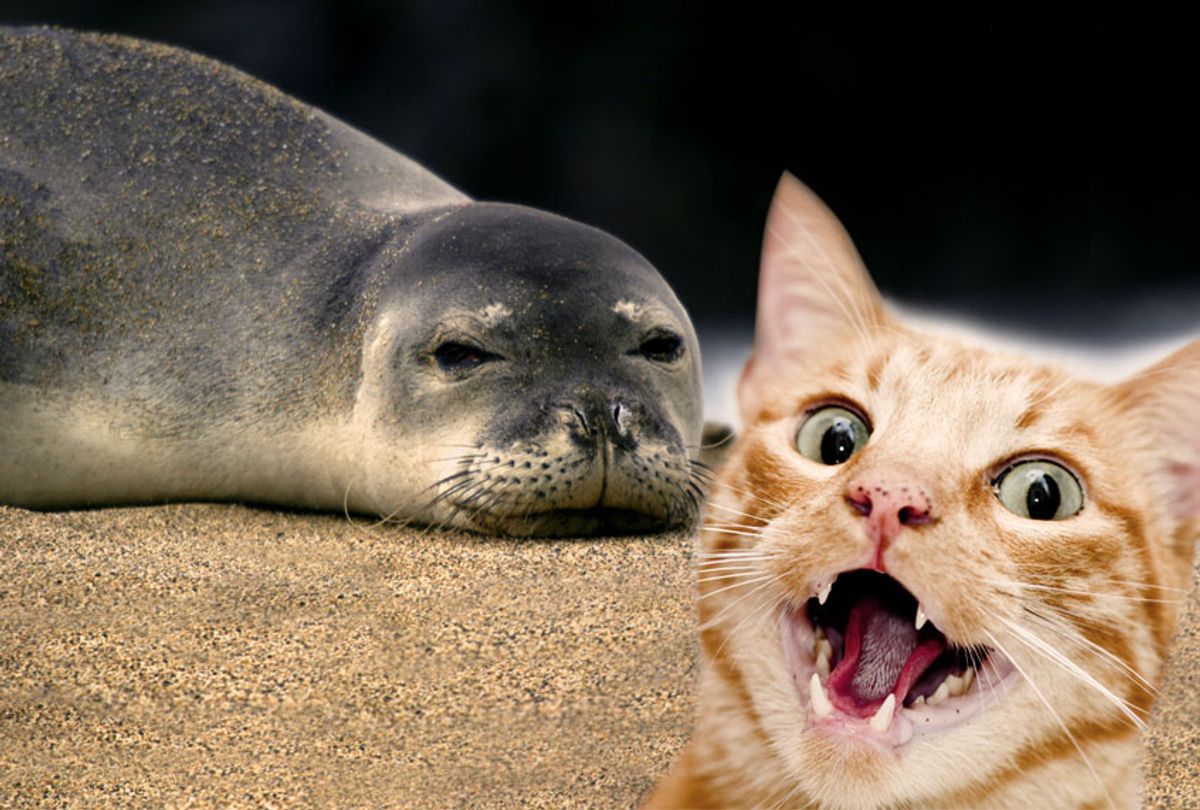 When we ponder the idea of the circle of life — the interconnectedness between all natural life on Earth, the connection between kitty litter and the endangered monk seal may not be obvious. Alas, scientists over the last couple decades have compiled evidence that cat feces, which often drains into the ocean in coastal cities, can infect Hawaiian monk seals with toxoplasmosis — a potentially fatal disease caused by a single-cell parasite.

Worse, there are only an estimated 1,400 Hawaiian monk seals left in the world, meaning that even a small number of toxoplasmosis-infected seals could comprise a significant percentage of the seal’s overall population.

Since 2001, which is when scientists observed the first fatality directly linked to the parasite, there have been 11 directly observed Hawaiian monk seal deaths — or about one percent of the species’ population, according to the National Oceanic and Atmospheric Administration (NOAA). Experts believe the real number could be much higher.

“We have 11 that have died, eight of which are female — and that is the scariest aspect of it, because they are the contributors to increasing the population,” Angela Amlia, Hawaiian Monk Seal Recovery Coordinator at NOAA Fisheries Pacific Islands Regional Office, told Salon, adding that "there may have been other[s] that have died." “It is possible — and we don't know for certain — that it has to due with immunosuppression due to reproduction.”

Amlia explained that the monk seals “might not be able to fight off infections new or old ones that were already there . . . . that is one of the theories [as to] why females [monk seals] are more susceptible.”

In Hawaii, feral cats run rampant. That’s because the Hawaiian islands have the perfect combination of conditions for feral cat breeding: pleasant weather, lots of prey, and no predators, meaning their population keeps growing.

Yet Hawaii’s status as a feline paradise could further endanger the monk seal species. Toxoplasmosis is the biggest threat to the large sea mammals, followed by interactions with shorecasting gear, unattended nets, and human-inflicted trauma.

Toxoplasmosis is specific to cat feces because cats are the only animals that can defecate Toxoplasma gondii eggs, which are known as oocysts. Patricia Conrad, a professor of parasitology at the School of Veterinary Medicine at the University of California, Davis, said this is not meant to “demonize cats,” but the parasite in its fatal form is specific to cats because of how the single-cell moves through their intestines.

“All mammals and all birds are thought to be possible toxoplasma carriers, and can be infected by the parasite, they have proven it in over 250 species,” Conrad told Salon. “The things about cats is that cats are the only animals in which the parasite multiplies sexually; it has a whole different stage of its life cycle, the cell multiplies in the intestine.”

Conrad said that researchers do not currently know why this process is specific to cats, but are studying it.

Toxoplasmosa gondii frequently pops up in news stories about cat-human transmission, as humans, particularly cat owners, can and often do become infected. The organism evolved to alternate between rodent and the cat guts, mating in one and laying its eggs in the other; yet because rodents are naturally afraid of cats, the organism supposedly alters the brain of the rodent in order to make it attracted to the scent of cat urine. Humans can be infected with toxoplasmosis, though it is thought to be mostly benign and only dangerous for pregnant women. Some research has suggested infection can alter humans’ brains, too, and may actually be related to, or a partial cause of, schizophrenia.

As NOAA explained, while seals’ toxoplasmosis infections might seem like a natural occurrence — and a natural death for the monk seals — the threat is sustained by human cat owners.

“While disease may seem like a ‘natural’ cause of mortality, toxoplasmosis is perpetuated by free-roaming cats, and thus linked to human alteration of the environment,” NOAA states on its website.

Cats usually only get infected by the parasite when they eat raw meat, which is why Conrad recommends that people keep their cats indoors. Kitty litter is fine to use, but it is not recommended that cat-owners flush it down the toilet.

“When cats are kept indoors, they are not going to be to killing mice, rats and birds, so their chances of even getting infected are extremely low,” Conrad said. "And the reality is, unlike dogs where we make people pick up the feces, cats can poop anywhere, they discreetly find a spot and cover it up with dirt,” she explained. In this way, cat feces can get washed into fresh water ways or directly into the ocean.

The threat is not specific to Hawaiian monk seals. In California, cat feces–borne toxoplasmosis threatens the Southern Sea Otter Population. The sea otters were so rare that they were believed to be extinct in the late 1930s, but their population slowly recovered throughout the twentieth century; they peaked in 2016 at an estimated 3,090, but there has been a slight decline since then.

The parasite has also been found in the tissue of beluga whales. The journal Diseases of Aquatic Organisms published a study that found 15 of 34 whales tested positive for the parasite. While that didn’t mean they died from it, it was still present in the species.

Conrad emphasized that not every animal that has it, like humans or whales, will die from it.

“Only a small portion of them die,” she said. “And what we don’t know is [why] seals are more sensitive to it.”

Amlia of the NOAA said many scientists are studying Hawaiian monk seals because the species is endangered and toxoplasmosis is a “big three” threat.

“We are working with partners to better understand the prevalence of toxoplasmosis in monk seals and better understand how many cats are on the landscape,” she said. “As of right now there is no vaccine work being done . . . . there is an experimental vaccine being tested but not in the U.S., so there is nothing available right now.

“We are stuck with the reactive ways of dealing with it instead of the proactive ways,” she concluded.