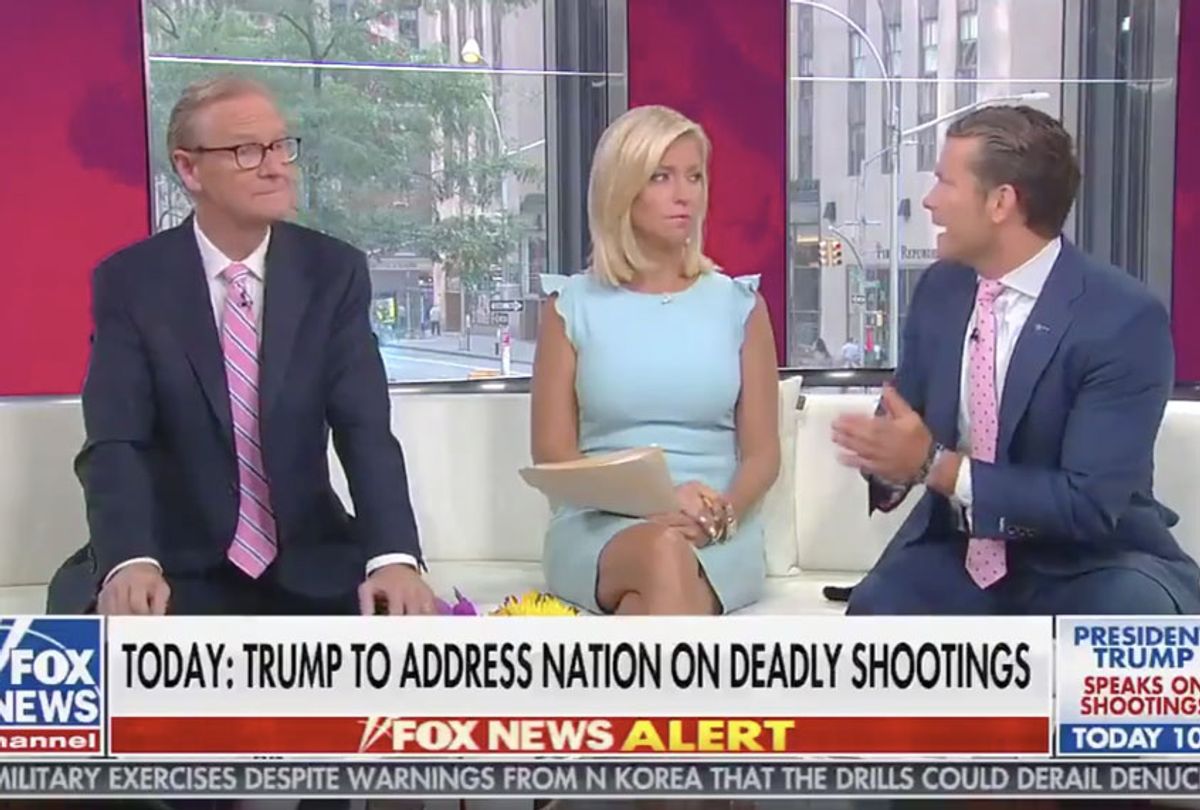 President Donald Trump on Monday delivered a speech about gun violence on Monday in the wake of two deadly mass shootings over the weekend — and it looks like he may have cribbed at least one of his talking points directly from “Fox & Friends.”

During his speech, the president largely stayed away from calling for new gun control measures and instead focused on the need to provide better mental health care.

In one particularly striking section of the speech, the president called for mentally ill people to face “involuntary confinement” if they are deemed threats to public safety.

Media Matters researcher Bobby Lewis notes that “Fox & Friends” host Pete Hegseth suggested this very same idea just hours before during a discussion about how to stop people with mental illnesses from going on shooting rampages.

“The people we interact with in person and on social media that send people into spirals or into dark places, and how much can the federal government ultimately monitor that?” he asked. “How do people get committed if they are found to be mentally ill?”

Hegseth went on to say that it’s wrong for people to “blame the weapon” for shootings, because “humans are pulling the trigger.” This similarly echoes Trump’s statement during his speech that “mental illness and hatred pulls the trigger — not the gun.”