Trump plans to visit the Texas city in the wake of a mass shooting, even after lawmakers said he is not welcome 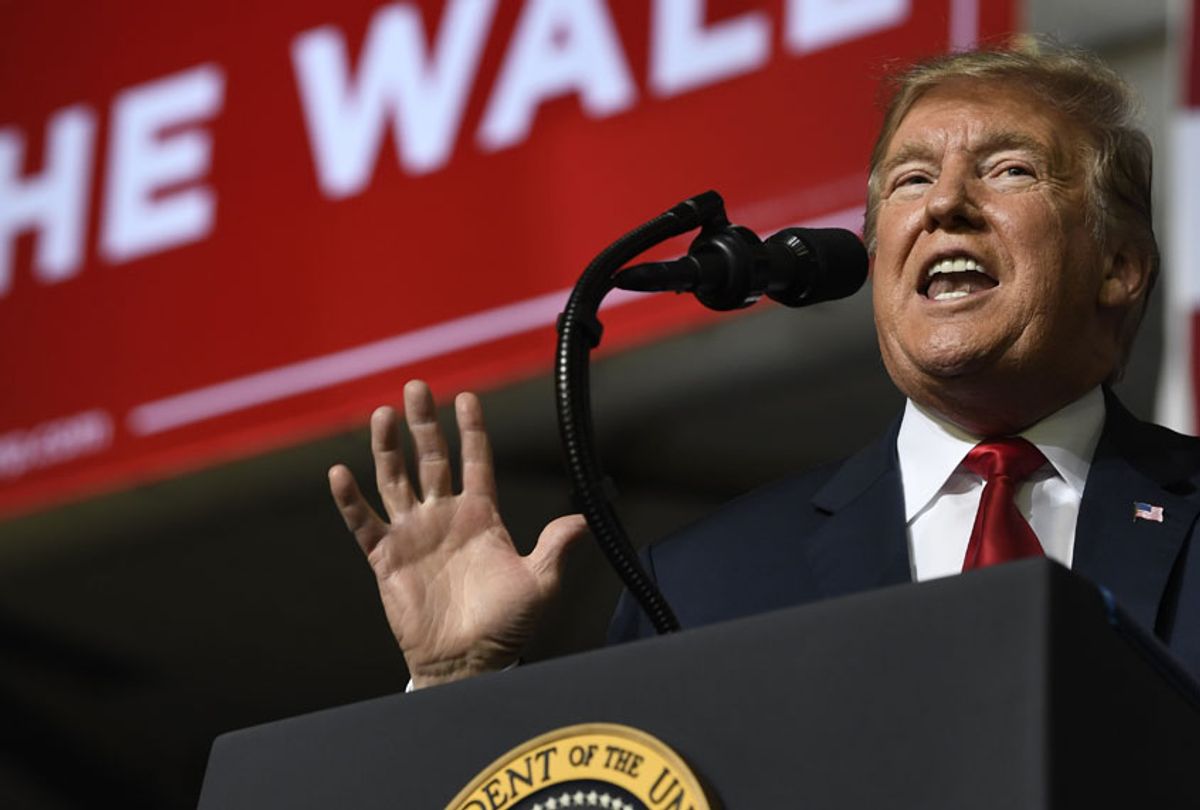 President Donald Trump's re-election campaign owes the city of El Paso more than half a million dollars for the “Make America Great Again” rally it hosted last February in the Texas city.

Trump has an outstanding bill of $569,204.63 with the border city, with the majority owed to the city's police and fire departments, according to a copy of the bill obtained by the Texas Tribune and published Monday.

The charges initially totaled $470,417.05, but a 21 percent one-time late fee was tacked on in June after the campaign failed to pay on time. The city sent a letter to the campaign in May requesting it pay the outstanding debt.

"We realize this may be an oversight on your part; however, your account with the City of El Paso is extremely past due," Laura Cruz-Acosta, communications manager for the El Paso city manager's office, wrote in the letter. "The city staff have followed the process and procedures as it relates to any invoicing that we provide, and we will continue to do so accordingly, as per city and state policies."

On Wednesday, Trump is expected to return to El Paso days after a gunman opened fire at a local Walmart, killing at least 22 people and injured more than two dozen others.

Saturday’s massacre in the Texas city was the first of two mass shootings over the weekend that once again devastated the nation with horrifying scenes of gun violence. The second shooting, early Sunday morning, was in Dayton, Ohio, and left nine people dead, not including the gunman.

City Rep. Alexsandra Annello has asked Trump not to return to the city anytime soon.

"I do not support President Trump's visit to El Paso and I respectfully ask him not to come. Our resources are strained and we are still trying to figure out how to recover after a brutal, racially motivated attack, that his racism and hate obviously influenced," she tweeted Monday night.

"I respectfully ask that President Trump not visit our grieving and pain-stricken community. We are picking up the pieces after a brutal, racially motivated attack, that his racism and hate obviously influenced," he wrote Monday on Twitter. "Furthermore, the added strain of a presidential visit is the last thing our law enforcement and public entities need to deal with at this time."

Rep. Veronica Escobar, D-Texas, whose district includes nearly all of El Paso, also said Trump is "not welcome" in her hometown.

"He should not come here while we are in morning," Escobar said Monday on MSNBC. "I would encourage the president's staff members to have him do a little self-reflection. I would encourage them to show him his own words and his actions at the rallies."

Democratic presidential candidate and former Rep. Beto O'Rourke, who represented El Paso until earlier this year when he was succeeded by Escobar after his failed Senate bid, joined the congresswoman in saying the president should not visit the city.

Late Monday afternoon, he tweeted: "This president, who helped create the hatred that made Saturday’s tragedy possible, should not come to El Paso. We do not need more division. We need to heal. He has no place here."

Escobar joined some Democrats and other presidential hopefuls in arguing that Trump's incendiary rhetoric on immigration and reluctance to specifically reject white nationalism had contributed to increased violence. On Monday, she said Trump came into "one of the safest communities in the nation," and months later, so did a gunman.

"Words have consequences," she added. "And the president has made my community and my people the enemy. He has told the country that we are people to be feared — people to be hated."