Mitch McConnell is the greatest threat to democracy

For all his destruction of leadership norms and erratic, President Trump is not the top threat 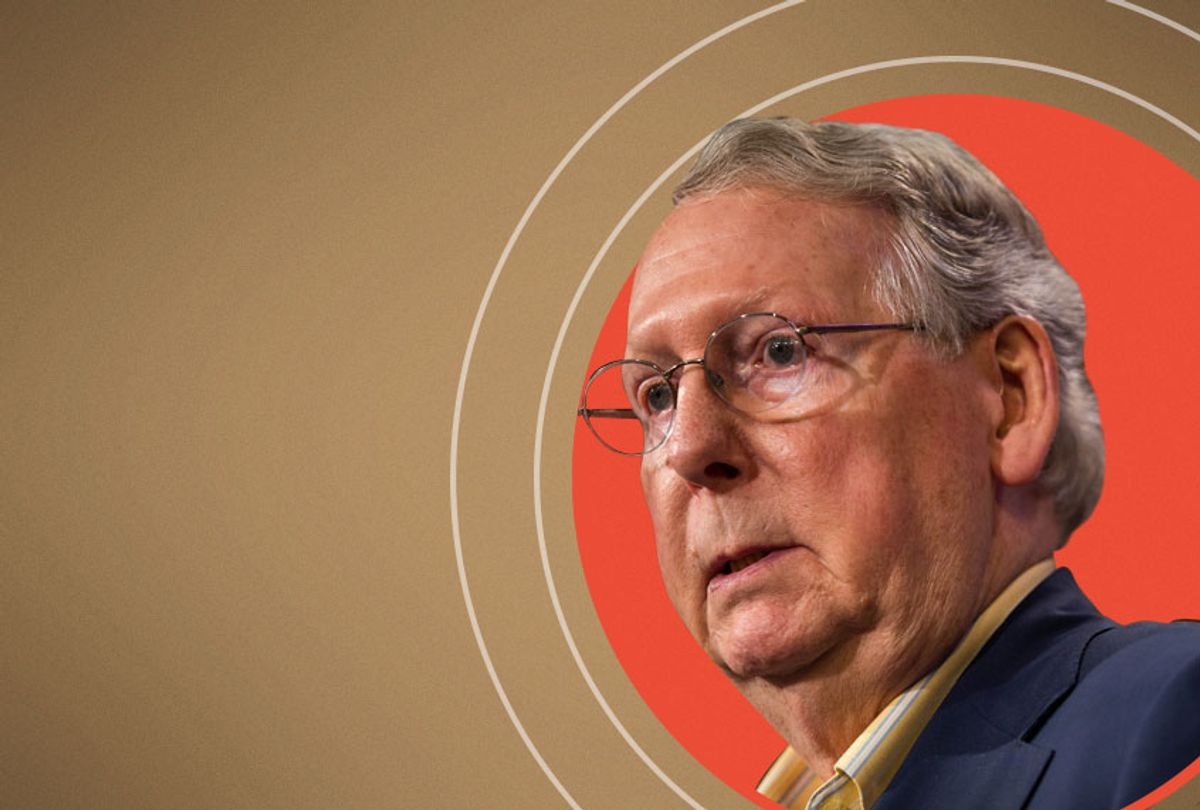 President Donald Trump, for all his destruction of leadership norms and erratic, inflammatory behavior, is not the greatest threat to democracy, argues Eleanor Clift in The Daily Beast. That dubious honor goes to Senate Majority Leader Mitch McConnell (R-KY).

“The events in El Paso and Dayton over the weekend give new meaning to the phrase the enemy within. The country is under siege from what law enforcement officials are calling domestic terrorism inspired by white supremacist ideology,” writes Clift. “What to do? All roads lead to Mitch McConnell, the Senate majority leader, who won’t allow debate on remedies for gun violence and refuses to take up gun-control legislation passed by the House to expand background checks.”

McConnell could fight the bloodshed right now and call back the Senate to vote on the House’s background check bill, writes Clift. But he won’t.

“Anyone who knows anything about McConnell knows that’s not happening,” says Clift. “At Team Mitch, it’s been business as usual. Just hours after the El Paso shooting, the campaign tweeted a photo of a single tombstone bearing the name of McConnell’s Democratic challenger. Another tweet shows seven grinning young white men in ‘Team Mitch’ T-shirts pawing a cardboard cutout of Rep. Ocasio-Cortez with the caption, ‘break me off a piece of that.'”

“McConnell’s cudgel is the 60-vote filibuster,” continues Clift. “In today’s closely divided senate (53 to 47), those few votes give McConnell his power. There’s no way to get to 60 votes to force a floor vote on anything gun-related, so McConnell gets to operate with absolute immunity knowing a handful of GOP defectors joining the Democrats can’t reach that threshold, and most won’t even risk it.”

This is what he has used to block popular action on everything from background checks to protecting young immigrants to election security, all while spending the Senate’s whole time confirming far-right judges.

“McConnell is accountable only to the Republican voters of Kentucky, and he showers them with benefits,” writes Clift. “He’s up for reelection in 2020 and he’s facing the best the Democrats have to offer, Amy McGrath, a retired Marine Corps fighter pilot who will have the blue wave at her back in red Kentucky. That may not be enough, but wouldn’t it be sweet if it were.”

She quotes Ira Shapiro, a former congressional staffer, who told her in an email, “We will not have a functioning Senate or a healthy politics until Senator McConnell is ousted from power.”

“Of course, we probably won’t even have one then,” she added, “but it’s hard to imagine it could be any worse.”