Salon talks to Garret Price, a film editor making his directorial debut on a doc honoring the late actor's life 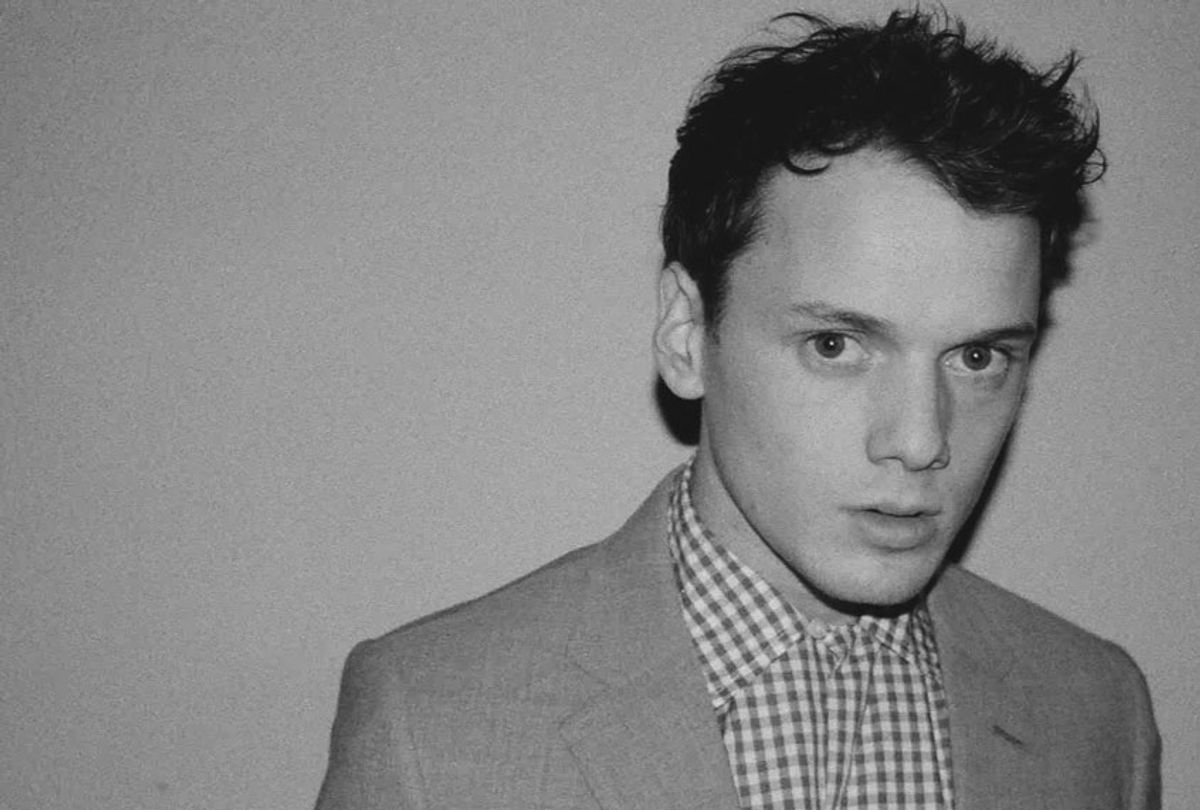 In addition, Yelchin’s parents, Irina and Viktor, who were ice ballet stars, talk about their son, and the actor’s childhood friends describe their relationship with and memories of him.

As “Love, Antosha” reveals, the Russian-born Yelchin moved to Southern California when he was a baby. He suffered from cystic fibrosis and did breathing exercises to keep his condition under control. He took acting lessons as a child, scoring his first role on an episode of “ER” when he was 10. Other projects soon followed, and Yelchin’s career was forever on the rise as he performed in a mix of indie films and television appearances, before starring in some Hollywood franchises.

But Price’s film also shows Yelchin’s talents as a musician — he taught himself guitar and performed in a band called “Hammerheads” — and photographer. (He often went to the seamier parts of the San Fernando Valley at night in search of provocative subjects).

Why did now seem to be the appropriate time to make a film about Anton? How did this project come about?

For me, the genesis was Drake. The Yelchins [Anton’s parents] had been archiving everything from his life—his home videos, letters, and anything they could get their hands on from friends and co-workers. They started to explore this idea to find a filmmaker and reached out to Drake because of his relationship with Anton. Drake convinced them that he was too close and wouldn’t have an objective eye, so Drake introduced me to them and thought it would be a great fit for me to jump into the director’s chair for this story.

We see home movie footage of Anton and many clips from his screen performances. How did you balance the personal and the professional aspects of Anton’s life for the film?

I didn’t know Anton very well. I knew him from Drake’s movie and “Star Trek,” but mostly from the tragedy that happened. I gained his parents’ trust to do this story. They handed me everything and I dug in. I discovered Anton from scratch. I built the movie linearly. There were surprises around every corner, and I wanted to project all those layers. Finding the balance was when I introduced a person—Jennifer Lawrence or Kristen Stewart—he met in his life at the time in his life when he met them. I wanted to tell the story from his point of view. As a film editor, it’s instinctual to tell the story that way.

There are many folks in “Love, Antosha,” who say he was an “old soul.” How would you describe him?

In the film I used Martin Landau saying that, but every single person said it. Martin felt like the right one to use. [Anton] was beyond his years, a generational talent who was so philosophical and had a thirst for knowledge—not just for acting but anything that interested him; he’d read anything he could. I wanted to explore all those things and what makes a person like that tick.

Even though he appeared in several Hollywood franchises, there is a suggestion in the film that he preferred making indie films because it was “liberating.” Can you discuss his career in that context?

Willem Dafoe said this best—and I’m paraphrasing—just because you take the road less traveled doesn’t mean you don’t think about the road traveled. Franchises gave him the freedom to do passion projects he wanted to do. He never wanted to be a star, but he wanted people to see the work he did. He was a gear in the machine, a patch in the quilt. He’d do these films he loved so much, and no one saw them. It was frustrating. But he was always pushing forward. He never let it bring him down. He had a strong work ethic.

Anton was also an overachiever. I was unaware of his music/band, or his photography. Can you discuss his hobbies and what you saw and heard?

He just loved human stories. Acting wasn’t enough. He always needed an outlet. He was exploding with creativity. Photography was how he saw the world. Music did that, too. He never thought he was good at it. He was a humble person. He was the ultimate definition of living life to the fullest. Don’t waste a second. As the film makes its way to audiences, and learning about Anton and all his projects, it’s a self-reflective film: Are you doing as much as you should be with the time you are given?

I’m not looking to speak ill of the dead here, but no one says anything unkind about Anton. There is a suggestion in the film that he was a rather naughty boy. Can you reveal something he said, or did, that wasn’t saintly? “Love, Antosha,” is a real hagiography.

It is, but if there’s ever one person who earned the praise, it’s Anton. Trust me, I searched for something. The warts were in the pursuit of curiosity and creative expression. He hurt people’s feelings. I wish I had the dirt to give you, but I don’t.

Do you have a favorite memory of Anton? Something you think about when you are triggered to think of him?

I essentially met Anton through this project. I’m a parent with two young kids, so it’s changed how I parent. There’s not a moment; it’s more him as a whole. He’s going to be with me as I go about creative pursuits.

He was looking to shoot his first film around the time of his death. What do you think his legacy will be?

His friends knew about the films he was going to make. All the acting, writing, film research and being a cinephile was leading to him start making films himself. He wanted to be a director. I would have been very excited to see that happen. He would have made 20 films in his lifetime. He was so voracious and tenacious. Those are the things that we all should be inspired to do— take risks and push forward with pure optimism. “Love, Antosha” is a celebration of life and living a full life no matter how short it is. That’s the beauty of the story. We live in a world and are gone very quickly. He doesn’t want to be forgotten.