Trump is dividing America: Three policies that can unite us

America's biggest divide is rural vs. urban. These three policies bridge that gap 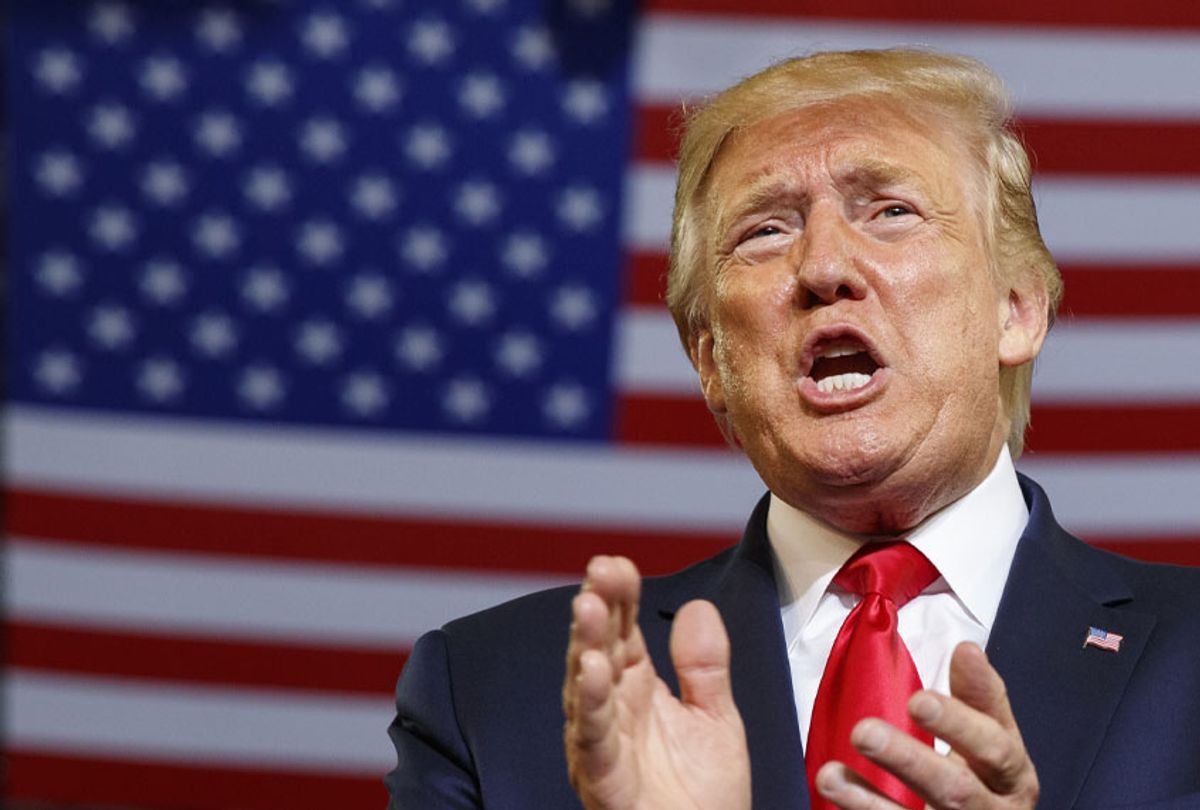 It is an ugly time in America.

The recent horrific acts of domestic terrorism have many Americans rethinking going to the local shopping center, the county fair, or out to dinner, lest we be shot and killed in a hail of gunfire, as was the fate of the 22 people killed in a Wal-Mart in El Paso by a white supremacist who advocated dividing this nation into territories by race. On the heels of the El Paso mass shooting, a gunman in Dayton killed nine people and injured 27, even though the police were able to stop him in less than 30 seconds.

As we face this physical and emotional carnage, it becomes even more urgent to acknowledge and reject President Trump's cynical use of racist rhetoric to divide us for perceived political advantage.

False divisions that seek to divide us stoke extremism and mask the fact that so many of the problems we face are national problems, suffered intensely in both urban and rural communities. If we allow ourselves to be divided and consumed with racial strife, as the President seems to desire, we will fail to protect ourselves on a host of health and safety issues, such as gun violence, including mass assaults, inadequate health care, and dangers from our decaying infrastructure where the President’s policies will hurt many, if not most of us, regardless of race or ethnicity.

There is an undeniable and obvious connection between the high level of death and injury from gun violence in the United States and the broad and easy access to guns, including assault weapons.  From Columbine to Sandy Hook, to Las Vegas to Marjory Stoneman Douglas to El Paso and Dayton, it is clear that mass shootings have caught us all in the crosshairs of the NRA and its control over our elected officials.  The African American community undoubtedly has suffered from the free inflow of guns, much of it coming from more rural states, and has typically supported strong gun control measures.  But easy access to guns has also had devastating effects on white Americans, particularly in more rural states.  In Missouri, for example, researchers have found that white male gun suicides generally declined from the mid-1990’s until 2007, when the state repealed its permit to purchase handgun law, then rose steadily.  In 2015, white men in Missouri were approximately 40 percent of the population but comprised almost 80 percent of firearm suicides, over 20 per 100,000.  In contrast, in more urban Connecticut, which has stricter gun legislation, suicides by white males hit a high of 9 per 100,000 in 1994 and followed an overall downward trend thereafter.

In February 2019, the House of Representatives passed a bill that would require federal criminal background checks on all firearms sales.  But for months Senate Majority Leader Mitch McConnell, R-Ky., refused to take up the bill and President Trump said he would veto it. It is only after more than 30 people died and more than 50 were injured in the El Paso and Dayton mass shootings that we finally begin to hear from the president and McConnell on gun reform measures. And even though nine people were killed in less than thirty seconds in Dayton, we've heard nothing from either on restoring the ban on assault weapons.

While the ACA brought a dramatic improvement in health insurance coverage for African Americans, the Journal of Rural Health finds that the “ACA Medicaid expansions produced larger gains in coverage for rural residents than urban residents.” For example, between 2013 and 2107, the uninsured rate fell almost 9 percentage points in Kentucky and almost 8 percentage points in West Virginia. It declined only 4 percentage points in Maryland. As the Trump Administration works to overturn the ACA, it is working to harm rural and urban America.

Infrastructure affects the health and safety of all Americans. From unsafe roads and bridges to unsafe drinking water, our nation’s infrastructure is decaying.  The American Society of Civil Engineers gives the nation as a whole a D+ grade on infrastructure, with no state receiving a grade above a C.

A decade's long shortage of federal investment in public waterworks has created a water affordability and water safety crisis in urban and rural America.  In South Carolina, for example, a recent study shows that thousands of residents across the state served by hundreds of small water systems have been exposed to water carrying disease-causing bacteria, cancer-causing chemicals, and metals, including lead in the past year. Residents of Flint, Michigan continue to struggle with unsafe, lead-contaminated water, years after the contamination was publicly identified.

In many cities, including Baltimore, Cleveland, and Detroit, water bills are skyrocketing in large part due to the need to update and maintain aging systems.  Cities lack the funds for these necessary upgrades and pass the costs on to residents.  As water bills rise, more residents—including even median-income families—are unable to pay.  This can lead to harsh consequences, including service shutoffs and liens on homes for unpaid water debt, which can result in eventual foreclosure and eviction.  Failure to keep up with water infrastructure maintenance puts water safety at risk.

Trump’s long delay of “infrastructure week,” in favor of incendiary tweets and rallies, has left urban and rural residents at risk of water shutoffs, home loss, and unsafe water. The latest infrastructure plan outlined by the President and Leader Pelosi was opposed by his own chief of staff, Senate Majority Leader McConnell, and the President’s Party. It appears to be stalled.

This is the time when the motto of the United States is worth remembering: E Pluribus Unum – out of many, one. The President’s divide-and-conquer strategy will only work if we forget that we are one nation.  And if we do, we will all suffer.