This is the face of radical Republicans anti-Semitism 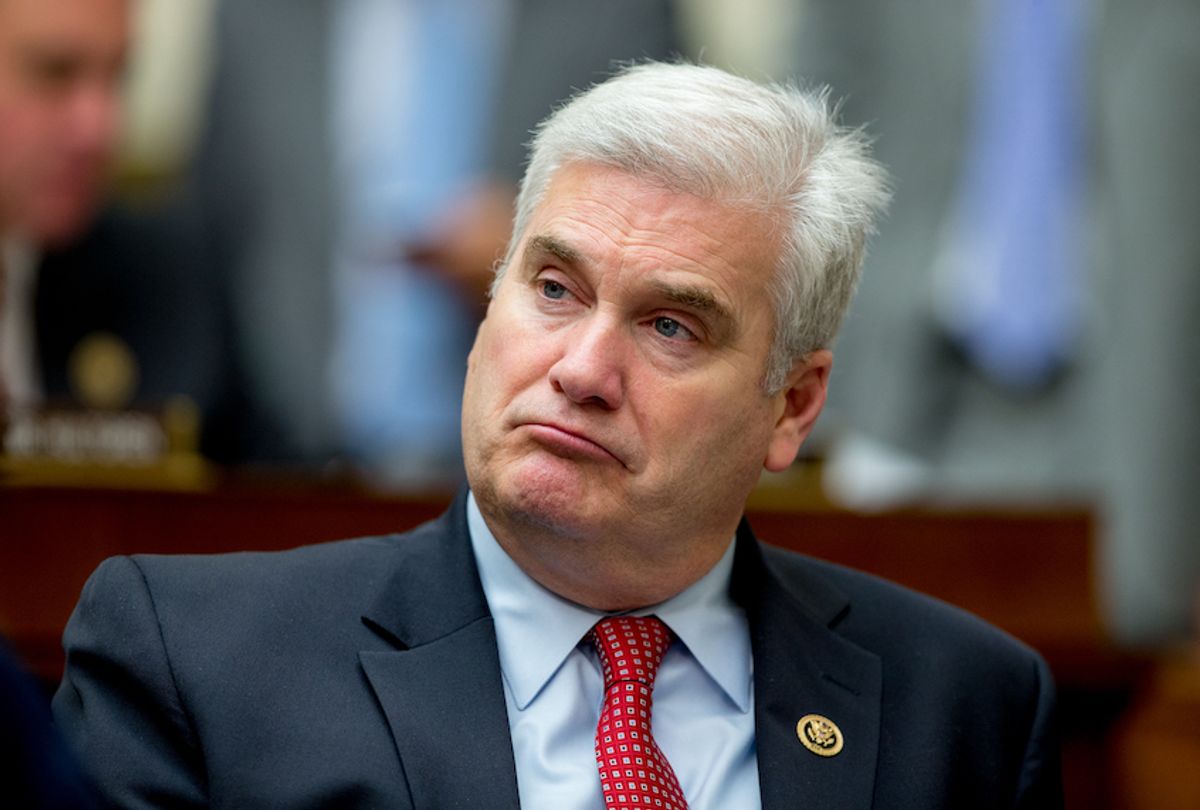 Call the Capitol hypocrisy police: We seem to have another incident needing attention.

This involves the pot calling the kettle anti-Semitic.

For weeks, Republicans, led by Donald Trump and his rally chants, have called for Rep. Ilhan Omar (D-Minn.) to “go back where she came from” as a naturalized immigrant born in Somalia, in part for anti-Israel policy issues that they see as “anti-Semitic.” They and some Democrats objected to her saying that the pro-Israel lobby was too dominant in lobbying Congress through political donations.

Trump and Republican leaders have strained to make “the vile” Omar and Rep. Alexandria Ocasio-Cortez (D-N.Y.) the face of Democrats, and dumped on Democrats who don’t drum her out of Congress. Omar is an outspoken, very liberal, Muslim woman.

"In case you have been dead for the last several centuries, this idea that rich Jews use their money for power and control is a standard anti-Semitic trope."

The criticisms are wrong, but predictable. Now comes the good part.

The Times of Israel newspaper published the heart of campaign letters from Rep. Tom Emmer (R-Minn.), head of the Republican National Congressional Committee, that identify three “left-wing radicals” he says “bought control of Congress for the Democrats.” Emmer writes that George Soros and Michael Bloomberg are Jewish, wealthy and politically involved, just not for Republicans; Tom Steyer, the impeachment guy, was born to a Jewish family but identifies as Episcopalian.

The Minneapolis-based American Jewish World newspaper first saw the letter, on Emmer’s letterhead, which appears to have been circulated in March and July. It says, “the news of impactful, real progress on turning our nation around was undercut by biased media and hundreds of millions of dollars of anti-Republican propaganda put out by liberal special interests, funded by deep-pocketed far-left billionaires George Soros, Tom Steyer and Michael Bloomberg ... These left-wing radicals essentially BOUGHT control of Congress for the Democrats.”

In case you have been dead for the last several centuries, this idea that rich Jews use their money for power and control is a standard anti-Semitic trope. On the other hand, there is a distinct difference between debating Israeli policies about occupying the West Bank and supporting more Jewish settlements in the face of United Nations resolutions than in attacking Jews for being, well, Jews.

So, the lesson here seems to be that if the message is from first-year Omar, she should be tossed from Congressional committees, from Congress and the country for not loving America. If essentially the same message is distributed from Emmer on behalf of electing Republicans to Congress, I guess nothing is supposed to happen except sending checks to help out.

Omar apologized for offending anyone who reacted poorly to her tweet that the pro-Israel lobby buys its influence on Capitol Hill. We haven’t heard anything like that from Emmer or Republican leadership. In fact, the NRCC under Emmer has repeatedly accused Democrats of anti-Semitism, especially Omar, the newspaper reported.

Steve Hunegs, executive director of the Jewish Community Relations Council of Minnesota and the Dakotas, criticized Emmer’s letter but told the newspaper that he is “a good friend to the Jewish community in Minnesota.”

Emmer has made it clear in interviews that Repubican Party leadership endorses the name-calling effort. In June, Emmer told Politico his staff has a “direct mandate” from himself and Republican leadership to “to be ruthless,” calling House Democrats “deranged” and “socialists.”

David Goldenberg, the Midwest Regional Director for the Anti-Defamation League, told MinnPost that using anti-Semitism for political gain or saying that it is limited to one political party makes it harder to confront.

After several Democratic congress members who are Jewish complained to the NRCC, Chris Pack, the NRCC communications director did not explicitly address how the NRCC defines anti-Semitism as or if he thinks Jewish members can be anti-Semitic. He said, “With anti-Semitism on the rise, it’s important for all sides to be sensitive with regards to this serious issue. It is also important for all sides to hold those accountable who turn a blind eye to the anti-Semites within the House Democratic conference.”

Emmer has been a congressman since 2015, replacing Michele Bachmann. He ran for governor in 2010. He worked for his family’s lumber business, is married with seven children, and is an avid hockey player and coach.

Unfortunately, the hypocrisy cycle grinds away without interruption.