What Uber and the Koch brothers have in common: a plan to destroy public transit 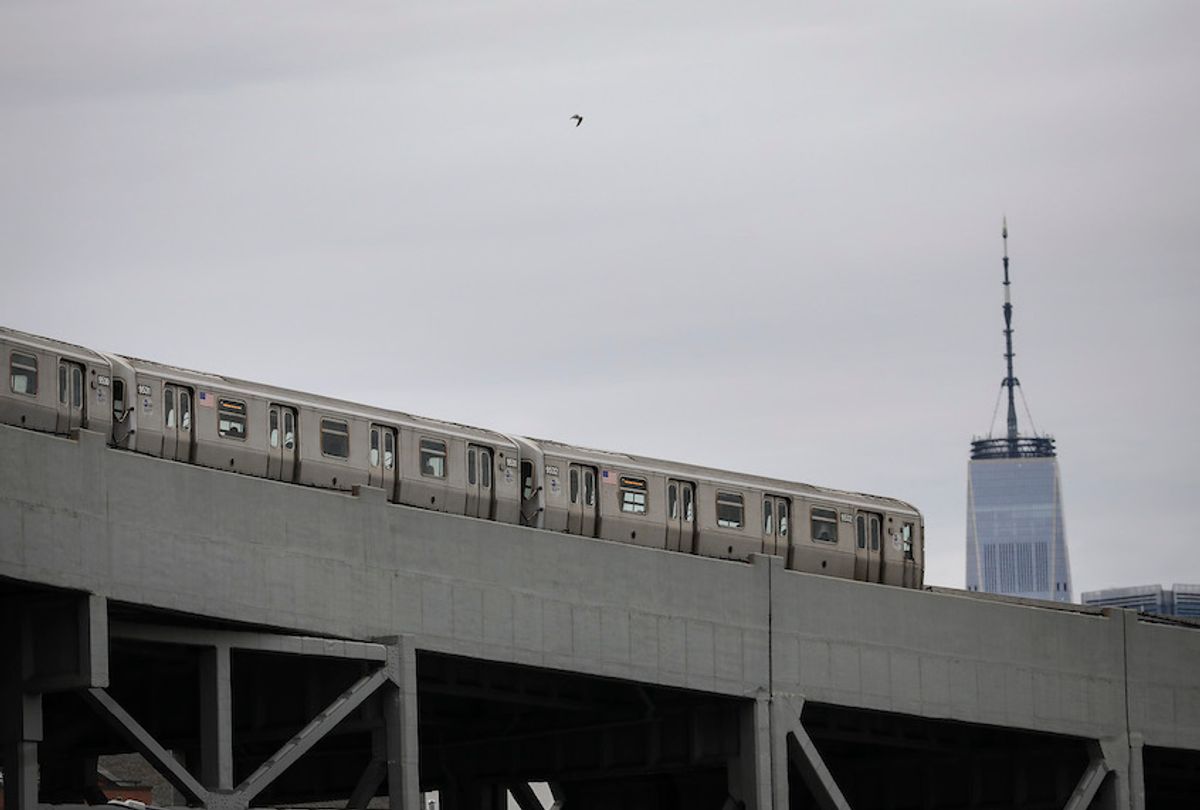 NEW YORK, NY - FEBRUARY 27: With One World Trade Center behind it, a subway train moves along the F/G line in Brooklyn, February 27, 2019 in New York City. (Drew Angerer/Getty Images)
--

Yet Uber — the Silicon Valley startup-gone-public — shares at least one goal with the most prominent funders of modern conservatism: the destruction of America’s public transit.

While polarization in the United States is on the rise when it comes to metrics like party affiliation and media consumption, there’s a frightening level of agreement in corporate America, regardless of party loyalty. Examining where both Uber and the Koch brothers agree exposes the consensus hiding beneath the surface of our current political gridlock. Yes, rideshare corporations and oil tycoons share a financial interest in a car-centric future. But both also lobby for corporate tax cuts, deregulation and fewer rights and protections for workers. Both also envision a society with weakened or nonexistent public goods, part of a 40-year privatization trend that’s touched everything from public education to water access. From this vantage point, government is, in fact, getting things done and solving problems — just for corporate America rather than poor and working people.

A close look at the growing war on public transit reveals the planks of this corporate consensus.

In documents filed with the Securities and Exchange Commission, Uber’s executives claim to see a “massive market opportunity” in the estimated 4.4 trillion miles traveled each year by people using public transit across 175 countries. The company continues to heavily subsidize per-ride costs to inflate its value to investors and undercut existing options, despite bleeding billions of dollars. “Uber is effectively a middleman for a money transfer from venture-capital (VC) firms to consumers,” writes James P. Sutton in National Review. Simply put, effectively supplanting the taxi industry wasn’t enough: Uber plans on undercutting public transit to finally turn a profit.

For their part, the Koch brothers are funneling money to their political action committee (PAC), Americans for Prosperity, to kill proposed public transit projects nationwide. Last year, they led the charge in stopping a popular $5.4 billion transit plan in Nashville, Tennessee, that had even been backed by a coalition of the city’s business community. The Kochs have funded similar anti-public transit efforts in Arkansas, Arizona, Michigan, Utah and other states.

Their stated rationale, of course, is lower taxes. Americans for Prosperity tried to kill a 2017 gas-tax plan in Indiana meant to raise a billion dollars to invest in buses and infrastructure, even though it was introduced by the state’s GOP-led House of Representatives. Cutting taxes is the Koch brothers’ bread and butter. They contributed $20 million to help pass the Trump tax plan, which slashed taxes for their primary business, Koch Industries, by as much as $1.4 billion a year.

Uber has joined the Koch brothers on this libertarian crusade, using a corporate shell game to avoid paying billions in taxes and lobbying against taxes and fees on rides across the globe.

The corporate behemoths also share a stated goal of “cutting red tape.” The Koch brothers bankrolled the founding of the nation’s first libertarian think tank, the Cato Institute, which sees “limited government,” i.e., deregulation, as a key ingredient of freedom. They also funded the now-defunct Freedom Partners, which developed a road map that shaped the early days of the Trump administration’s deregulatory policy agenda. Uber, together with its main competitor Lyft, boasted more lobbyists in 2016 than Amazon, Microsoft and Walmart combined. As of June 2018, the two corporations had convinced 41 state legislatures and many local governments to pass legislation protecting them from regulation.

Most importantly, both the Koch brothers and Uber understand that their freedom depends on taking freedom away from working people. Uber has spent generously on fighting to ensure its drivers maintain their precarious status as independent contractors. The company has also invested heavily in technology that would get rid of drivers altogether, including driverless cars. The Koch brothers’ anti-worker views date back much further, all the way to the counterrevolutionary days at the end of the New Deal era. Fred Koch, Charles and David’s father, owned an oil refinery corporation and was active in the archconservative John Birch Society. Through groups like the National Right to Work Legal Defense Foundation, the Kochs have long led the attack against collective bargaining rights for public employees, including train and bus drivers.

At the end of the day, the Koch Brothers and Uber are much like Coke and Pepsi. They may have clashing styles, but their product is largely the same: lower corporate taxes, deregulation, lower wages, and private control over public goods like mass transit.