Forget leaning in or out: There's a third way for women juggling work, family and a hectic life

When I was younger, I thought I would do whatever it took to truly do it all. Now I know there's a different option 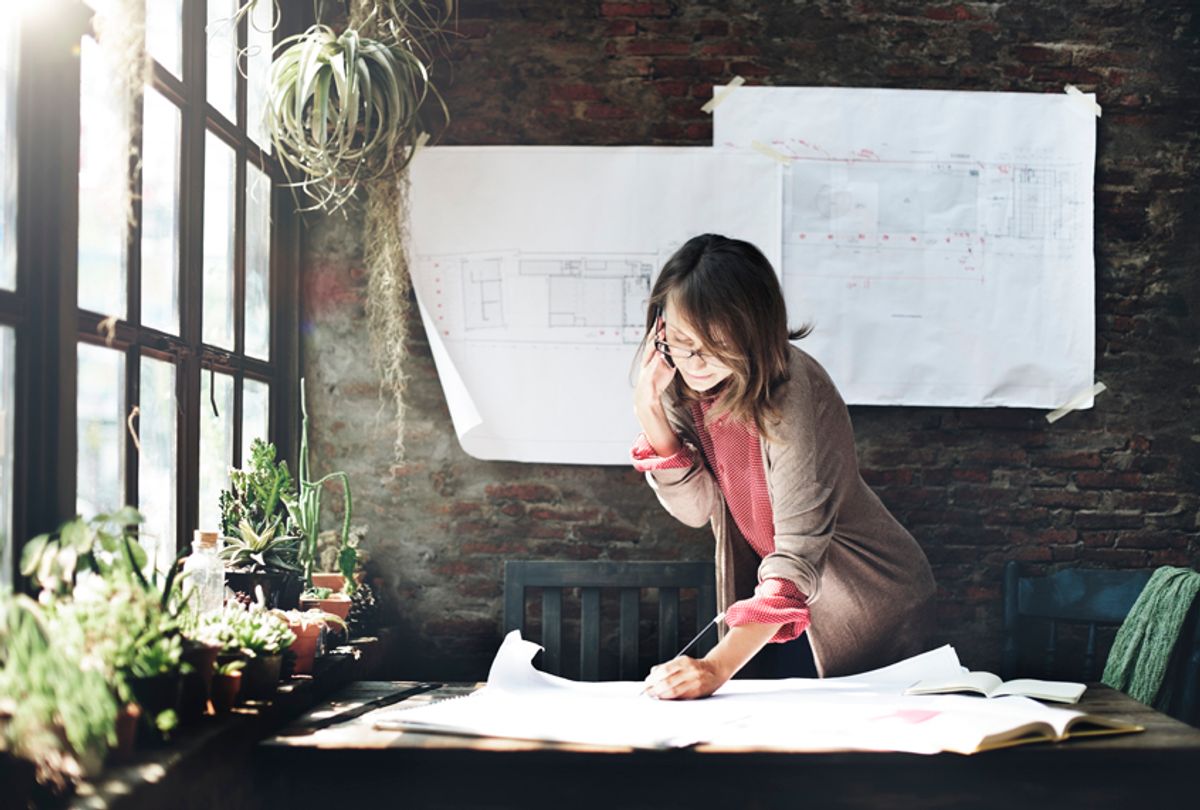 When I first started practicing law eight years ago, a departure memo sent by a female associate at a large law firm made the rounds. In it, Ms. X, as she came to be known, detailed her daily routine, which ran from 4 A.M. one day to 1:30 A.M. the next as she struggled to juggle kids, spouse and career until she ultimately cried, “Uncle!” I was 25, single, childless, and brimming with the company man fervor of a kid with her first real job. It sounded terrible, her struggle. But I didn't think that would ever be me. In fact, I made a solemn vow never to let myself become like that.

I decided I would do whatever necessary to be the woman who could truly do it all. If necessary, the only woman who could. The year prior, I’d been part of a class of summer associates that had just one other woman. During my most intense “lean in” days, I feared that they’d only hire one of us. I spent several late nights at the office, plus a weekend after I was no longer getting paid, in an effort to prove myself.

Now married with a kid and having spent nearly a decade practicing law, I’m still trying to figure out this whole working woman thing. This summer, a viral Facebook status caught my eye. Microbiology manager Sarah Buckley Friedberg listed all the things a woman is advised to do: “Go back to work before you have finished healing or have had time to bond with your baby. Keep your mind on work…Make sure to break the glass ceiling and excel at your job…Date your spouse!...Self care though is SO important…Make sure to have friends!” She ended her post with this: “I don’t know about you, but I’m ready to lean OUT.”

I feel this in every inch of my tired mom bones. Almost daily I get the urge to throw up my hands and say nothing about this is working for me—I’m done. (Or at least, let me phone it in?)

Our feminism comes in waves, each generation grasping at its own problem and picking up the fight to solve it. Mine feels bookended first by the push to lean in and now for permission to lean out. But what I sense through so many of these viral statuses, posts, memes, and think pieces about secret parenting is the heartache of solitude. We all feel like we’re going through this alone. Making matters worse is the ongoing framework we’re offered, which seems to exist only in stark dichotomy: Lean in or lean out. But let me present another option: Lean on.

As my summer of working as an associate wore on, and I wore myself out vying against the only other woman for a full-time position in a competition that I had set up in my head, I began to hope that both of us would be hired. I needed her. It was this woman, who rescued me when I nearly fainted at an important firm golf tournament on a 100° day by gracefully finding an excuse to help me exit, buying me a water bottle, and sitting with me instead of networking. At the end of the summer, I was hired and—to my relief—so was she. I wouldn’t be alone.

For years, women have been quietly sending the same message, “you’re not alone,” through the use of informal whisper networks. Back in the 1990s, women at Brown University memorialized a whisper network by writing on the bathroom wall in the library, an act dubbed “magic marker terrorism.” One woman aptly wrote: “If we don’t take care of each other, no one will.”

In fact, whisper networks themselves—though the term has recently been getting a bad rap—are perhaps the best cultural evidence of women leaning on other women. I reaped the benefit of my first whisper network at a work event where a much older partner was giving me an uncomfortable amount of attention. “How old are you?” “Do you like older men?” A woman with a charming Southern accent put her arm around me and said quietly, “You go. I’ll take care of this.” I listened and I let her. I later learned I wasn’t the first young woman to have a run-in, but because of the kindness of a few savvy women, I—and my career—survived unscathed. Whisper networks have the potential to become even more than vehicles for self-preservation and safety, they can be the infrastructure for support in each other’s professional and personal lives.

Sure, I’ve had women guide my professional life, but I’ve also had women help me to shift my workload so I could make preschool pickup. I’ve had women go over to my house to relieve the nanny. I’ve gone on long walks to brainstorm how to better configure a girlfriend’s morning schedule so she can reduce the number of times she has to pump at the office. I’ve picked up cookies for a friend when she ran out of time to bake them for the class party. I’ve had a friend grab toddler headphones for me ahead of an upcoming vacation when I wasn’t going to be able to make it to Target.

Right now, female college and grad students are in the throes of summer clerkships, internships, and first jobs. They’re envisioning their future more aware than ever of the cost of “having it all.” I hope when they look across the room and see another woman, they’ll be eager to meet her, to listen, to give and receive advice that is not one size fits all. They’ll be crusaders against imposter syndrome, a problem that plagues women in particular and tends to make us feel isolated. They’ll decide not just to believe women, but to believe in women. And they will, above all, lighten their burdens by leaning heavy on each other’s shoulders.

Chandler Baker lives in Austin with her husband and toddler where she also works as a corporate attorney. She is the author of five young adult novels and "Whisper Network," a New York Times bestseller and a Reese Witherspoon Book Club pick.