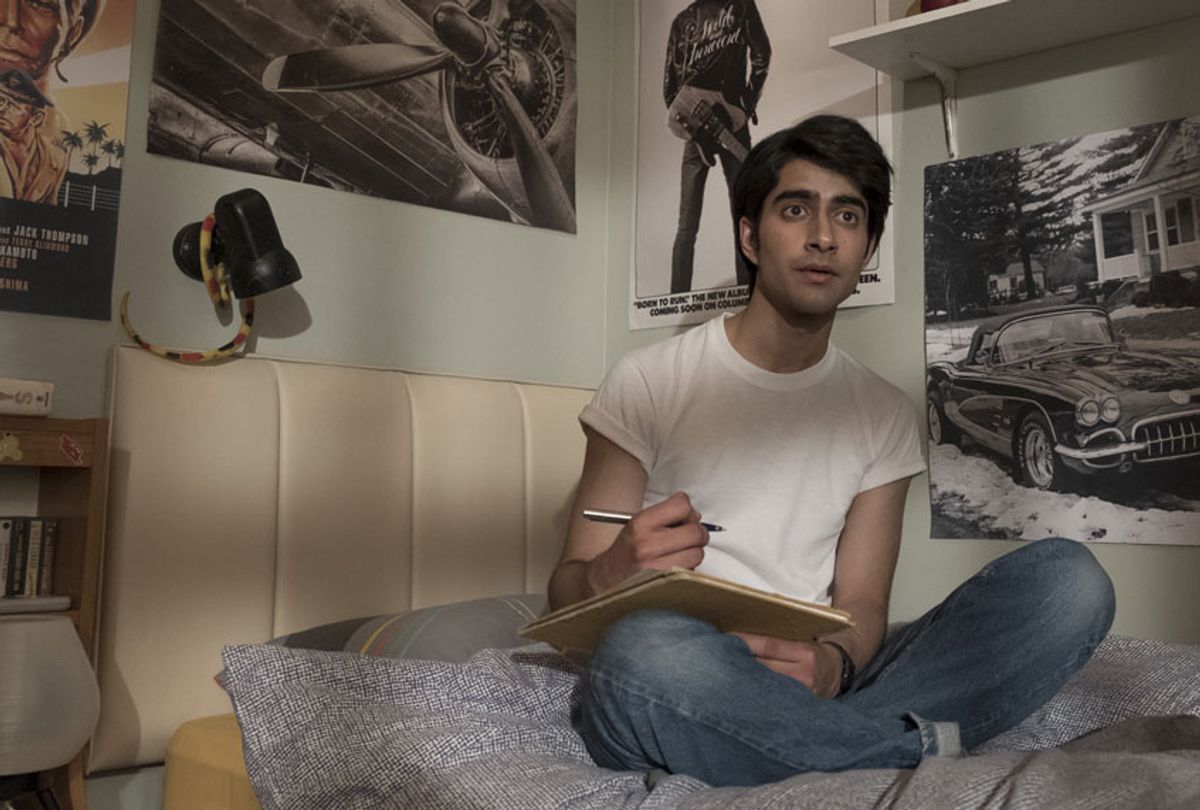 Directed by Gurinder Chadha of "Bend It Like Beckham" fame, "Blinded by the Light" premiered in Asbury Park, New Jersey, earlier this month to a packed house of die-hard Bruce Springsteen fans. As the Boss’ classic tunes poured across the screen, the hometown faithful whooped in unfettered delight.

During the after party at the historic Convention Hall, Springsteen joined Southside Johnny and the Asbury Jukes for a rousing set that included Wilson Pickett’s “634-5789,” Sam Cooke’s “We’re Having a Party” and Springsteen’s own “Sherry Darling.” A standout track from "The River" (1980), “Sherry Darling” traffics in the composer’s prevailing theme of effecting senses of liberation and escape from our mind-numbing, workaday world. As Springsteen sings in “Sherry Darling,” “Well, I got some beer and the highway’s free / And I got you, and baby you’ve got me.”

Adapted from Sarfraz Manzoor's memoir "Greetings from Bury Park: Race, Religion and Rock ‘n’ Roll" (2008), "Blinded by the Light" traces the story of Javed (Viveik Kalra), a British-Pakistani teen growing up in Margaret Thatcher’s socioeconomically vexed 1980s England, a world beset by race riots and escalating tensions among white supremacists and the nation’s growing immigrant population. Struggling to fulfill the hopes and dreams of his father Malik (Kulvinder Ghir), Javed strives to find a sense of identity in Luton, a factory town outside London.

When he is not being stalked by skinheads, Javed’s world is riven with the seeds of economic despair and ethnic warfare. When Malik is laid off from the local auto plant, Javed sees his father’s dreams of a better life in the U.K. beginning to crumble, leaving their family in disarray as Luton’s intercultural tensions continue to mount.

Javed’s only solace arrives courtesy of Roops (Aaron Phagura), the free-spirited friend who introduces him to the words and music of Bruce Springsteen. For Javed, the Boss’ lyrics imbue him with a much-needed sense of hope amidst his darkling world. With songs like “Dancing in the Dark” and “Born to Run” ringing in his ears, Javed begins to hone his dreams of becoming a writer, which are helpfully stoked by his inspirational creative writing teacher Ms. Clay (Hayley Atwell). And then there’s Eliza (Nell Williams), the girl who sets his heart aflutter in spite of everything.

For some viewers, "Blinded by the Light" may seem Pollyannaish in the way that music affords Javed’s escape from the mean streets of Luton. Unabashedly sentimental in its intent, Chadha’s film dares us to rise above our contemporary malaise. With its stark portrayal of the anti-immigrant tensions inherent in Javed’s 1980s-era U.K., "Blinded by the Light" depicts a world that is dishearteningly familiar. If we have any hope of triumphing over the disquieting sociopolitical maladies of our own age, the stirring sound of music seems like a mighty fine place to start.