How a little known government board decimated gulf coast fisheries

The Mississippi River Commission OK'd dumping trillions of gallons on polluted water into the sea. 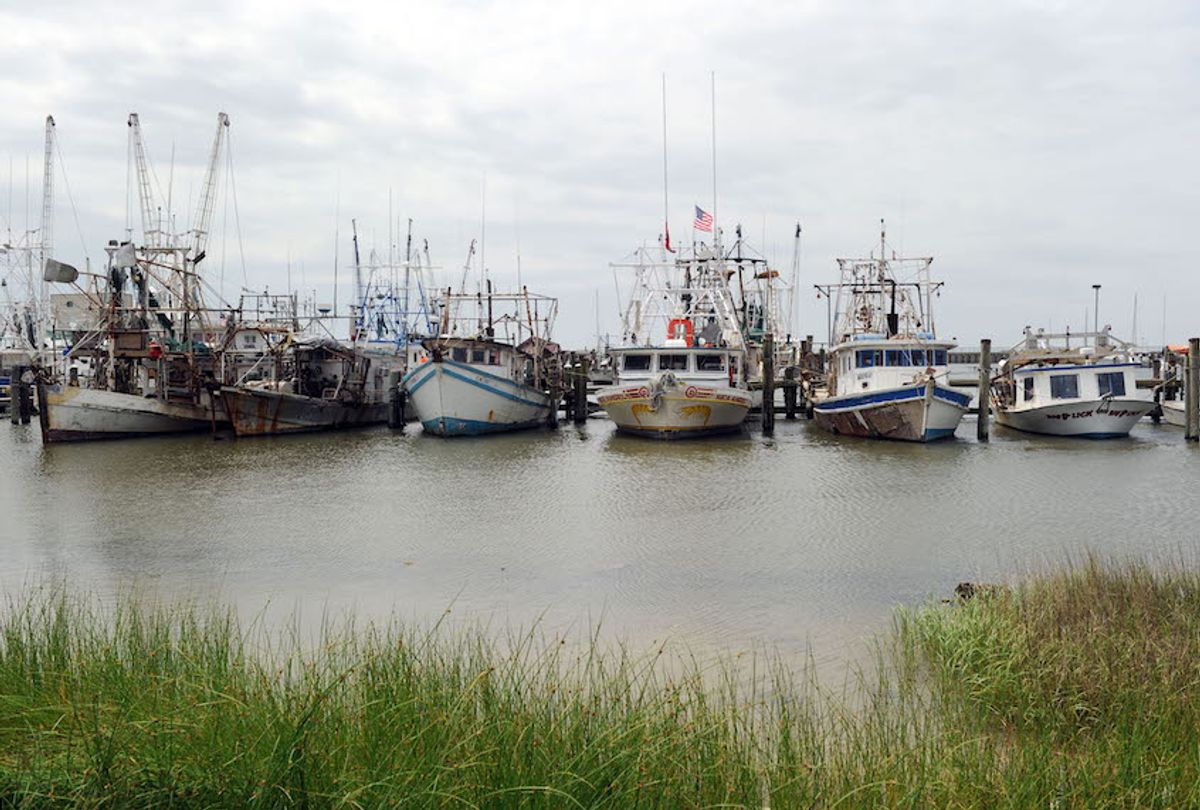 Idle fishing boats sit at the docks May 3, 2010 in Pass Christian, Mississippi. The fleet are confined to port since the shutdown of all fishing on the Gulf Coast due to the oil spill from the BP Deepwater Horizon platform disaster. AFP PHOTO/Stan Honda (Photo credit should read STAN HONDA/AFP/Getty Images) (Stan Honda/AFP/Getty Images)
--

Toxic algae closed all 21 of Mississippi’s beaches after the U.S. Army Corps of Engineers opened a Louisiana spillway, pouring more than 10 trillion gallons of freshwater laced with fertilizer, pesticides, sewage and other pollutants into the Mississippi Sound.

The influx of freshwater in the brackish Mississippi Sound damaged oyster, blue crab and shrimp fisheries. Blue crab harvests were down about 25% and shrimp down about 40%.

“Our natural and economic resources have been damaged and will continue to be damaged long after the Bonnet Carré spillway is closed,” said Delbert Hosemann, the Mississippi secretary of state.

The seven-member Mississippi tells the Corps when to open the four floodways on the Mississippi River. The commission was created by Congress in 1879 and includes three civilians, two of whom must be civil engineers. The commission president is Maj. Gen. R. Mark Toy, an Obama appointee, who became president in July.

Farther out in the gulf a dead zone is created each year from algae growth fueled by fertilizer from farms. The dying algae decompose, sucking the oxygen from the water which becomes toxic. The dead zone this year is larger than the state of Hawaii.

The Bonnet Carré spillway, 33 miles upstream from New Orleans, diverts water to Lake Pontchartrain to protect New Orleans from flooding. The spillway was built from 1929 to 1931 after the Mississippi River flood of 1927, one of the worst natural disasters in our nation’s history.

None of the civilian members of the Mississippi River Commission live in Mississippi although the commission is based in Vicksburg, Miss. The longest-serving member is Sam Angel, the third generation of his family to run a cotton gin business in Arkansas. The other civilian members are civil engineers James Reeder of Memphis, Tenn., who was nominated by Trump in 2018 and Norma Jean Mattei of Metairie, La., who was nominated in 2012 by former President Obama.

Angel, a critic of the EPA, said in 2017 that that first thing Trump should do is get rid of the EPA, calling it “the worst agency for business for maintaining the waterways.”

The commission was criticized in 2011 for its reluctance to open another floodway, the Birds Point-New Madrid Floodway in Missouri, which caused millions of dollars in unnecessary damage to Cairo, Ill., and nearby communities. One of the commissioners at the time was R.D. James, a New Madrid farmer who owned land in the floodway. James now leads the Corps’ civil works division which oversees levees.

The Corps opened the Bonnet Carré spillway twice this year and had it open for a record 123 days.

Mississippi politicians wanted the Corps to open another floodway, the Morganza spillway east of Lafayette, La., to reduce the amount of water going through Bonnet Carré. The Corps made plans to open the Morganza but postponed them as hurricane Barry approached.