Ben Berman set out to make a film about a dying magician. But that's nothing like the film he ended up with 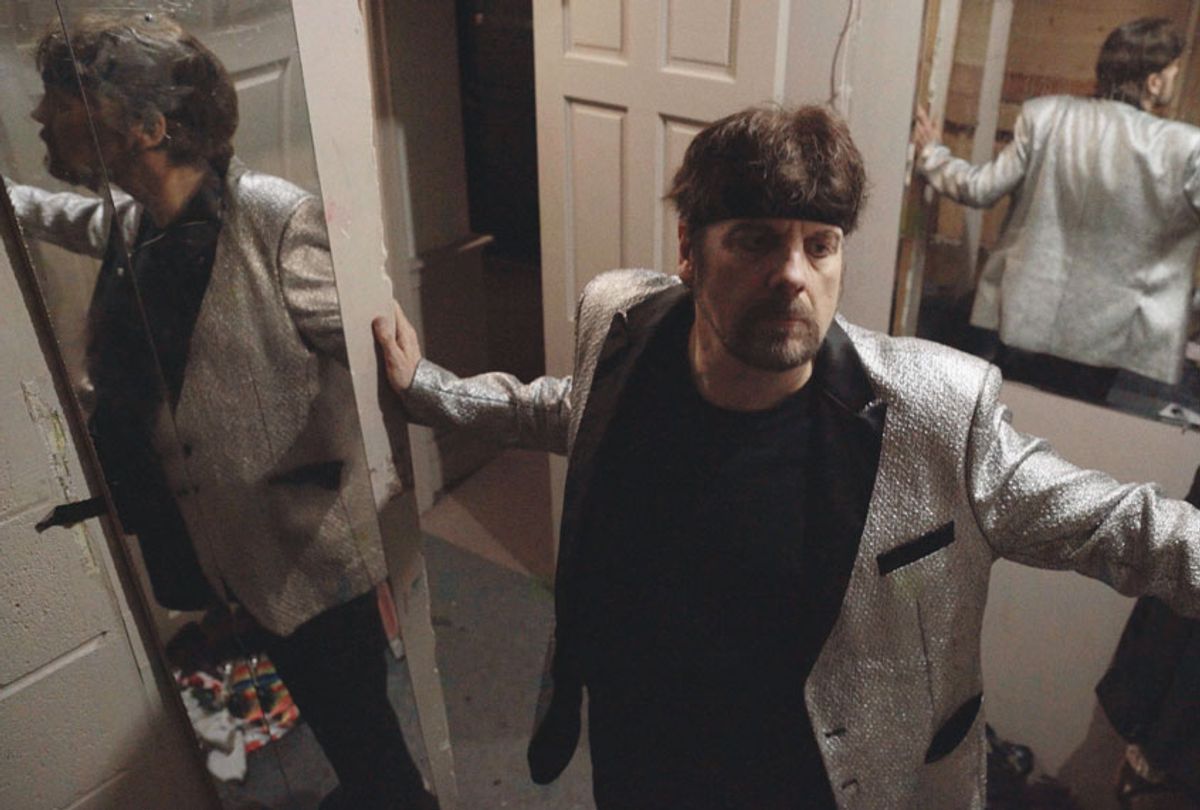 When John Szeles, a professional magician known by his stage name “The Amazing Johnathan,” was diagnosed with a terminal heart condition, filmmaker Ben Berman saw the opportunity to create a documentary that explored mortality, while weaving in the story of the Amazing Johnathan's lengthy career as a performer.

But then his film began to fall apart. Five years after his initial diagnosis, Szeles was still alive, using drugs regularly. Questions began to surface about whether his purported diagnosis had been an elaborate trick. Then months into filming, Berman found out that Szeles had invited another documentary crew — one that supposedly had flashy credentials and a trail of awards — to follow him as well.

After some deliberation, Berman decided to turn the camera on himself, while turning the competing film crew into characters in a self-aware film that ultimately tugs at questions of documentary ethics in a media landscape that is bursting with the form. Berman spoke with Salon via phone about the result of this experiment, “The Amazing Johnathan Documentary,” which premiered on Hulu over the weekend.

When did you decide that you needed to make yourself a character in the documentary? What was the ultimate tipping point?

Six months into filming Johnathan, he told me that he was allowing another documentary crew to come into his life to film another documentary on him. We were about to, you know, set sail on a comeback tour that I was going to be filming. So when I heard about the other crew, I was hurt and confused, and I needed to make a choice: Was I going to give up and not try to compete with this crew I was told were Academy Award winners, or compete with someone who is, in a way, bigger and better?

A documentary is a medium that either is trying to find the truth or present the truth, and it would be bizarre to avoid that part of the truth that there was another crew. So I decided to open up the aperture, the scope of the film, to allow the narrative of the other crew competing with me. And at that point, to fully tell that story, I knew I had to be seen on camera a bit. But I certainly didn't plan on it going where it actually did.

When you first started filming, what did you think the documentary was going to look like?

When I started filming Johnathan, I simply wasn't judging it much. I was just filming and not being tough on on the material or trying to craft it. Like, early on, I was just observing.

I did think it was more than likely going to be a 20-minute short film, a vérité, fly-on-the-wall-style doc about a magician who's confronted with his mortality, and he's dealing with it through both sincerity and dark humor. Those are the stories I love to tell — sad and funny stories.

Then the “comeback tour” was scheduled and I was like, "OK, now there’s a little bit more of an actionable story we can follow." Then only a little bit after that to the second crew comes into Johnathan's life, which changed things.

So did you go into the project thinking that Jonathan was going to be a reliable narrator? Or did you know that you were going to have to pull in different perspectives, because he was sort of is a known prankster?

I really didn’t know his reputation among his friends and all that for being a prankster going into it. Not to beat around the bush, in reality the biggest element that attracted me, unfortunately, was, you know, this confrontation of death, right?

Yeah — it is compelling.

Yeah, and I can't say that that's not a bit exploitative; that I find out about a man who is dying, and then I want to make a film about him. If that wasn't part of his life or, you know, if that wasn't part of the story, his life story, would I would I be there? No, I absolutely wouldn't be. For right or for wrong, that’s the truth.

I was envisioning — I don't know if you've ever seen D.A. Pennebaker's “Dont Look Back”? — but his older films like that, but modern day. That type of movie.

I was going to ask you influence-wise — once you found out that there was additional competition, were there documentaries or even other points of media that you looked at , like, "Now that I have to reroute, this is may be someone whose style I could imitate or mimic"?

The first act is basically inspired by you know, D.A. Pennebaker, Alfred Maysles, those kind of '60s, fly-on-the-wall docs. And then the second act, once the other crew entered, and therefore I entered and began including my story in the movie, and my friends and family giving me advice — I took a good amount of inspiration from Ross McElwee's “Sherman's March.” So just like him, changing course in the movie, and allowing it to be about me, making it more personal.

But then, later in the movie, as the film begins to question the legitimacy of Jonathan's illness, it slowly starts to take the shape of like, a true-crime documentary — an investigative, journalistic piece. Which I would like to think is pretty much a comment on current media and the popularity of true crime and how like everything is so scintillating; it’s made to be super, super impactful.

There’s a clip in “The Amazing Johnathan” where you are watching a comedy bit — is it Marc Maron? — where he’s riffing on the fact that there are so many documentaries. How did that inform the direction your film took?

I would like it to be undeniable that that “The Amazing Johnathan Documentary” became commentary or color on the current state of documentary filmmaking and nonfiction filmmaking. I wouldn't say there is a  sudden popularity of nonfiction, but there is a zeitgesty-ness in the marketability and big business of nonfiction; I think that's really increased in the last two to three years.

There are filmmakers who are absolutely chasing stories not only to bring truth to light and do really great, impactful things, but I would argue that some of them — myself included — maybe are doing it for more selfish reasons, to have a story to tell.

So it also begs the question of who's using, and who's benefiting? Is the subject Johnathan, using me and the other filmmakers to get to have his legacy live on and to tell his story? Or to feel like he has an audience again? Or is it me, and these other filmmakers, who are using his story to have a story to tell? So is it possibly exploitation all around?

On that, I did have the question of whether you knew how frequent a drug user Johnathan was coming into the film? Because there's a point where you actually say in the documentary that you wanted to film him smoking meth so that you could have "the most interesting" documentary among the competition. What are the ethics on that?

Documentary ethics and morals are a huge piece of this film, I would say — with the drug use specifically. Is it right or wrong for me to manipulate that situation and be provocative to win the "documentary war"? I won't answer that question, but I love it. I want people to be asking themselves that.

But that’s just one small element in the bigger question of documentary ethics. Should filmmakers enter their own movie? Is it right or wrong to do that? Am I exploiting Johnathan’s death? Am I exploiting my father, when he is crying on camera watching footage? Or is it even unethical to use a dark, scary music cue for a scene that wouldn’t register as dark and scary if the music wasn’t there?

It’s a documentary, no question about it. It's real. But at the same time, I think we put all the cards on the table, in a hopefully refreshing way.