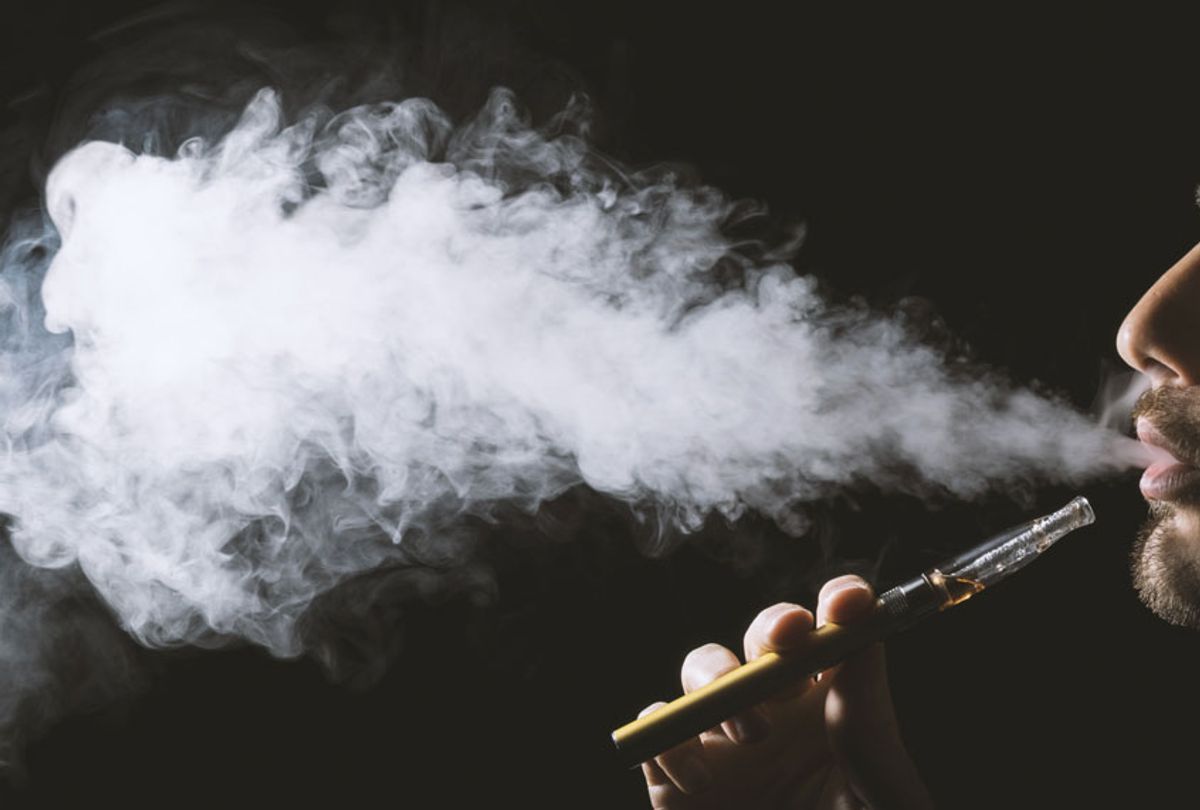 On Saturday, the Centers for Disease Control and Prevention (CDC) announced that the organization is investigating a surge of severe lung-disease cases linked to vaping.

While the agency says more information is needed to determine the cause, a common thread in all the cases are e-cigarette use.

“There is no conclusive evidence that an infectious disease is causing the illnesses,” the CDC asserted in a media statement.

From June 28 to August 15 this summer, 94 possible cases were reported across in 14 states, such as Wisconsin, Illinois, California, Indiana, and Minnesota.

Patients who have the illness experience coughing, fatigue, chest pain, weight loss, and shortness of breath, which worsen over time. Some have needed ventilators to breathe.

One Wisconsin man, Dylan Nelson, as reported by NPR, was admitted into an intensive care unit in July because he had trouble breathing after he bought cheap THC oil from a friend. Nelson, 26, told NPR he did not remember much leading up to his hospitalization. He just woke up in the hospital.

"It was very uncomfortable. Every time I would cough with the tube in my mouth, fluid would come u out of my lungs into the tube and they would have to vacuum out the hose," he said.

Nelson said the oil he was vaping was “watered down.”

Wisconsin makes up 30 of the 94 reported cases. At first, in Wisconsin, the common thread of vaping was not an obvious one.

"As the clinical team was trying to get a better understanding about what might be causing this, it became apparent that the one preceding factor was that the patients had been vaping," Dr. Michael Gutzeit, chief medical officer of Children's Hospital of Wisconsin in Milwaukee, explained NPR.

According to health officials in Wisconsin, the vaping produced consumed by victims include a number of different substances, including nicotine, THC, and synthetic cannabinoids; specific products have not been officially linked to the illness.

In an emailed statement, Juul Labs — the largest U.S. e-cig maker — said they are monitoring the reports. “Like any health-related events reportedly associated with the use of vapor products, we are monitoring these reports,” Juul Labs said on Sunday in a statement emailed to Reuters.

“These reports reaffirm the need to keep all tobacco and nicotine products out of the hands of youth through significant regulation on access and enforcement,” the statement said. “We also must ensure illegal products, such as counterfeit, copycat, and those that deliver controlled substances, stay out of the market and away from youth [sic].”

As Salon.com reported last year, a lack of regulation of e-cigs means no one knows for sure if you can inhale the chemicals that are added to flavor the tobacco. Some common vape flavoring chemicals, including diacetyl, have been well-documented as causes of chronic lung diseases. In 2015, researchers at the Harvard T.H. Chan School of Public Health found that diacetyl was in 75 percent of the flavored electronic cigarettes and refill liquids they tested.

In addition to severe lung disease, the U.S. Food and Drug Administration also is investigating reports of seizures among e-cigarette users. In April, the FDA said there have been a recent uptick in "reports of adverse experiences with tobacco products that mentioned seizures occurring with e-cigarette use (e.g., vaping) signal a potential emerging safety issue.”

Some municipalities like San Francisco have already began to take matters in their own hands by banning e-cigs.

There does not seem to be a common age of the victims of the vaping-related lung disease. In Wisconsin, health officials said at first they saw cases among teens and young adults. However, some new cases among older age groups have now emerged.

Notably, teen nicotine use in the United States use was nearly eliminated before e-cigarettes emerged.  Between 1997 and 2015, the U.S. high school smoking rate declined by an astonishing 70 percent — the result of almost two decades of public health initiatives, prompted by alarm over an uptick in teen smoking in the 1990s. The downward trend led some to predict that teen smoking could be entirely eliminated by 2035. But according to the FDA, more than 3.6 million middle and high school students had smoked e-cigs in the past month when students were surveyed in 2018.