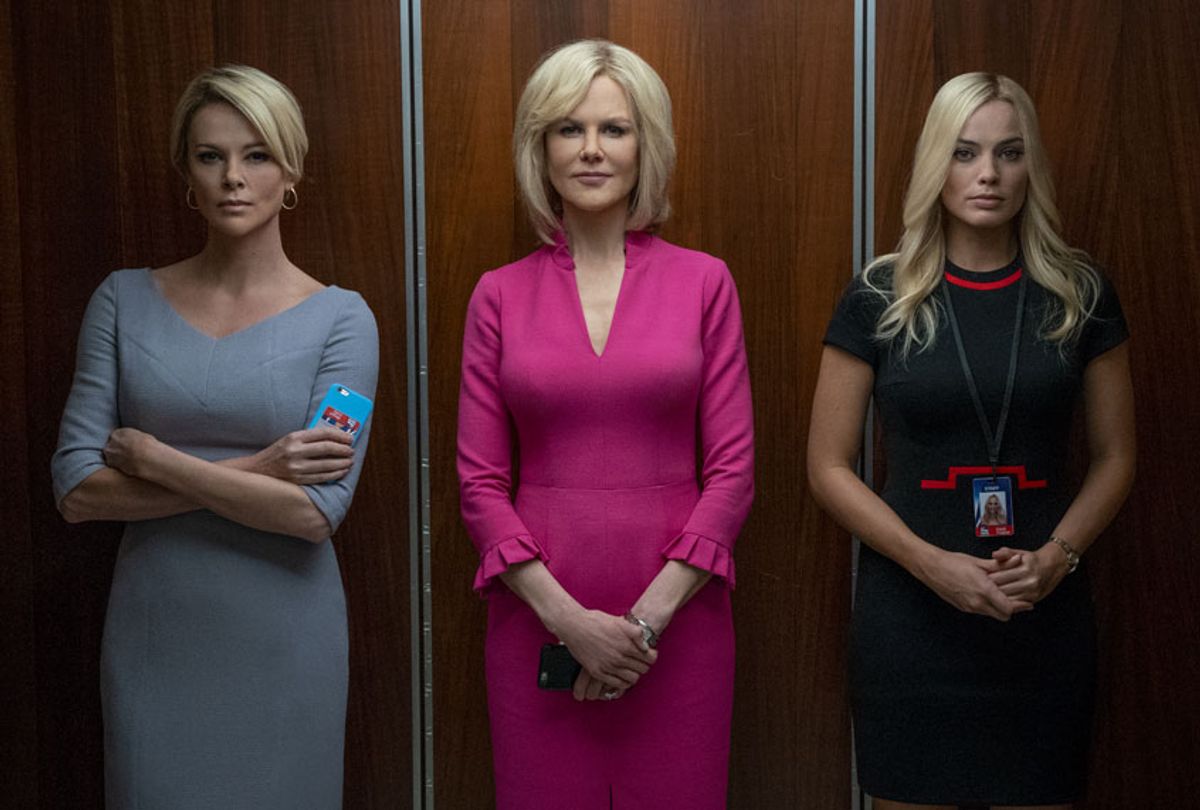 Here’s the official logline: “‘Bombshell’ is a revealing look inside the most powerful and controversial media empire of all time; Fox News, and the explosive story of the women who brought down the infamous man who created it.”

John Lithgow stars as Ailes i what is sure to be a very different take on the infamous strongman than Russell Crowe’s in “The Loudest Voice,” a Showtime limited series about the rise of Fox News. In addition to the three headliners, “Bombshell” features a stacked cast that includes Allison Janney, Kate McKinnon, Malcolm McDowell, Mark Duplass, Alice Eve, Brigette Lundy-Paine, Liv Hewson, and Alanna Ubach.

The embattled former Chairman and CEO of Fox News for nearly 20 years, Ailes died of unknown causes in May of 2017. He resigned from his position in July of 2016, following allegations that he sexually harassed female colleagues, including anchor Gretchen Carlson. He was also a media consultant for a slew of Republican presidents, including Richard Nixon, Ronald Reagan, and George H. W. Bush. In 2016, he served as an adviser to the Trump campaign, where he assisted with debate preparation.

Directed by Jay Roach (“Trumbo,” “Meet the Parents”), “Bombshell” puts the focus on the women, and this first trailer plays more like a whistleblower drama than a biopic.

Read more IndieWire: 'Bond 25' Finally Gets an Official Title and a Slick New Logo to Match

In this first look, the music is tense but buoyant as all three women board an elevator together, and slowly realize they are all heading to the same floor. The tension is ripe as they assess each other in sidelong glances, the impeccable make-up and hair making each star unmistakable as their corresponding real-life figure. With these three at the helm, “Bombshell” is sure to explode.

Check out the first official trailer for “Bombshell” below.