Other celebrities fell for the "privacy policy" hoax too. But only one was in charge of America's nuclear arsenal 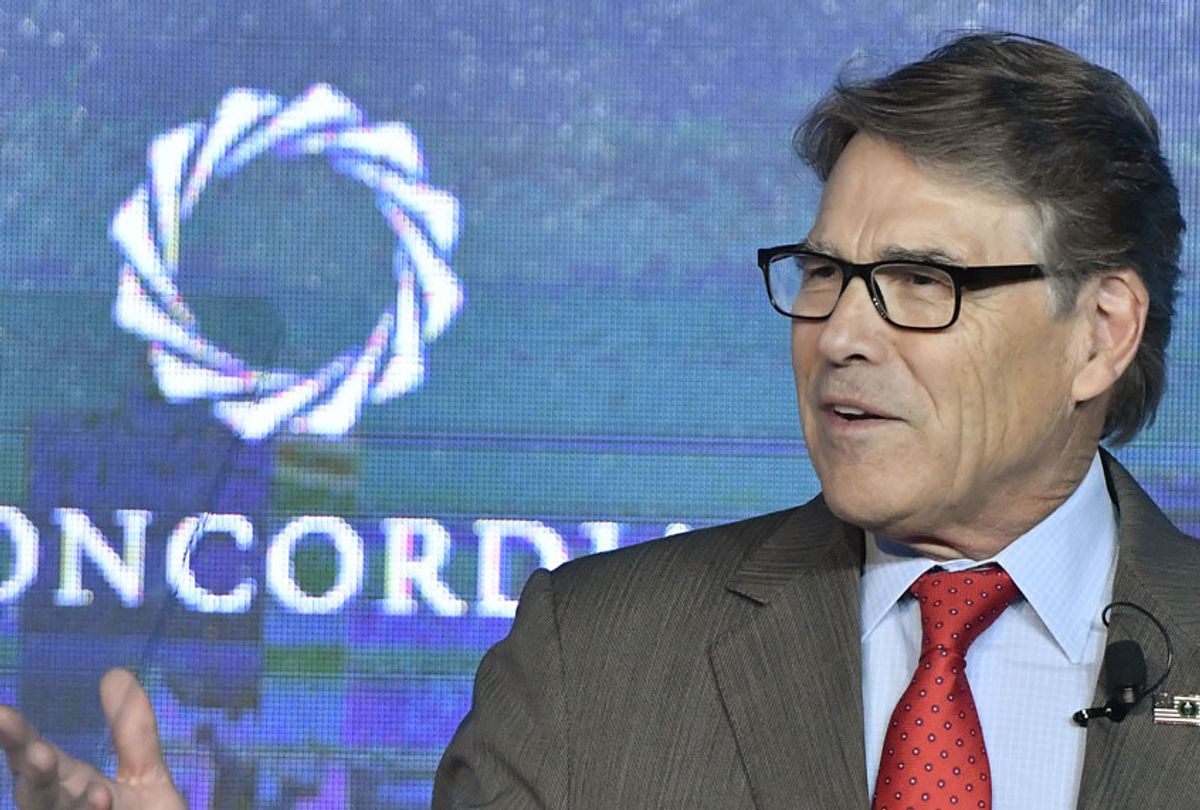 Energy Secretary Rick Perry on Tuesday became the latest victim of an Instagram hoax that dates back years.

Perry, who is tasked with overseeing the entire American nuclear arsenal, reposted a message that falsely claimed that a new Instagram privacy policy would make all user posts, including deleted posts, public and would allow the company to “use your photos.”

The message, which previously targeted Facebook users as early as 2012 and has been debunked by Snopes, also falsely claimed that users could opt out of the new policy by reposting the message.

"With this statement, I give notice to Instagram it is strictly forbidden to disclose, copy, distribute, or take any other action against me based on this profile and/or its contents," the post said. "Instagram DOES NOT HAVE MY PERMISSION TO SHARE PHOTOS OR MESSAGES.”

Perry, a former "Dancing With the Stars" contestant, posted the message to his personal Instagram account as well as on Twitter. Other celebrities, like actresses Julia Roberts, Julianne Moore and Debra Messing and the pop singer Usher, fell for the hoax as well. But Perry was roundly mocked on social media because of his position overseeing all of America’s nuclear power plants and weapons.

"How the hell are you in charge of the department of energy when you fall for the social media version of chain email," one commenter wrote.

"I’d like to introduce you to a Nigerian prince,” offered another commenter.

Hours after the post, Perry commented, “OMG … seriously, you mean this is fake!!”

“I’ll be darned!!” he added. “First time I’ve seen anything fake on the internet!!”

Perry finally deleted the post nearly 12 hours later and replaced it with a satirical version allowing Instagram to use his photos of dachshunds and “backstage selfies with Vanilla Ice.”

“This post I made on my phone shall stand as a legally binding document, in perpetuity throughout the universe,” the post said.

Perry is one of the few Trump administration officials who has served since the beginning of Trump’s presidency. The New York Times reported in 2017 that Perry had no idea the Energy Department was charged with overseeing the country’s nuclear arsenal and did not learn that he would be in charge of it until days after accepting the job. Perry, who studied animal husbandry at Texas A&M University, replaced Ernest Moniz, the former chairman of the MIT physics department who directed the linear accelerator at MIT’s Laboratory for Nuclear Science. Moniz’s predecessor, Steven Chu, earned a Nobel Prize in Physics.

Perry actually ran for president in 2012 on a platform of eliminating the Energy Department, though he famously forgot its name while listing off all the departments he would cut.

Perry had a change of heart after being tasked with leading the agency.