Why the world is watching the fate of an Iranian tanker

An Iranian tanker, previously detained by the British Royal Marines, has been released. But the story doesn't end 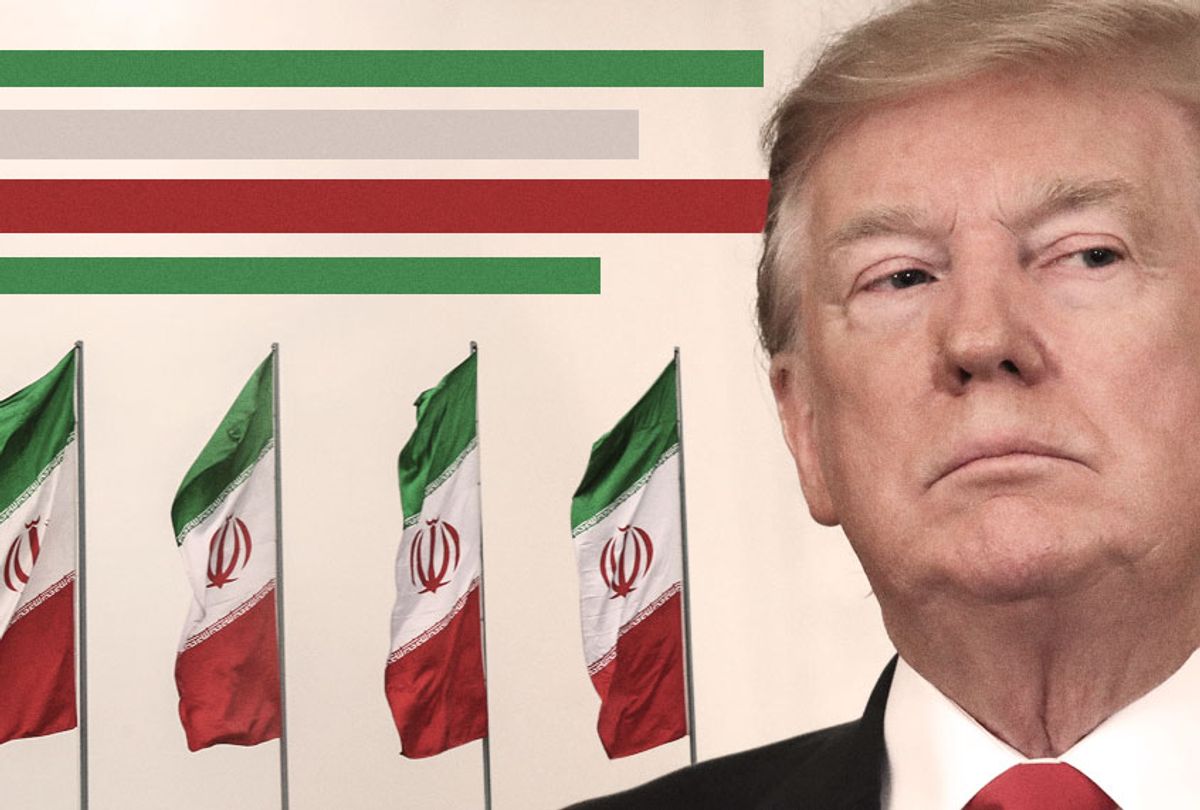 This article was produced by Globetrotter, a project of the Independent Media Institute

At 11:30 p.m. on August 18, the Iranian tanker Adrian Darya 1 left the shores of Gibraltar at the mouth of the Mediterranean Sea. This ship had been detained 46 days ago by British Royal Marines and Gibraltar’s officials. The British claimed that the ship — then named Grace 1 — was taking its cargo of 2.1 million barrels of oil to Syria. There are European Union sanctions against trade with the Syrian government. It is based on these sanctions that the British seized the Iranian vessel.

Last Thursday, on August 15, Gibraltar’s Chief Minister Fabian Picardo ordered the release of the ship after the Iranian authorities said it would not be going to Syria. The immediate destination for Adrian Darya 1 is the Greek port of Kalamata.

The British, it is clear, seized the Iranian tanker at the urging of the United States. There was no previous British warning that it might enter in such a muscular way into the U.S. attempt to suffocate Iran. Even the location of the seizure unnecessarily raised tensions for the United Kingdom. The waters around Gibraltar are contested between Britain and Spain, with the latter making noises about a formal complaint about the British action.

Gibraltar’s government has been trying to find a middle course between the claims of Britain and Spain. It seeks some form of independence, although with close ties with both its large neighbor and its formal occupant. When the UK asked Gibraltar’s authorities to get involved in the seizure of the Iranian tanker, Gibraltar’s government complied because the request was in line with European Union sanctions against trade with the Syrian government.

In Gibraltar’s courts, the British were largely silent. The case against the Iranian vessel was made by the United States, which changed the basis for the seizure. The U.S. argued that the vessel had to remain impounded as part of its new and harsh sanctions regime against Iran. When Gibraltar was preparing to release the ship, the U.S. District Court in Washington, D.C., issued a warrant for the ship. This emergency warrant alleged that the ship was owned by the Iranian Revolutionary Guards and therefore must not be allowed to sail.

Gibraltar did not agree. The U.S. tried to use its 1977 International Emergency Economic Powers Act, and the new sanctions regime by the Trump administration. None of this appealed to the judiciary in Gibraltar. The government of Gibraltar said that it did not accept the new U.S. sanctions regime on Iran. It had held the vessel based on the European Union sanctions on Syria, not on any EU sanctions on Iran. Therefore, it has allowed Adrian Darya 1 to sail.

New statistics show that Iran’s economy has been decelerating at a rapid pace. The numbers from the Statistical Center of Iran show that Iran’s GDP shrank by 4.9 percent in 2018-19. Economic growth is slipping backwards, as the sectors of oil, industry, and agriculture post negative numbers. Inflation continues, with the inflation rate now at the highest it has been in a quarter of a century. Iranian traders have been moving their goods to Iraq, which results in the rise of prices within Iran. Most stunningly, the prices of non-trade goods and services — such as health and housing — are rising. All this has put enormous pressure on the government of Hassan Rouhani, although his spokesman Ali Rabiei said on Monday that Iran’s economy is experiencing “positive signs.”

Confidence from the Iranian government is remarkable. Officials in Tehran refuse to be cowed by the pressure from Washington, D.C. When the Adrian Darya 1 left Gibraltar, senior Iranian parliamentarian Alaeddin Boroujerdi said that its release was a result of “the revolutionary diplomacy of resistance.” He pointed to the seizure by Iran of the British ship Stena Impero, which continues to be detained in Iran. The British ship, Boroujerdi said, was being held for its violation of basic maritime rules in the Strait of Hormuz. The seizure of the Iranian ship — he pointed out — “was an act of piracy by England.”

Based on this assessment that the UK had indulged in piracy at the urging of the United States, Iran’s chief judge Ebrahim Raeisi said that the release of Adrian Darya 1 is not sufficient. Compensation must be paid to Iran. What compensation will be demanded from the UK is not clear, and it is further unclear where Iran will formally raise the issue of compensation. Iranian diplomats say that they might approach the United Nations based on the 1982 UN Convention on the Law of the Sea.

Will Greece Hold the Tanker?

Within the Trump administration there is appetite to further block the passage of Adrian Darya 1, and make it a flashpoint toward war. That is what Trump’s adviser John Bolton indicated when Gibraltar held the ship. Make your move, he seemed to suggest to Tehran. Iran told the U.S. — through the Swiss authorities — that it must allow the ship free passage. If the Adrian Darya 1 is blocked, it would set a terrible precedent for international shipping.

When the tanker enters Kalamata, it will likely take on a new crew and then set its next destination. There is no indication as to what the ship will do with its 2.1 million barrels of crude oil. It is likely that it will unload its cargo onto another ship in international waters.

Last week, the U.S. government asked Greece to contribute to its naval force in the Persian Gulf. Greece, with its new conservative prime minister, declined — as did France and Germany — to this new U.S. initiative. The Greek government, led by Kyriakos Mitsotakis, is eager for a close relationship with Washington, but it is not willing to enter a frontal clash with Iran. Greece is already in a heated situation with Turkey. To rattle Iran would only further complicate Greece’s fragile dance in the eastern Mediterranean.

Greece, unlike the U.S., has taken the position that Iran has “the right to develop nuclear technology for peaceful purposes alone.” This is Iran’s position. The United States, as Professor Seyed Mohammad Marandi told Tricontinental: Institute for Social Research, opposes even a peaceful nuclear project for Iran. This is why Trump walked out of the 2015 nuclear deal. This is precisely why the U.S. has been putting immense pressure on Iranian shipping. And this is what led us to the story of the Adrian Darya 1.