I will never apologize for my flavored coffee 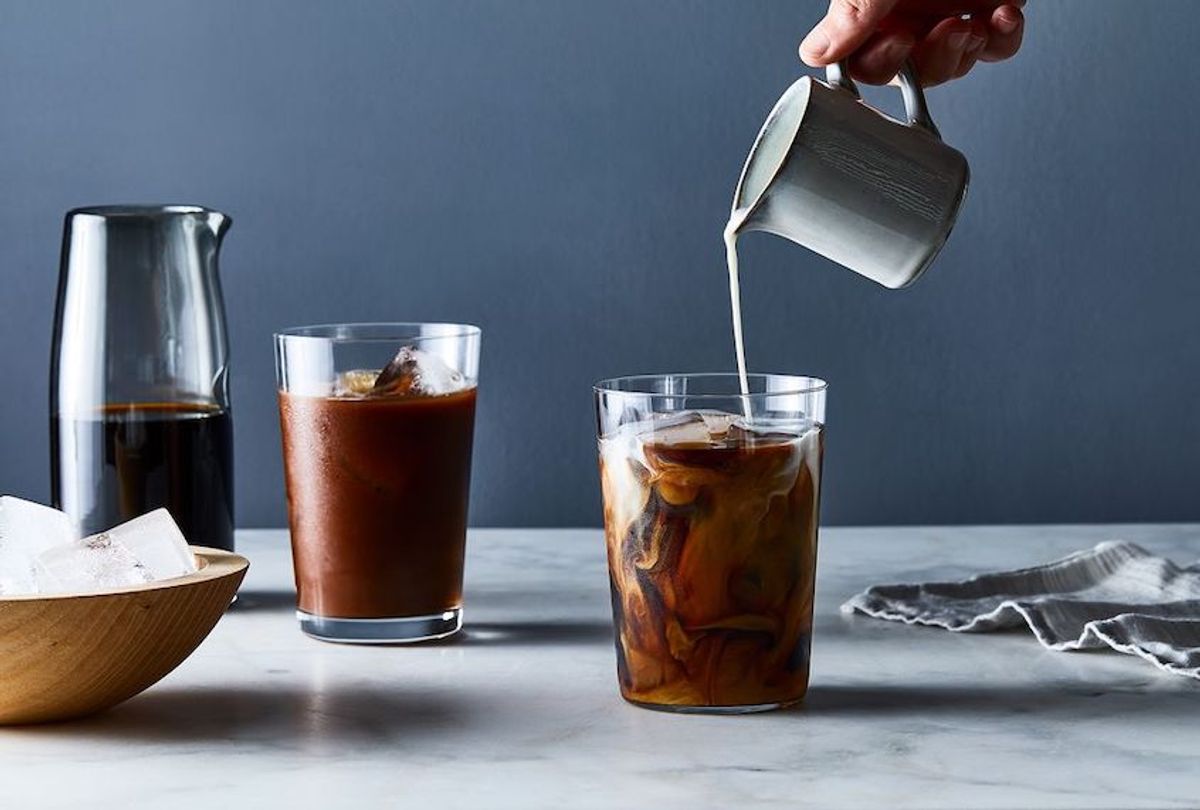 Earlier this year, I had an interaction at my bagel place that threw me into a bit of an existential vortex. It was a Sunday morning, in that perfect window where winter turns into spring, and I was filling up at the coffee station. Hazelnut — my little Sunday treat. A cloud of sweet steam was rising from my thermos.

“Hazelnut, huh? Wouldn’t have pegged you for a flavored coffee person.”

I looked over my shoulder to see a guy, smiling as he poured himself a cup of regular black coffee. It was clearly a gentle tease—not super smooth, but not confrontational. I don’t quite remember how I responded. Probably with some platitude designed to end the conversation: “What can I say? I love my hazelnut.”

You’re not my type, and that’s not a very good line.

What I really wanted to say: Yeah, okay. Let’s get into this. I drink my coffee black these days — can you tell that from how I look? — but years ago, growing up in Seattle in a family of relentless coffee drinkers, flavoring my joe was the way in. I could join my dad in the morning with a cup over the newspaper, or walk to the Metrobus stop with my thermos like everyone else. Sometimes I poured a packet of hot chocolate into my coffee; sometimes it was hazelnut.

What I also wanted to say: People have been flavoring their coffee for years. Sure, my boo artificial hazelnut is a more modern intervention — but have you ever had cardamom coffee? When I lived in Abu Dhabi, this staple was often the only coffee I could find in the grocery store. Or chicory coffee in New Orleans, so pleasingly earthy that you might forget the practice had roots in a coffee shortage? Or a mocha, named after the city in Yemen where we first started drinking coffee in earnest? The beans were known to be so rich, so sweet, that people still chase after that flavor with supplemental chocolate.

But my main gripe: What is a “flavored coffee person”?

There is a certain school collectively known as the Coffee Snobs. These people “geek out” on coffee, buying specialized equipment (read: those kettles with the thin, curvy spout) and researching new ways to get the perfect grind. Sure, this is probably more of a caricature than anything else, dating to that time when people were still making jokes about hipsters. But now you can get single-origin coffee at Starbucks. And the underlying idea that the Coffee Snobs perpetuate — that “real” coffee drinkers should drink coffee that’s been studied, catalogued, purified, and optimized — seems to have permeated our collective consciousness.

Single-origin coffee tastes good, sure, and is even better when it supports farmers and communities, promotes sustainable growing practices, and pushes back against the tide of big agro.

You know what else is good? The coffee from my bodega. When you line up in the morning, and it’s still a little dark, behind the kids on their way to high school who mix it up with half milk and three cubes of sugar. Behind the delivery guy who just dropped off the Gatorades and the people who, like you, are about to head underground for their commute. At the beginning of summer, on the first day you finally see the cups of ice in the freezer next to the Drumsticks and Magnum bars, and the “iced coffee” in an urn that’s really just the hot coffee from yesterday. When Ali says $2 to the person in front of you and then, winking, charges you $1.50.

We all know that coffee is not just about the literal coffee. It’s an upper, of course, but that’s not the only reason we love it so much. As for many people, coffee is also part of my morning ritual—something that I do for myself when I wake up. The moves of coffee-making are so powerful that, during the moments in my life when I have reluctantly tried to reduce my caffeine intake (which always helps, but never lasts), even the act of preparing decaf has a stimulating, reassuring effect on my day. It’s the smell, the feel of a warm mug in your hands, the coffee breath (confession: I love when partners or lovers have coffee breath), the taste of the imperfect—burnt, or bitter, or a little too strong.

Our dude at the bagel shop, on the other hand, has implied that coffee is something that you can do “incorrectly.” This idea is at best, silly, and at worst, sinister.

I understand that coffee can be a complex drink. There are similarities to wine, beer, sake, and, of course, tea; each of these has a world of nuance within them and a web of historical context around them, as well as entire professions dedicated to them. But sometimes, our effort to understand these drinks intertwines with something larger—a system that attempts to elevate a certain kind of “knowledge,” rewards the arbiters of “taste,” and, often, discounts how people actually live and make connections in the world.

Coffee is not just the domain of the culinary. Like many other things we consume to alter our state of consciousness, coffee is a social lubricant and a cultural touchstone. It can also be a great equalizer. Think of the many things you do over coffee: meet with an old friend; interview for a new job; make small talk after a worship service, after a performance, after a funeral; get a breakfast sandwich the morning after, in the light of day, when you’re both secretly dancing inside that the other person didn’t leave; read alone on a bench on Eastern Parkway, in the sun.

When we strip life’s pleasures of their social context, we lose so much. Let’s just drink to that.

And don’t hate on my hazelnut.