Thirty years and an ocean away, a medical scandal repeats itself

Three decades after the first, how did the same medical cover-up happen again on a different continent? 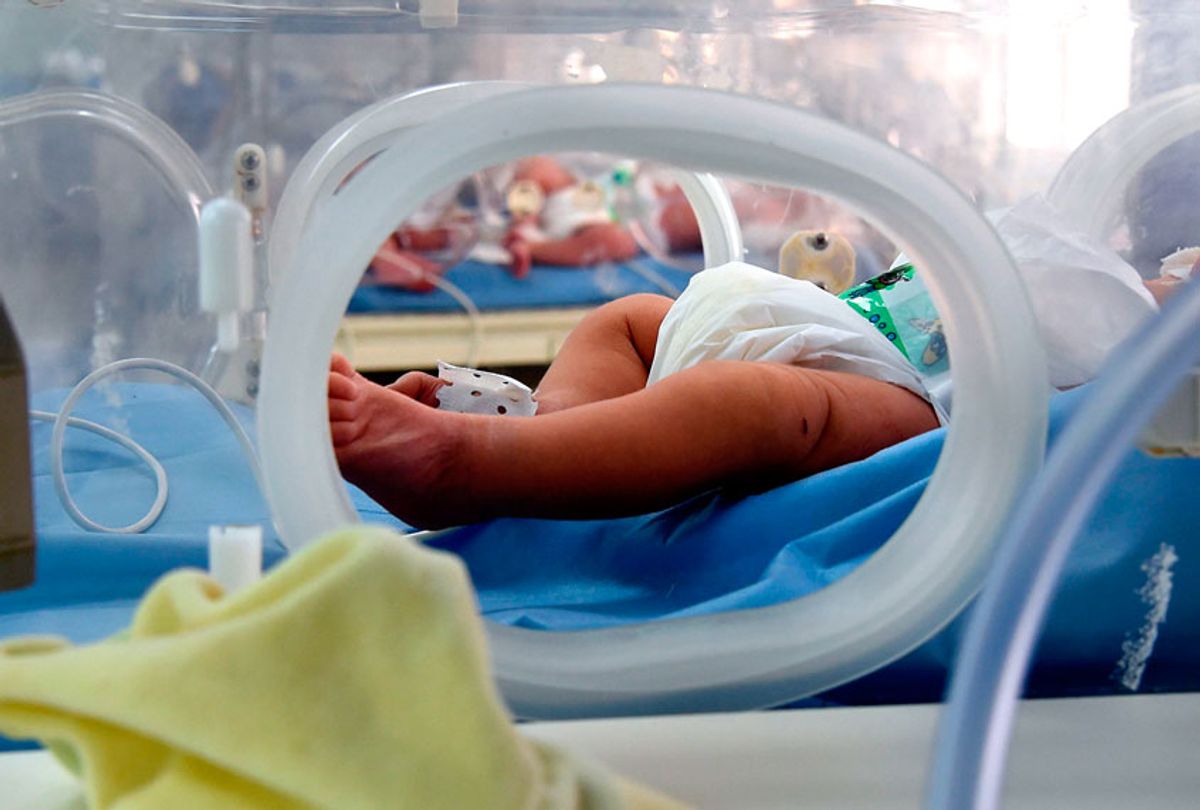 A baby inside a hospital incubator (Getty/Fethi Belaid)
--

Rumors floated around a children’s heart surgery unit in a major hospital of a major city. Babies operated on for complex heart problems were dying, and dying at rates far higher than those of comparable hospitals. Doctors and cardiologists feared, even avoided, referring young babies for surgery at the unit — a culture of silence surrounding it all.

Those who pay attention to stories like these — those with young babies, those with an interest in healthcare— might recognize these elements in a scandal at UNC North Carolina’s Children’s Hospital, exposed in a New York Times investigation in May.

But this is not UNC. And this is not 2019. This was thirty years ago at Bristol Royal Infirmary, the flagship hospital of Bristol, a city of about 500,000, in the United Kingdom.

“It would be reassuring to believe that it could not happen again,” wrote Sir Ian Kennedy, chair of the public inquiry into the tragedy that claimed the lives of dozens of babies at Bristol. But he didn’t sound particularly reassured, and sadly his doubt has been borne out. It has happened again.

The parallels between the two scandals are uncanny. At both hospitals, the cardiac surgery for very young babies was malfunctioning, and babies were dying at appalling rates. At both hospitals a culture of silence surrounded a growing sense among staff that something was going catastrophically wrong.

And at both hospitals it took outsiders to blow the whistle: at UNC someone leaked recordings of the conversations held by a group of concerned cardiologists (doctors who refer patients to cardiac surgery) in June 2016 to the New York Times. Dr Kevin Kelly, leader of the children’s hospital at UNC, had convened the meeting to discuss the “crisis.” “When you walk out of here,” he says in the recordings, “stop talking about it outside of this room.”

At Bristol thirty years ago, a young new anesthetist named Stephen Bolsin grew concerned about eight-hour operations instead taking twelve. He began to collect data on the outcomes of babies at the unit. When he sensed the numbers didn’t look good, he took his concerns to the head of the unit, surgeon James Wisheart, who shut him down.

When Bolsin went over his head to the hospital manager, Wisheart got wind of this breach in the strict medical hierarchy and said this amazing – and terrifyingly similar – thing: “If you wish to remain in Bristol you should not disclose the results of pediatric cardiac surgery to people outside the unit ever again.”

The New York Times reporting reveals a malfunctioning unit, shielded however indirectly by management hiding its data, and surrounded by concerned doctors apparently helpless to intervene as patients – babies – continued to die. Again the parallels are uncanny. Before the scandal at Bristol came to light cardiologists in the surrounding regions were going to extraordinary lengths to refer babies urgently needing complex heart surgeries far from Bristol because Bristol was known – known – inside cardiology circles as “the killing fields.”

Why is it so hard to be transparent?

More than ten years after Bristol inquiry was published, Fiona Godlee, editor of the BMJ (the British Medical Journal, one the most prestigious medical journals on the planet) put it very succinctly: “Measure your team’s performance, and publish the results.” Nearly ten years since then, people are still sitting on data, struggling with what to measure and whether and how to publish those results.

The Times reports that about three quarters of 115 American hospitals performing pediatric cardiac surgery openly report their hospital’s mortality data via the Society of Thoracic Surgeons website. Not so with UNC.

Why – unless you have something to hide – would you not want to disclose your results?

Ironically in light of Bristol and UNC, it is cardiac surgery that has traditionally led the way. New York state’s publication of the outcomes of named surgeons performing heart surgery led to a 41% decrease in mortality at exactly the same time as Bristol was melting down. Since then, other specialties have complained that heart surgery is easy to measure because it has two outcomes: life or death. Mortality is no good measure of the quality of dermatology or prostate removal, or hip replacement. There are statistical challenges: a surgeon might not do enough bowel cancer resections in their career to truly know if they’re failing or a rise in post-operative deaths is just statistical noise. Hospitals and individuals say their patients are sicker and trickier than other patients – their “case mix” is more difficult, and published results will incentivise them to avoid or decline those patients. This, despite twenty years of validated tools to adjust for the characteristics of individual patients and make oranges comparable with apples.

The arguments in the pages of the medical journals go on and on, year after year, as each country approaches the issue in different ways, and as the scandals return as regularly as the tide.

Sir Bruce Keogh, one of the architects of the UK’s scheme of public reporting, addressed the issues of statistics, measures and incentives back in 2007: “[Technical] shortcomings are not important in the grand scheme of public disclosure,” he said. “The point is that the genie is now out of the bottle, there is no going back.”

The medical profession has had for the most part the luxury of self-regulation for centuries. It is being offered the chance to measure itself and report on it. In 2019, that’s a luxury too. Bristol should have done it. UNC should have done it. Bristol remains the greatest scandal in healthcare in living memory. It is the birthplace of active use of surgical data and transparency of that data. And we have not learned its lessons.

Carl Shuker is the author of four novels, including "The Method Actors," "The Lazy Boys," and "Anti Lebanon." His new novel, "A Mistake," is on sale from Counterpoint Press September 17th. He worked for seven years for The British Medical Journal, one of the oldest medical journals in the world. He lived in Tokyo and London for many years and now lives in his home country, New Zealand, with his wife, the novelist Anna Smaill, and their two children.