Donald Trump: Full up to the eyeballs with hate. He won on that once, and hopes to do it again

Trump is certainly a racist bigot, but the evil runs deeper: No previous president has been so driven by hate 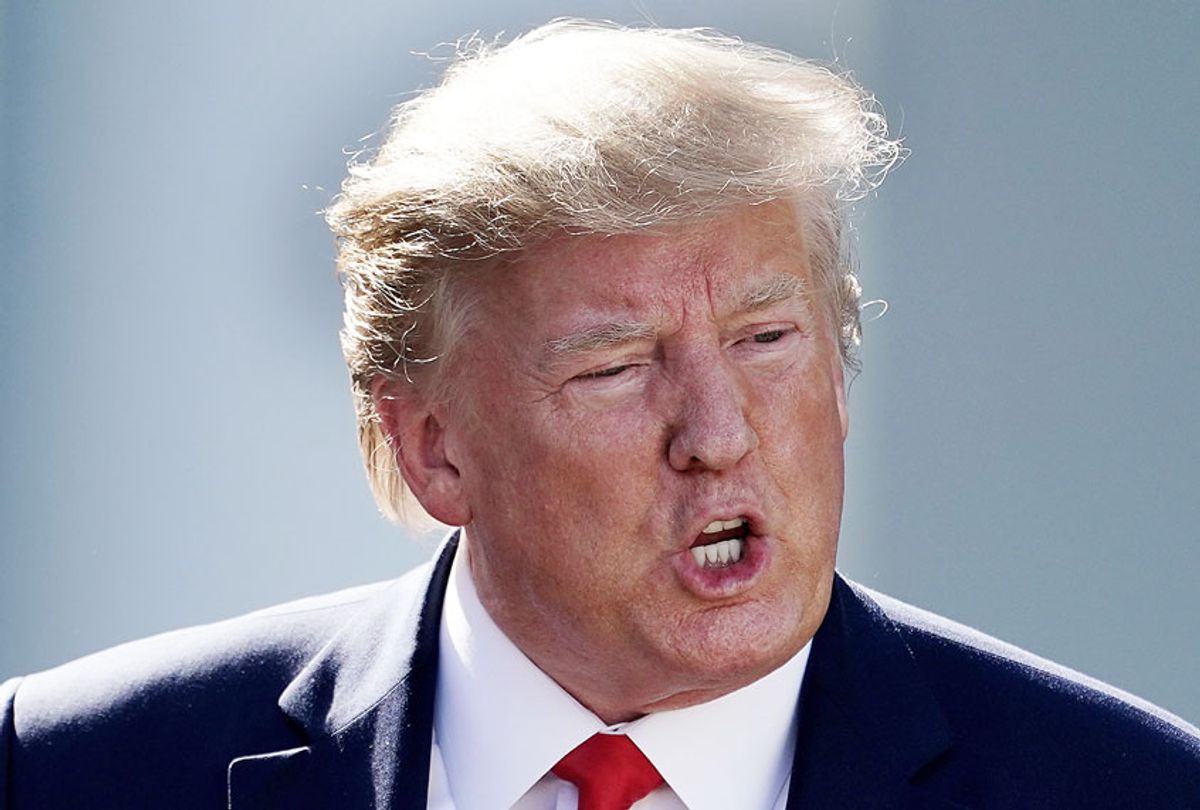 Let’s go back and have a look at the early days of Trump’s campaign for president the last time around and see what it tells us about this time. Trump announced he was running for president on June 16, 2015. After famously descending the Trump Tower escalator with his wife, Melania, Trump went right after Mexicans and immigrants. “They’re bringing crime, they are rapists,” he bellowed to the first crowd of his formal campaign for president. He promised to build a “great wall” along the border with Mexico to keep them out. His crowd howled their approval. So the racism and the xenophobia were there right from the start. He would expand on both with his promised “Muslim ban.” He quickly held rallies in New Hampshire, Arizona and South Carolina, where he repeated the themes to crowds screaming for more.

A month later he was at something called the “Family Leadership Summit,” a gathering of conservatives in Ames, Iowa. Trump gratuitously mocked Sen. John McCain as a “loser,” telling his conservative audience, “He was a war hero because he was captured. I like people who weren’t captured.” He was quickly denounced by Republican Party leaders. Former Texas Gov. Rick Perry — also a presidential candidate at the time —said Trump was “unfit to be commander in chief.” Republican National Committee strategist and chief spokesman Sean Spicer announced, “There is no place in our party or our country for comments that disparage those who have served honorably.” Jeb Bush tweeted, “Enough with the slanderous attacks.”

“It is unclear how the remarks by Trump, who currently is at or near the top in opinion polls, measuring the popularity of the sprawling field of Republican presidential contenders, will be received by party stalwarts, many of whom are staunch supporters of the military,” NPR reported later the same day.

But it was clear how his attack would go over. Trump’s campaign responded by pointing out that “Mr. Trump left to a long lasting standing ovation, which will be by far the biggest ovation of the weekend, and much congratulatory praise."

What was going on with Trump’s seemingly gratuitous, out-of-the-blue slander of a United States senator and war hero? Clearly, Trump hated McCain. It was extraordinary that Trump gave voice to his hate in such a prominent, public way. But what was even more extraordinary was the reaction to it.

The Republican base loved it. Sure, they loved his unfettered hatred of Muslims, and Mexicans, and immigrants in general. And they knew exactly what he was doing when he encouraged violence at his rallies against black protesters, and when he made fun of black women like Rep. Maxine Waters as “low IQ.” He wasn’t just using dog-whistles and winks and nods. The racism was right out there in the open.

But it wasn’t just the racism. It was the hate, his raw expression of hate. It was right there on his face when he denounced McCain as a “loser.” You could see the delight he took in it. You could see his hatred of all that was “other” on his face every time he railed on and on about the wall, promising that he would make Mexico pay for it. That’s what you do to people you hate. You make them pay. And you make them pay for something they don’t want. You belittle them. You treat them as other than human. You call them names. You refer to them as “insects” and “vermin.” You push their faces in it, and then you make them pay.

And you do it out in the open. The kind of stuff people used to keep hidden, the finger-pointing and nasty comments and meanness and outright cruelty, all of it right out there where everybody can see it, everybody can hear it. You hate somebody? You think you’re better than they are, despite all evidence to the contrary? Go ahead and say it! McCain? He’s a coward! Rubio? A pipsqueak! Maxine Waters? Retarded! The New York Times reporter? He moved his arms all around like this! Put it right there on your face, scowling at one moment, crossed with a cruel smile the next. Everybody gets it. Hate is OK. Hate is good. Look at me? I hate, and I’m not afraid to show it! Hell, I revel in it!

Revel he did. One hate-filled rally to the next, one hate-filled comment after another. The mother and father of U.S. Army Capt. Humayun Khan, a Muslim soldier who was killed in Iraq trying to save other troops — they were fair game for Trump’s hate. He belittled them after the speech Khizr Khan, the dead officer’s father, gave at the Democratic National Convention criticizing Trump for proposing a ban on Muslim immigration.

But the repudiations from Republican leaders never came. It didn’t matter that Trump was making fun of a Gold Star family that had lost a son in war. Everyone could see how well hate was selling. Trump was by then the nominee. He would spew hate daily on his way to victory. All those hate-filled rallies, all those hateful tweets, it all worked.

He would go on to occupy an Oval Office that he turned into a Chernobyl of hate, a nuclear meltdown of anger and cruelty and racism and lies.

Hate worked. It worked in 2016, and Trump is counting on it working for him in 2020. It apparently doesn’t matter to the Republicans that Trump has turned them into the party of hate. They’ve surrendered everything else to him. They’ve caved on trade wars, on deficits, on Russia, on NATO, on North Korea, on everything that once stood for being a Republican in this country. They keep their mouths shut when he makes racist attacks on women of color, even when they are members of Congress. His racism is fine with them. Why not his hate?

He’s a man without a sense of humor, without any real friends. He’s the saddest character who has ever taken the national stage in this country. He’s running for president again, and he’s the present and the future of the Republican Party, and he is filled to his eyeballs with hate. It’s quite a roll of the dice for them, when you think about it, to gamble everything you have on hate. But that’s where we are in America. One party running on hate, the other running against it. What a state of affairs we find ourselves in, huh? Did you ever think you would see this happen to America in your lifetime? I didn’t.

We need help. Vote like your life depends on it, because it does.