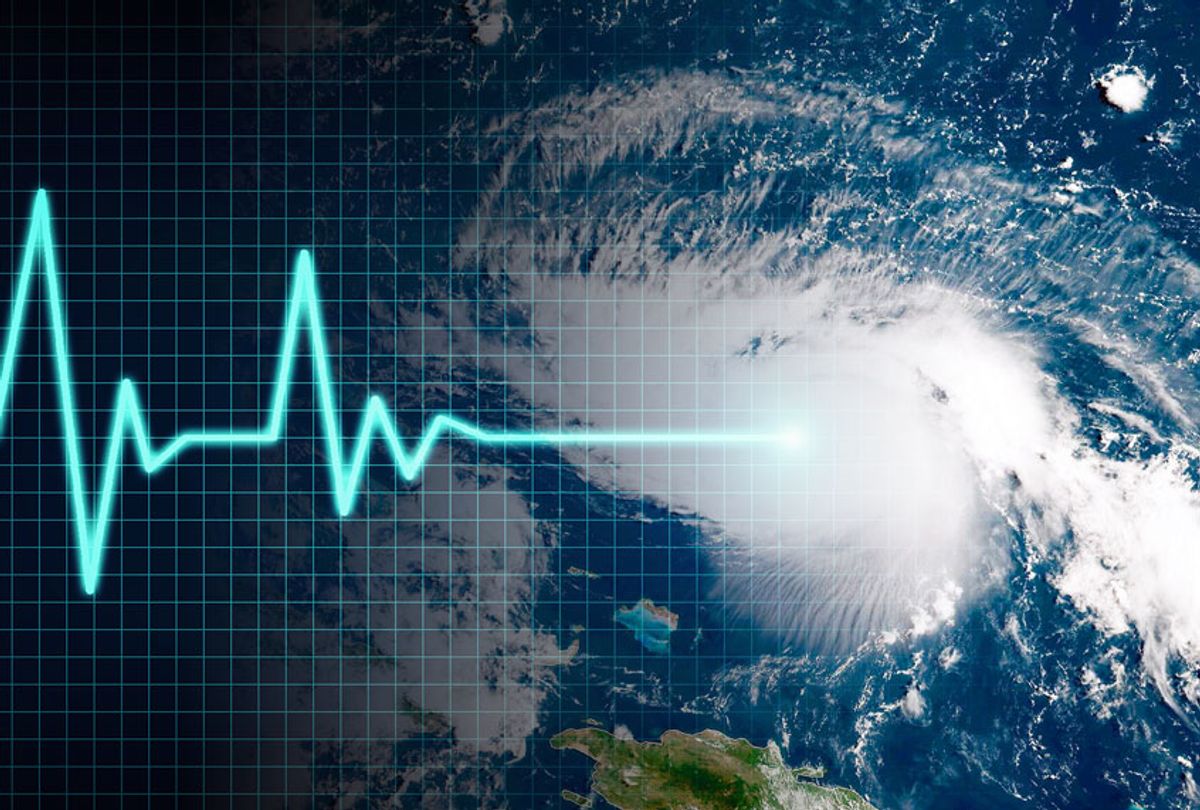 Climate change is expected to have devastating and tangible impacts on hundreds of thousands of people across the world. From exacerbating mental health problems to spreading infections diseases, doctors and researchers are sounding the alarm on a wide range of public health emergencies that are likely emerge amid warnings of intensifying heat waves, prolonged droughts and extreme floods.

A mysterious form of kidney disease that has killed tens of thousands of agricultural workers around the world is just one of many ailments expected to worsen as a result of climate change, according to researchers at the University of Colorado School of Medicine.

In a recent article published in the New England Journal of Medicine, Dr. Cecilia Sorensen, an emergency medicine physician who also teaches at the University of Colorado School of Medicine, called this unexplained kind of kidney failure a "sentinel disease" in the era of climate change.

The disease, described as chronic kidney disease (CKDu), "grows with environmental exposures (to heat and humidity) that are directly influenced by climate change," she said.

It has made kidney failure the second-leading cause of death in Nicaragua and El Salvador.

The disease was first reported in the 1990s, when sugarcane cutters who toiled in plantations in Nicaragua, El Salvador and Guatemala were filling up clinics with end-stage kidney failure. Many of these workers were seemingly healthy, often in their 30s and 40s. They didn't have the typical causes of kidney failure, like high blood pressure or diabetes, or other factors that might explain why their kidneys were failing. As of 2012, the disease had killed an estimated 20,000 people.

The disease's presence is now "potentially global," Sorensen said, noting similar disease patterns have been observed in North America, South America, the Middle East, Africa and India. It has also beset people who work outdoors in the United States, in places like Florida, California and Colorado's San Luis Valley.

The "true global burden" of chronic kidney disease is unknown, however, "because affected areas tend to have a poor health infrastructure, which leaves cases undetected or underreported," Sorensen said.

But as temperatures continue to rise, it's likely this deadly disease will appear more frequently and devastate thousands of laborers worldwide. An estimated 125 million people were exposed to heat waves between 2000 and 2016, according to the World Health Organization, and this trend is expected to continue and to worsen.

Nearly three decades after it was first discovered, doctors and researchers continue to struggle to unravel the clues behind this mysterious epidemic.

Climate change is just one of many theories behind what's causing this deadly disease to devastate an increasing number of communities around the world. Some doctors and researchers have attributed the disease to heat stress and dehydration, while others have proposed a correlation to drinking water contaminated with heavy metals or pesticides. Earlier studies suggested homemade alcohol was the culprit.

Though doctors and researchers continue to struggle to pinpoint the root of this mysterious epidemic, "What we do know for certain is that CKDu is related to heat exposure and dehydration," Sorensen said, though she noted other factors may also contribute.

She explained it's difficult to understand the lead cause of chronic kidney disease because conditions that are often exacerbated by heat exposure — like cardiovascular and respiratory disease, poor mental health and adverse birth outcomes — are often "erroneously reported as the primary diagnosis, which conceals the role of heat as an inciting factor." As a result, almost all physicians have "likely cared for patients who were adversely affected by climate change," she said.

To address chronic kidney disease and other climate-related diseases, health care providers will "have to integrate environmental information into clinical and public health practice and build robust early-warning systems focused on vulnerable communities and climate-sensitive diseases," Sorensen said. "We believe physicians have the opportunity to change the course of the future."

"We are now living in an era when climate change is no longer a distant, existential threat," she said. "It is happening now, and it is affecting human health in profound ways."