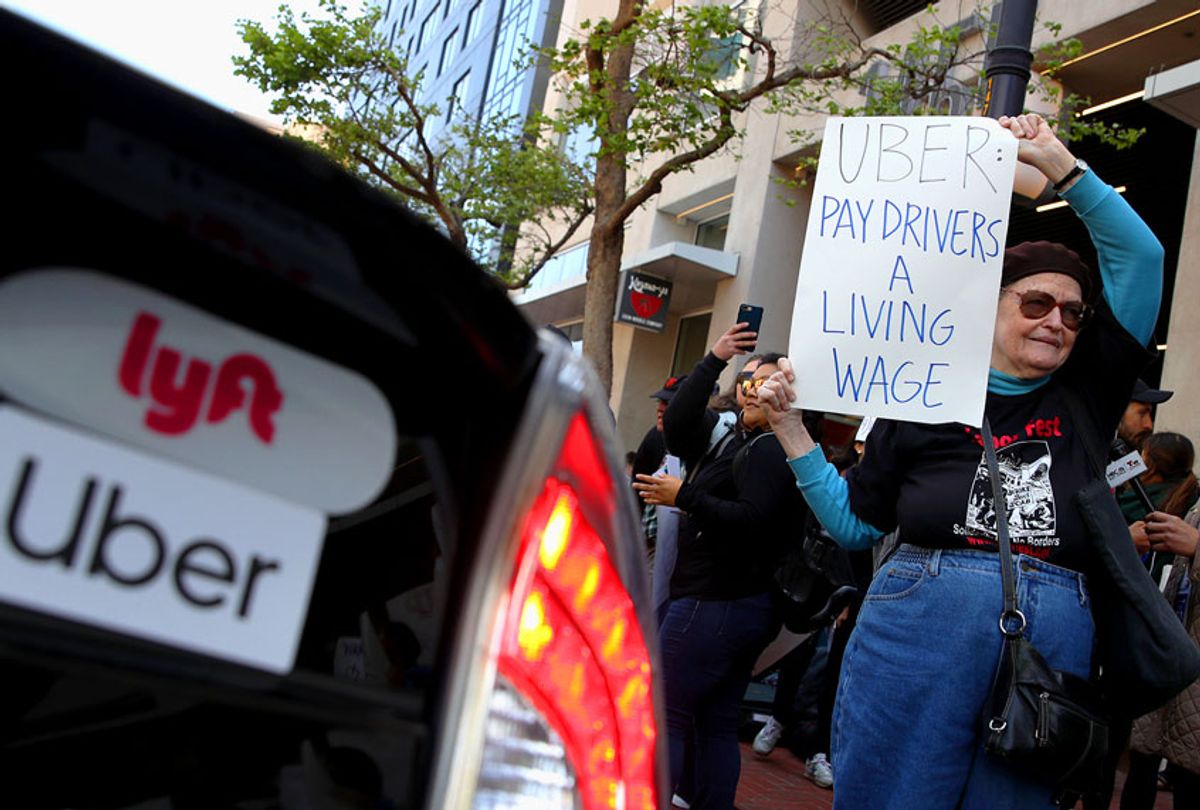 On Friday, California state senators on the appropriations committee voted for Assembly Bill 5 — a bill designed to improve the livelihood of gig economy workers at companies like Uber and Lyft, whose business models depend on independent contractors who often suffer inconsistent wages and little or no benefits.

The vote brings the bill one step closer to becoming a law, one which has the potential to completely remake California's gig economy to make it more equitable for workers. Lawmakers voted 5-2 to send the bill to the Senate floor, which will be the final vote.

Yet Uber and Lyft seem frightened at the prospect of treating their workers better, and have been amping up their efforts to protect their companies in case the bill passes. Both rideshare companies' business models rely on having low-paid independent contractors that are exempt from full-time employee benefits — and even that seems not to be enough to break even. Uber lost $5 billion in the past 3 months, the same time period in which it went public. Lyft's quarterly loss was $644 million.

Assembly Bill 5, if passed, would force all companies to make their drivers W-2 employees — a move that would require paying a standard slate of benefits, as well as guarantee that employees made at least minimum wage. Notably, many Lyft and Uber drivers have reported making less than minimum wage, a situation only possible because of the contractual nature of their labor.

But Uber and Lyft are not going to treat their workers any better without a fight. As The New York Times reports, both companies are taking extreme measures to keep their workers independent contractors, spending millions on propaganda to sway public opinion.

The two rideshare companies are spending $30 million each — $60 million total — toward a fund to put an initiative on the California  2020 ballot to exempt them from AB5, assuming it passes. DoorDash, whose business model also depends on independent contractors, said it would contribute $30 million, too.

In a statement to TechCrunch, a Lyft spokesperson said: “We are working on a solution that provides drivers with strong protections that include an earnings guarantee, a system of worker-directed portable benefits, and first-of-its kind industry-wide sectoral bargaining, without jeopardizing the flexibility drivers tell us they value so much.”

Tony West, Uber’s chief legal officer, said in an interview with The New York Times the fund is a “Plan B.”

“As a Plan B, we are reluctantly funding this initiative,” West said. “This is not our first-choice option. We would much rather have a historic deal that is good for drivers, good for innovation, good for labor.”

The news quickly followed requests made by both companies to their customers to contact their legislators to oppose AB 5 and support their proposed revision. In an email to California riders, Uber advocated for a policy that would offer drivers a minimum of $21 per hour while on a trip, in addition to paid time off, sick leave and compensation if they are injured while working — all rights that drivers don’t have as independent contractors.

In a separate email from Lyft sent to its customers, the company said that AB5, as it is written, could mean that customers pay more, wait longer, and “risk losing reliable access to rideshare altogether.” They, too, promised a new proposal “with additional workplace protections for drivers and a minimum earnings floor.

AB 5 expands on and codifies the 2018 California Supreme Court decision made in Dynamex Operations West, Inc. v. Superior Court of Los Angeles, and will make it harder for companies to claim that workers are independent contractors. The determination, according to the bill, would be an “ABC” test would ascertain whether a worker is an employee rather than a contractor. Under the test, as it stands, it is likely that gig economy workers — who are currently classified as independent contractors — would be considered employees.

While the bill only pertains to the state of California, some experts believe its repercussions will extend across the country — perhaps unsurprising given that California is both the largest state by population, and has the largest economy of any state.

“What happens in California will be closely watched around the country," Ken Jacobs, the chair UC Berkeley Center for Labor Research and Education Institute for Research on Labor and Employment, told Salon in July. “As we have seen with paid sick leave, $15 minimum wages, and fair scheduling, policies that start in one state or locality often spread elsewhere.”

Jacobs told Salon such a law can have a nationwide impact not only because it will set a precedent, but because a majority of gig economy companies are in California — like Uber, Lyft and Postmates.

“California makes up a significant part of the market for many of the gig economy companies,” Jacobs said. “It will have a large effect on their overall business model ... in the context [of] New York City, and other important markets, that have put higher labor standards in place.”

The corporations' massive propaganda efforts to exempt Uber and Lyft exempt from the bill come as an insult to Uber and Lyft drivers who support AB5.

“It’s insulting,” Uber driver Rebecca Stack-Martinez, an organizer for Gig Workers Rising, told Salon in an interview. “Here is a company claiming drivers are the heart of their business, and that they would do right by them.

"If that was true they would let AB 5 pass," she added.

Stack-Martinez said she felt "nauseous" when she heard that the companies had created a  $60 million fund for the 2020 ballot measure.

“Why don’t they take that money and give it to their drivers who are sleeping in their cars and who can’t afford to put food on the tables for family?” she said.

Tech giants argue that their workers “prefer” freedom and flexibility in their workday. Jacobs, of the UC Berkeley Center for Labor Research and Education Institute for Research on Labor and Employment, told Salon that argument lacks steam.

“Their model is based on offloading as much risk to the drivers as possible while paying at the lowest possible rate,” Jacobs told Salon in July. “There is no reason there cannot be flexibility in an employee model .... this is a choice the company makes, and ultimately the best place to make the decision on trade-offs between security and flexibility is through a union — and workers need both higher labor standards and a union to have a voice in how policies are implemented.”