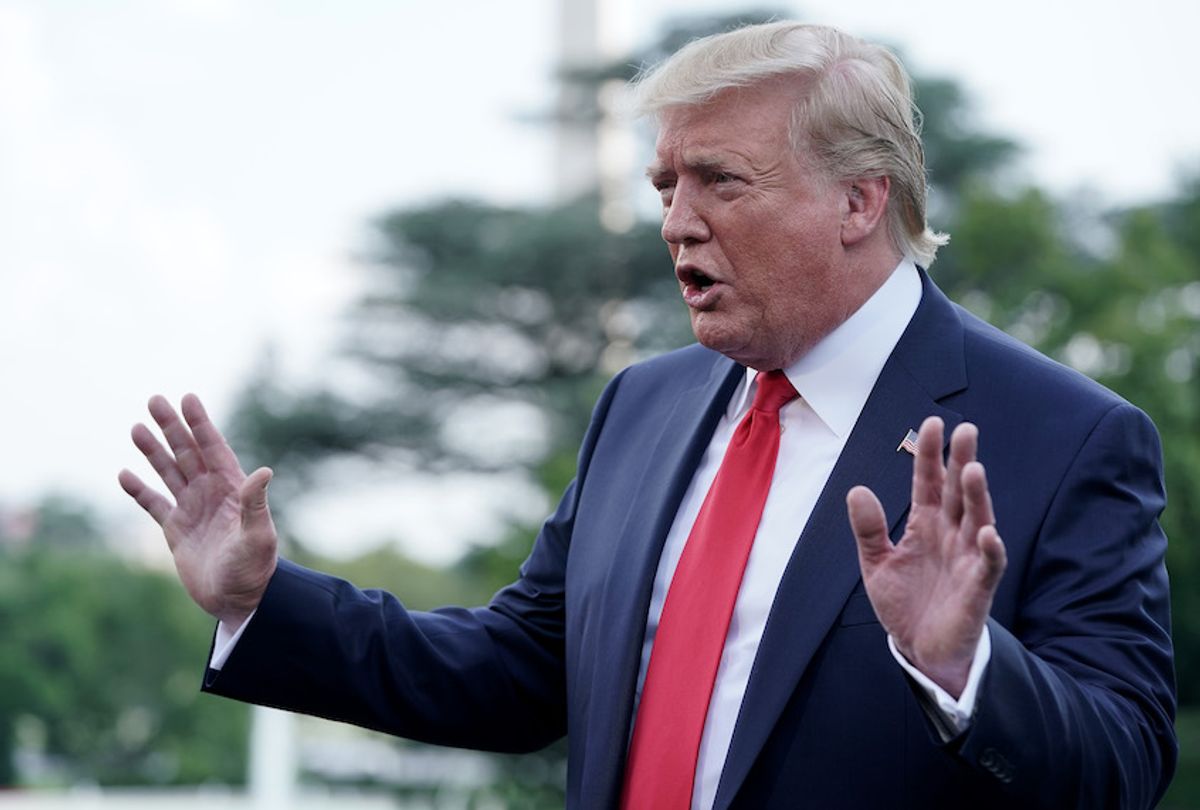 You wouldn’t want to leave it to me to defend military procurement procedures.

We’ve become inured to stories about $90,000 toilet seats and the like.

But in the last couple of weeks, we’ve been presented with a seemingly understandable military winnowing process for new computer systems to transform, update and coordinate Pentagon communications and tracking only to find that Donald Trump is sticking his thumb in the process to make political points.

At heart is a decision due on a competitive, 10-year, $10-million contract to ensure that military units and planners are working together. The work to review the bids has been going on for some months, postponed until we had a new, confirmed Secretary of Defense, which we now have in Mark Esper.

Esper had been Army Secretary, and before that, a lobbyist for defense contractor Raytheon, dealing with the Pentagon, which is swampy enough for questions, of course. Esper has put a hold on a decision to complete a new examination of the issues.

It looked as if the contract would be going to Amazon Web Services, which has become the country’s dominant cloud computing service provider, though Oracle has been putting on a late spurt of lobbying, along with Microsoft and IBM.

But the more powerful reason for the delay is that Donald Trump has intervened. It looks like a bald attempt to ensure that all involved know that he dislikes Amazon, whose head, Jeff Bezos, owns The Washington Post. Trump hates The Post, which he sees as reflecting too much criticism of his presidency — you know, “fake news” that does not adulate him.

May still get the nod

The contract may still go to Amazon on the merits, but not just because the other competitors had already been ruled out by reviewers for the Joint Enterprise Defense Infrastructure (JEDI), the Pentagon’s contracting arm for these services.

Of course, the Pentagon’s spokesman, Johnathan Hoffman, told reporters, “The secretary was not ordered by the president to make any specific determination about JEDI, period.” Yet, his intervention in the contract, a clear overstep of ethical standards, left little doubt about whom he thought should not get the contract. Every protocol in the book says the president should not be putting his thumb on the contract scales.

Trump has made no secret of his animosity for Amazon and Bezos and has brought up related subjects frequently in interviews in the Oval Office.

As it happens, Marty Baron, the editor of The Washington Post, is a personal friend, and a fiercely independent individual and editor well beyond the journalistic grasp of a mere owner of the business. Baron is probably less open to hearing what Bezos thinks than he is to what Trump has to offer about what ought to be reflected in the Post coverage.

Clearly what is at stake in this deal is highly technical, relatively objective work, measurable by standards that are beyond common sense alone. It’s not clear what besides animosity could be prompting Trump’s involvement.

For its part, Oracle has refused to go away as a bidder, and has launched a noisy legal and public relations campaign against Amazon Web Services. Oracle argued there is a conspiracy by Amazon to monopolize military computing for the next ten years, and apparently a chart used in the arguments was forwarded to Trump.

Oracle also lobbied various congressmen to press its campaign, even going to court in a losing effort to challenge Amazon’s conflicts of interest.

It could also be that the final contract is broken into smaller pieces with several companies being given parts of the whole.

The Pentagon’s financial and technical service planners are following what has become fairly standard corporate practices by moving to cloud computing rather than build, maintain and staff its own computer storage services.

The JEDI contract initially was expected more than a year ago, but was delayed by the various legal challenges.

This is a president who insists that the federal government put its money where his mouth is.

That is called an ethics violation.