Trump congratulates Poland as it mourns anniversary of Nazi invasion 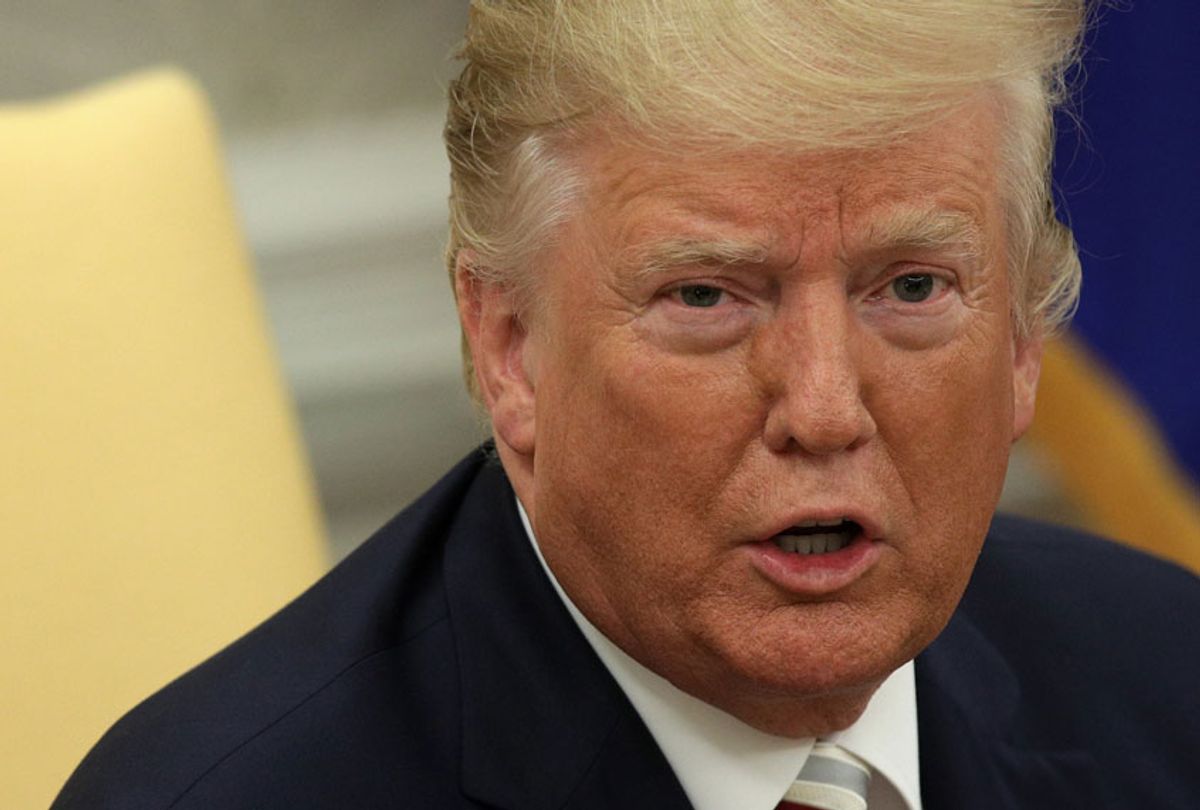 As world leaders gathered in Poland to commemorate the anniversary of the start of World War II, President Donald Trump paid tribute to the European nation by congratulating it, a peculiar decision, even by his own standards.

Trump, who canceled his trip to Poland at the last-minute last week, citing concerns over the arrival of Hurricane Dorian, was asked by reporters Sunday if he had a message for Poland.

"I do have a great message for Poland," he said. "And we have Mike Pence, our vice president, is just about landing right now. And he is representing me. I look forward to being there soon, but I just want to congratulate Poland."

"It's a great country with great people," he continued. "We also have many Polish people in our country — it could be 8 million. We love our Polish friends, and I will be there soon."

Sunday marked the 80th anniversary of the day Nazi Germany invaded Poland, which led France and Britain to declare war on Germany two days later and kicked off the deadliest conflict in human history.

As such, Sept. 1 marks a dark and somber remembrance rather than triumph, despite what Trump's remarks might suggest. German President Frank-Walter Steinmeier asked for Poland's forgiveness, for example, while Pence's remarks largely focused on the suffering of the Polish people and stressed the importance of having faith in God.

"While the hearts of every American are with our fellow citizens in the path of a massive storm, today we remember how the gathering storm of the 20th Century broke into warfare and invasion followed by unspeakable hardship and heroism of the Polish people," he told the gathering of leaders that included German Chancellor Angela Merkel and Ukrainian President Volodymyr Zelensky.

Poland's government, ruled by the nationalist Law and Justice (PiS) party, had hoped Trump would bolster that message, especially as the country gears up for a parliamentary election next month.

Absent from Sunday's events was Russian President Vladimir Putin, who attended Sept. 1 events in Poland ten years ago but was not invited this year. In the years since, Russia has engaged in various hostile measures that have prompted the West to impose sanctions against Moscow. Russia has annexed Crimea, invaded Ukraine and meddled in elections in a host of countries, including the United States.

Ahead of Sunday's anniversary, the Russian Foreign Ministry responded to Poland's snub by noting the Soviet Union's role in ending World War II.

"One may have varying opinions on Soviet policy during the initial period of World War II, but it is impossible to deny the fact that it was the Soviet Union that routed Nazism, liberated Europe and saved European democracy," Russia's foreign ministry tweeted Sunday.

Putin wasn't invited to the anniversary observances, in part because the Soviet Union seized control of Poland shortly after the Germans, which is why Poland commemorates the outbreak of World War II rather than its end.