Former WNYC staffer Kristen Meinzer: "If I spoke up while I was still there, I would’ve lost my job or evaporated" 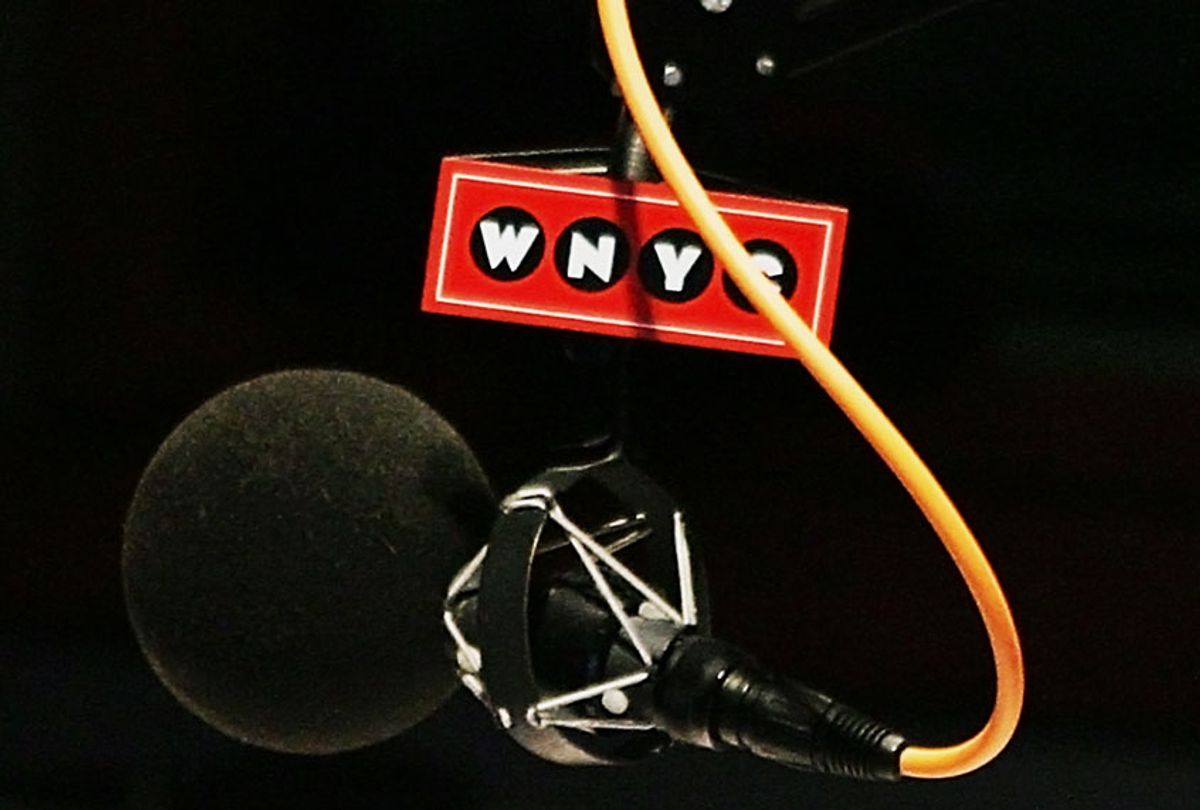 When audio production expert Kristen Meinzer came on my podcast "Poptarts" as a guest recently to discuss her new book "So You Want To Start A Podcast," we chatted at length about how she learned her craft over many years working at New York public radio station WNYC. With a reputation as a bastion of liberal intellectualism, the massive NPR hub seemed like an ideal environment for a young woman to move up through the ranks of the broadcasting business. But for Meinzer, this wasn’t the case.

As she first revealed in an article on The Cut penned by Suki Kim and published in December 2017, Meinzer’s time working for the station’s highest-paid personality, John Hockenberry of "The Takeaway," was punctuated with incidents of impropriety and harassment — and she wasn’t alone. The story dropped like a bomb, with multiple women coming forward to disclose their #MeToo moments with Hockenberry.

The result was an uproar that shook WNYC’s corporate culture all the way to the top.

Two years later, I was eager to get Meinzer’s thoughts on the long-term effects of being a whistleblower in the extremely male-dominated environment of audio production. She seemed to be doing quite well, but how much of her recent success could be attributed to the fact that podcasting has set many women free from the terrestrial radio boys’ club?

"Now that it’s a couple of years later," I said to Meinzer, "how do you feel about that decision to speak up and what advice do you have for women who are wondering if they should be whistle blowers as well?”

“In some ways, I feel that I don’t deserve any accolades for doing that, because that fact is, I didn’t actually speak up while I was still at WNYC. I spoke up a year after I had left,” Meinzer replied thoughtfully. “I felt that if I spoke up while I was still there, I would’ve lost my job or evaporated, because the other women I knew who did speak up about improprieties with the host did evaporate.

"The truly brave thing, I think, would’ve been to speak up, lose my job, evaporate, and nobody ever hears from Kristen Meinzer again — but that’s not what I did. I stuck it out, and then when the podcasting boom happened, I extricated myself from what was once the only game in town.

"Then I spoke up, and I’ve done everything I can ever since to try and elevate women’s voices and to be a voice for good. But back then, I didn’t do it, so I have mixed feelings about it. On the one hand, I know if I spoke up, I would’ve disappeared and nobody would’ve ever heard from me again, so I would've been brave but then I would’ve lost this platform I have now to help so many people with all the work I do, so it’s kind of a mixed bag.”

“I still think it was brave,” I insisted to Meinzer, “because as you know, audio is such a small world and everybody knows everybody. It’s not like you didn’t encounter personal risk by going on the record even though you weren’t at WNYC any more.”

“That made me feel bad in a lot of ways,” she continued, “because I thought, ‘Oh man! If only all of us knew what the other ones were going through at the time!’ But then again, I don’t think anybody would have listened to us. John Hockeberry was the highest paid host at the entire station. He was such a star.”

“Do you have advice for women who are weighing that decision now [whether or not to speak up]?” I asked.

“Yeah,” she replied. “It’s totally okay to preserve your financial stability like I did [and report later]. Keep track of things that are being done to you, document them, and talk to your HR people. Keep in mind, however, that HR is there to defend the company and not employees. So speak up if you can, but also, if there are other places for you to land, it is much safer to speak up [from a distance].

"When I did talk to journalist Suki Kim and then waited for the article to come out, I was so nervous, I was freaking out. I didn’t know if people would judge me or think I was stupid or ask why I stayed in the job or why I only spoke up a year after I left. When you speak up, it feels as though you’re jumping off a cliff. But then you realize there is a whole group of people out there who were waiting to catch you all along. That’s how I felt.”

Listen to the rest of this interview, in which Kristen Meinzer shares her essential tips for creating a podcast people will want to listen to, at Bust and wherever you get your podcasts.