CNN's climate town halls were better than the debates. What was the DNC afraid of?

Several hours of substantive conversation; only one dopey question about light bulbs. More like this, please! 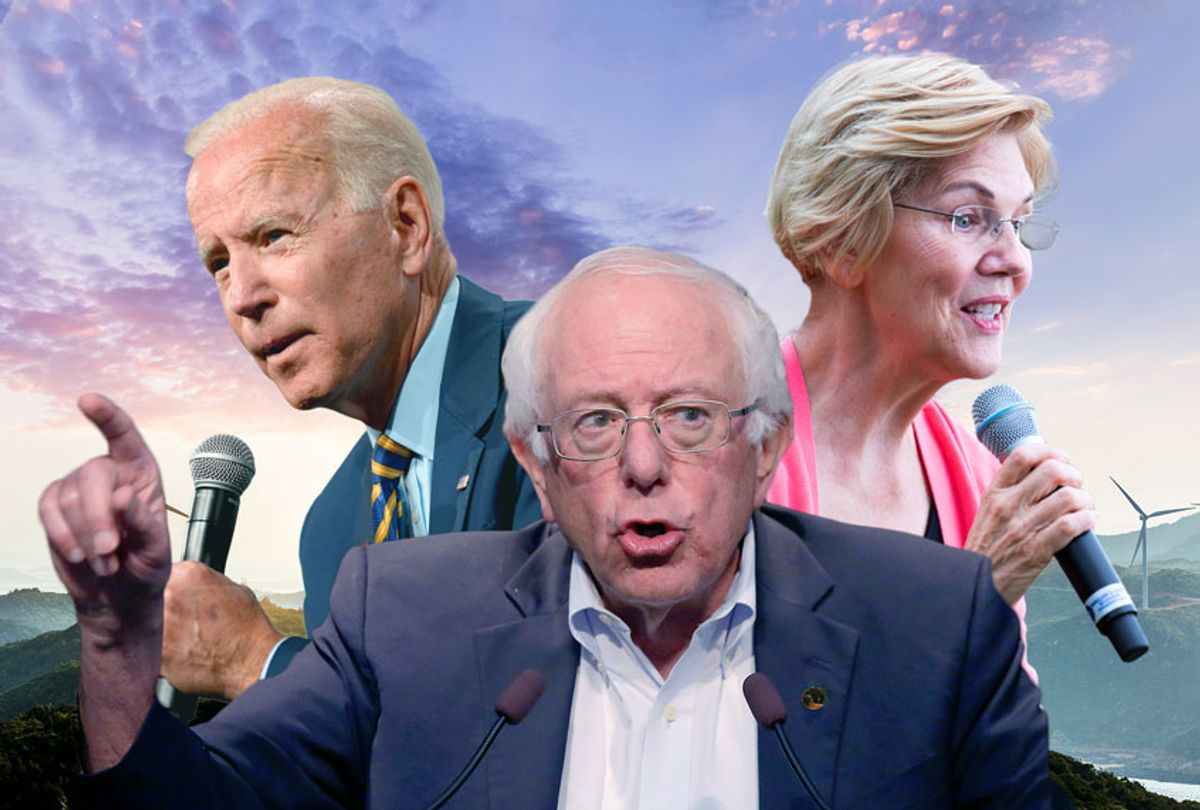 CNN's evening of town-hall meetings with the Democratic candidates on the climate crisis was a seven-hour slog. But for politics-watchers desperate for more than a crowded show of hands in agreement with overly simplistic statements, it was a welcome marathon of substance.

Wednesday night’s lineup covered a gamut of details on the most far-reaching issue of our time, with 10 qualifying candidates each getting 40 minutes to tackle questions and present their visions. It was remarkable to watch at a time when both the Amazon and the Arctic are ablaze, and it raises the obvious question: Why did the Democratic National Committee fight so hard to prevent a climate-specific debate?

For the better part of the summer, even as 20 candidates crowded the debate stages in Detroit and Miami, DNC chair Tom Perez waged a quiet campaign to shut down efforts by activists to hold an entire debate dedicated to the climate crisis. That was in the face of evidence that 82 percent of registered Democrats say the changing climate poses a major threat to the country's well-being, according to an August survey by the Pew Research Center. For whatever reason, the DNC wasn't interested.

“We can’t wait!” chanted young activists from the Sunrise Movement, which is pushing hard for the Green New Deal, at a recent DNC meeting. When DNC members voted down a resolution for a standalone climate debate, the activists responded: “The whole world is watching!”

Beto O’Rourke, the first candidate to put out a climate plan, called the DNC’s decision “as baffling as it is alarming.” Per DNC rules, Democratic presidential candidates are not allowed to appear together on stage outside of official DNC-sanctioned debates. There were reportedly concerns within the DNC that “a debate that incentivized the eventual nominee to declare war on the fossil fuel industry risked ceding gas-producing states like Pennsylvania to Trump in 2020.”

Symone Sanders, a member of the resolution committee and senior adviser to Joe Biden, called the proposed climate debate “dangerous territory in the middle of a primary process" even though nearly all the Democratic candidates currently running have publicly supported the concept.

Gov. Jay Inslee of Washington, who is no longer a presidential candidate, said he was told by the DNC that “if we participated in anyone else’s climate debate, we will not be invited to future debates. This is deeply disappointing.” Inslee had cast climate change as the centerpiece of his short-lived White House bid.

"The Democratic Party’s response to climate change cannot only be a few quick questions in the first debates where, in 60 seconds, candidates merely agree that this issue is important, and move on," Inslee argued. "We need a full debate to really wrestle with who has the best plans to defeat this existential crisis, who has demonstrated the commitment it will take to get this job done, and who understands the scale of ambition necessary to see this mission through to completion."

Commendably, CNN picked up the baton dropped by the DNC.

“Climate is not a separate issue,” Sen. Cory Booker said during his town hall. “It is the lens through which we must do everything.”

As CNN interspersed updates on the damage of Hurricane Dorian throughout the night, all 10 candidates echoed a similar sense of urgency. “We have to act. Now. Now!” former Vice President Joe Biden declared. Otherwise, however, Biden’s appearance at the town hall was less than impressive and often confused. His best moment was perhaps his argument that his experience in building a foreign policy consensus is more important than the specifics of any candidate’s plan.

But several candidates, like Sens. Amy Klobuchar and Kamala Harris, talked big about the issue and condemned previous inaction, while falling short on the details of any solution. Others, like Andrew Yang, supported controversial solutions like nuclear energy to argue that “in a crisis all solutions have to be on the table.”

Yang received pushback from Sen. Bernie Sanders, the only candidate at the town hall calling for complete abstinence from nuclear energy. Sanders called it a “false solution.”

“It doesn’t make a whole lot of sense to me to add more dangerous waste to this country and to the world when we don’t know how to get rid of it right now,” Sanders explained. “I think it is safer and more cost-effective to move to sustainable energies like wind, solar and geothermal.”

Sanders $16 trillion climate plan, released last month, seemed to be the threshold by which all other candidates were measured. “We are fighting for the survival of the planet Earth,” he said. “How is this not a major priority?”

But the night’s standout may have been Sen. Elizabeth Warren, with just one answer.

Warren scoffed at a question from CNN’s Chris Cuomo, who asked about President Trump’s recent rollback of a regulation introduced under George W. Bush and finalized under Barack Obama to phase out less efficient lightbulbs: “Do you think that the government should be in the business of telling you what kind of light bulb you can have?”

“Oh come on, give me a break,” Warren shot back. “But this is exactly what the fossil-fuel industry hopes we’re all talking about. They want to be able to stir up a lot of controversy around your light bulbs, around your straws, and around your cheeseburgers, when 70 percent of the pollution, of the carbon that we’re throwing into the air, comes from three industries.”

“That’s where we need to focus,” she added. “And why don’t we focus there? Corruption!"

CNN showed that the DNC had little to fear with a climate crisis debate. Most of the candidates avoided direct attacks on each other, let alone proclamations that could scare off crucial blocks of swing voters. As Bernie Sanders made clear: “The coal miners in this country, the men and women who work on the oil rigs, they are not my enemy. My enemy is climate change.”