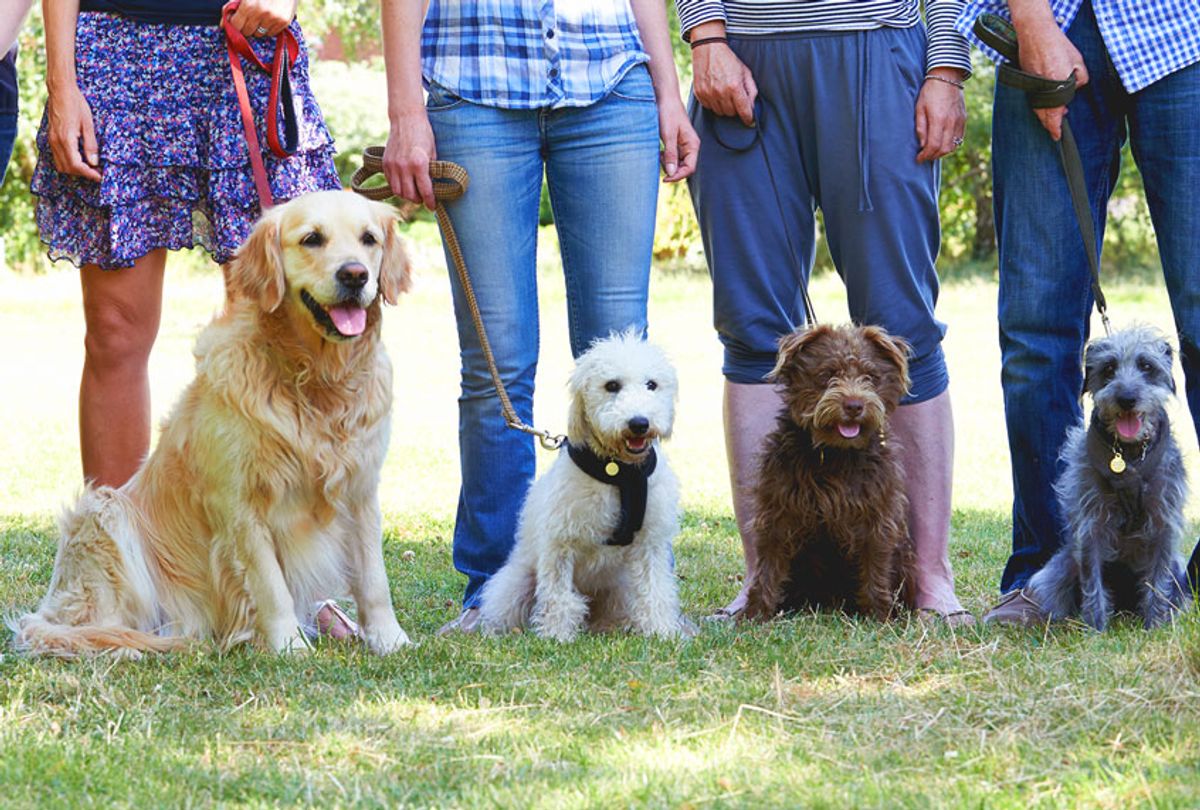 Group Of Dogs With Owners At Obedience Class (Getty/Highwaystarz-Photography)
--

Selective breeding of dogs was pioneered by the British in the Victorian era, when many earnestly believed in eugenics as a means of “purifying” and improving both man and animal. Beyond its ideologically horrific roots, breeding has had all kinds of unintended consequences for dogs particularly, from chronic breed-related diseases to temperament issues to early deaths for some breeds.

For better or worse, we live in the Victorians’ world: we still think of canines in terms of breeds, rather than think of “mutts” as the normal, genetically average dog, and purebreds as weird, inbred aberrations. Thus, we are accustomed to holding stereotypes about different breeds that go beyond appearance: Golden Retrievers are affable family dogs, while Chihuahuas are neurotic.

But are these traits real, or imagined, or culturally specific? Recently, researchers set out to figure out precisely this — whether breeding has changed the physical structure of dogs’ brains, making certain regions bigger or smaller in ways that correlate with behavioral stereotypes.

"The first question we wanted to ask was, are the brains of different breeds of dogs different?" Erin Hecht, a neuroscientist studying dog cognition at Harvard University and lead author of the study, told the Washington Post.

In a first of its kind study, the researchers, who published their findings in the Journal of Neuroscience, found that different breeds have different brain organizations as a result of human breeding. This means that dogs’ skills vary and are caused by their different neuroanatomy.

For example, “herding really is in the brain of border collies,” Hecht told StatNews, “and these findings give us the first window on how.”

Hecht and her colleagues analyzed MRI scans of 62 purebred dogs representing 33 breeds. Through this analysis, they identified six brain networks — the structure of the dog’s brain — that are the most common across breeds, but which also had neuroanatomical differences. What they found is that the brain differences were linked with behavioral differences in different breeds.

For example, there is a brain network that makes the brain respond strongly to a reward, such as a treat, which supports social bonding. While dogs already associate treats with the people who give them, in terriers this network is especially developed, according to the study.

The study provided insight into dogs with particularly complex-seeming skills, such as Border Collies, who are predisposed for herding abilities. While Border Collies aren’t born knowing how to herd, their brains are prewired to learn. Hecht likened this to how human toddlers are pre-wired, to some extent, to learn language.

“They [the Border Collies] have to be exposed to sheep; there is some training involved. Learning plays a crucial role, but there’s clearly something about herding that’s already in their brains when they are born,” Hecht said. “It’s not innate behavior, it’s a predisposition to learn that behavior.”

Hecht told the Harvard Gazette there were some surprises in their research. In particular, they found that hunting by scent was not associated with the anatomy of the olfactory bulb, which is a part of the brain that senses smell. “Rather, this skill was linked to higher-order regions that are involved in more complex aspects of scent processing,” she said.

“It’s not about having a brain that can detect if the scent is there. It’s about having the neural machinery to decide what to do with that information,” Hecht added.

Hecht said that understanding the relationship between brain wiring and learned behavior “might tell us something about our own brains and how that happens” in humans, too.