Blue Dog Democrats must go: To win power, progressives must embrace "primary" as a verb

It's time to put a real scare into the Democratic establishment 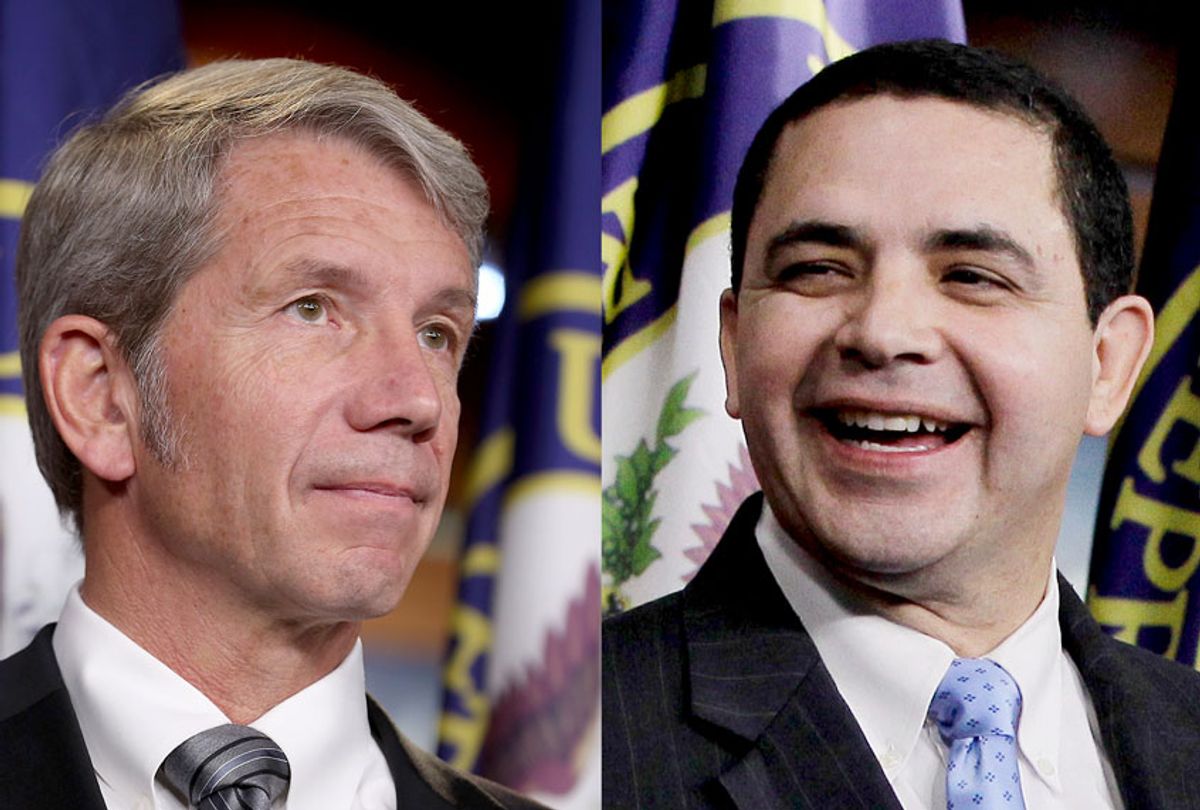 Progressive activists often see a frustrating pattern: Many Democrats in office are good at liberal platitudes but don’t really fight for what we need.

Even when constituents organize to lobby or protest, they have little leverage compared to big campaign donors, party leaders and corporate media spin. Activist efforts routinely fall short because — while propelled by facts and passion — they lack actual power.

Right now, in dozens of Democratic congressional districts, the most effective way for progressives to “lobby” their inadequate representatives would be to “primary” them. Activists may flatter themselves into believing that they have the most influence by seeking warm personal relationships with a Democratic lawmaker, but a credible primary campaign is likely to change an elected official’s behavior far more quickly and extensively.

In short, all too often, progressive activists are routinely just too frigging nice — without galvanizing major grassroots power.

With rare exceptions, it doesn’t do much good to concentrate on appealing to the hearts of people who run a heartless system. It may be tempting to tout some sort of politics of love as the antidote to the horrors of the status quo. But, as Martin Luther King Jr. wrote shortly before he was murdered, “love without power is sentimental and anemic.” Beyond speaking truth to power, it’s crucial to take power away from those abusing or squandering it.

In the long run, constituents’ deference to officeholders is a barrier to effectiveness — much to the satisfaction of people who reap massive profits from the status quo of corporate power, rampant social injustice, systemic racism, vast economic inequities, environmental destruction and the war machinery.

If activists in New York’s 14th congressional district had been content to rely on lobbying instead of primarying, Alexandria Ocasio-Cortez would still be tending bar — and power broker Joe Crowley would still be serving his corporate clients as a Democratic leader in Congress.

The Bad Blues report issued in early summer, published by RootsAction.org, zeroed in on 15 House Democrats who deserve to be primaried in 2020. The report acknowledges that it is “by no means exhaustive — only illustrative,” adding: “There may well be a Democratic member of Congress near you not included here who serves corporate interests more than majority interests, or has simply grown tired or complacent in the never-ending struggles for social, racial and economic justice as well as environmental sanity and peace.”

A few words of caution, however. Running a primary campaign should be well-planned, far in advance. It should not be an impulse item. And it’s best to field only one progressive challenger; otherwise, the chances of ousting or jolting the incumbent are apt to be greatly diminished.

“It isn’t easy to defeat a Democratic incumbent in a primary,” the Bad Blues report noted. “Typically, the worse the Congress member, the more (corporate) funding they get. While most insurgent primary campaigns will not win, they’re often very worthwhile — helping progressive constituencies to get better organized and to win elections later. And a grassroots primary campaign can put a scare into the Democratic incumbent to pay more attention to voters and less to big donors.”

An example of a promising campaign to defeat a powerful corporate Democrat is emerging in Oregon’s 5th congressional district, where six-term incumbent Kurt Schrader is facing a challenge in a slightly blue district that includes much of the Willamette Valley and the coast. The challenger is the mayor of the 20,000-population city of Milwaukee, Mark Gamba, who told us that Schrader “likes to pretend that he’s reaching across the aisle to get things done, but it almost always goes back to the corporations that back him financially.”

Schrader — a longtime member of the Blue Dog Coalition — gets a lot of money from corporate interests, including from the Koch Industries PAC. Last year, only one House Democrat was ranked higher on “key issues” by the anti-union, anti-environment U.S. Chamber of Commerce. Gamba intends to make climate a central issue of the campaign to unseat Schrader — who, he says, “has been notably absent on any substantive climate policy.” (Only four House Democrats have a lower lifetime environmental score than Schrader.)

Gamba also supports Medicare for All, while he says his opponent “is quietly but actively opposing Medicare for All or any law that actually cuts into the profits of the pharmaceutical and insurance industries.” A coalition of groups — including National Nurses United, Health Care for All Oregon-Action and Democratic Socialists of America — held a rally in front of Schrader’s Oregon City office on Sept. 6. The organizers say: “We should convince him how affordable and equitable Medicare for All will be.”

In the few months since Gamba announced his primary challenge to Schrader, voices of opposition to the incumbent have become more significant. “I have called out Congressman Kurt Schrader for his continuing record of voting against the needs of workers,” the retiring Oregon AFL-CIO president, Tom Chamberlain, recently wrote. “On July 15, 2019, Schrader once again showed his corporate colors and voted against raising the federal minimum wage. I am always hopeful that a strong pro-worker candidate will emerge from Oregon’s 5th Congressional District so we can show Schrader the door to retirement.”

Among the top targets of the pathbreaking group Justice Democrats is corporate-tied Texas Congressman Henry Cuellar — a Democrat in name only. No Democrat voted more frequently with Trump in 2017-18, and none had a higher ranking in 2018 from the Chamber of Commerce. One of the rare Democrats backed by the Koch Industries PAC, Cuellar is loved by the NRA and disliked by pro-choice groups and environmentalists. Although representing a predominantly Latino district with many immigrants and children of immigrants, he won praise from Fox News for his “hardline talk” on deporting immigrant youths.

The good news is that Justice Democrats — which was instrumental in Ocasio-Cortez’s stunning 2018 victory — is backing a primary challenge to Cuellar in the person of Jessica Cisneros, a young human rights lawyer with a history of defending immigrants. The daughter of Mexican immigrants, she was born and raised in Laredo, the main population center in the strongly Democratic South Texas district. If Cisneros defeats the well-funded Cuellar in the primary, “the Squad” of House progressives would gain an exciting new member.

Insurgent progressives need a lot more allies elected to Congress as well as colleagues who feel rising heat from the left in their districts. That will require social movements strong enough to sway mainstream entrenched Democrats — with the capacity to “primary” them when necessary.