The climate crisis is about to make allergy season miserable 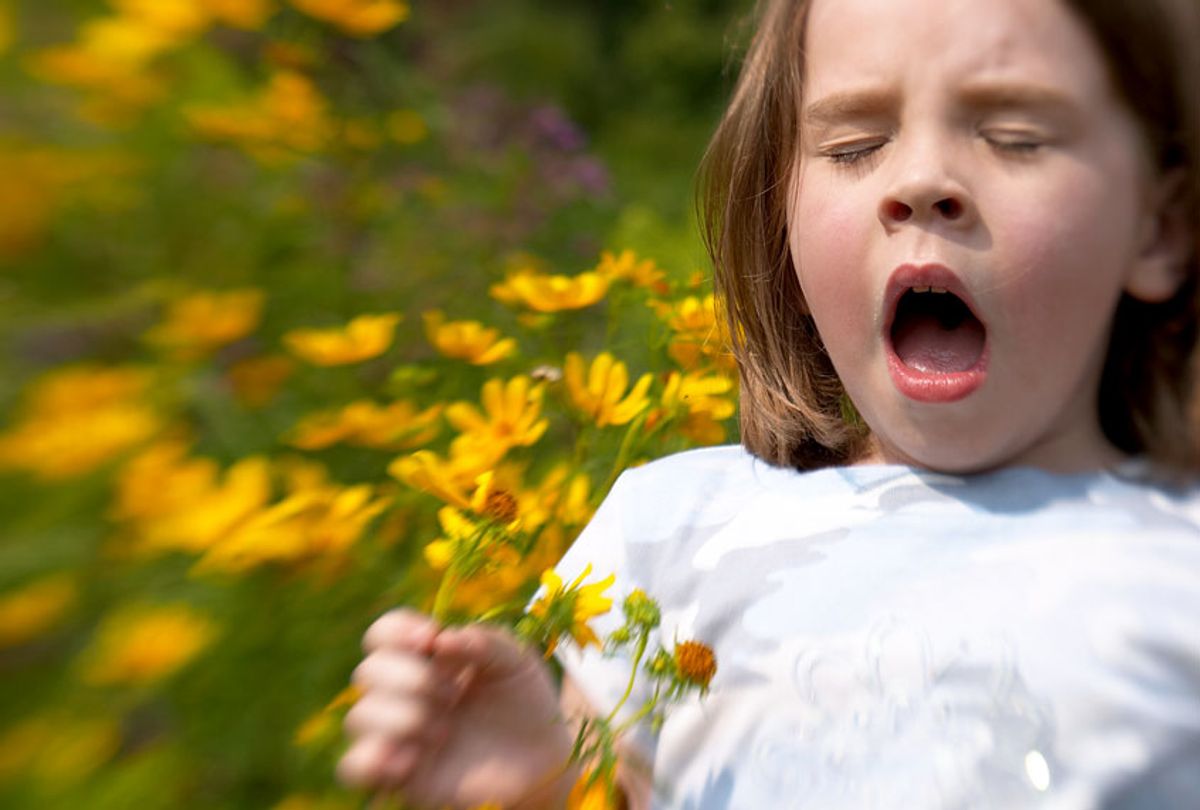 Ragweed may resemble an innocent-looking green and yellow shrub, but it is a huge source of seasonal misery for many Americans. This little weed’s allergen power topples its size: a single plant can produce up to 1 billion pollen grains, wreaking sinus havoc on those who suffer from pollen allergies like Hay Fever. Regrettably, as global temperatures rise due to climate change, these allergies are only expected to worsen — particularly in the fall season.

Scientists have repeatedly warned the United States will have far more days of extreme heat by 2036 if nothing is done to curb rising carbon emissions. A report released in July by the Union of Concerned Scientists (UCS) noted that cities like New York might see up to 51 more dangerously hot days per year. New York is just one of 160 cities that will end up with at least 30 days each year that exceed a life-altering heat index of 105ºF.

“In the fall, ragweed is a major culprit in allergies because when it’s warmer it grows longer,” Kenneth Mendez, the president and CEO of the Asthma and Allergy Foundation of America, told Salon. “Frost is the first thing that kills ragweed, the first frost, so the later and later you have a longer growing season the worse the allergies will be.”

Allergists say the ragweed counts over the last few years have been higher, which is a result of the longer growing season. This year, they expect counts to be high again.

“The last few years, the trend has been for higher ragweed counts, and part of that is the longer season and general climate warming,” Stanley Fineman, MD, an allergist and former president of the American College of Allergy, Asthma and Immunology told WebMD. “We know that plants like water and heat, and it's been a hot summer with a high amount of rain. We anticipate the pollen will be significant this year.”

Typically, pollen levels peak in mid-September. However, in some parts of the country, including the tristate New York area, that peak comes in late October this year instead.

In 2018, a study published in the journal PLOS ONE by researchers at the University of Washington and the University of Massachusetts at Amherst found that ragweed will expand its reach as a consequence of rising temperatures. Using machine learning, researchers calculated that in roughly 35 years its ecological range will move northward, bringing hay fever to regions it has never been before.

The climate and allergy connection isn’t just about longer growing seasons. Another part of the issue is that ragweeds thrive on higher levels of carbon dioxide.

“An increase in carbon dioxide in the atmosphere also fuels the growth of ragweeds,” Mendez said.

A study published in 2000 found that ragweed plants grew in size when they were exposed to more carbon dioxide. They also produced more pollen. The biggest threat to climate change it that atmospheric carbon dioxide is rising at accelerating rates.

There are other factors in the fall season that can intensify pollen release.

“Another issue with respect to climate change and longer growing seasons is that there are more intense pollen releases,” Mendez said. “In fall, you have leaves falling, so then you have leaf mold.”

“Allergies can be a trigger for asthma,” Mendez said, noting that “3,000 people a year die from asthma.”

According to the Centers for Disease Control and Prevention, the percentage of people who have been diagnosed with asthma increased slightly — by less than one percent — between 2001 to 2010. While mold is not pollen, it can exacerbate pollen-related allergic reactions. Mendez added that mold is another concern to allergists, as it relates to climate change, because more rain and more storms mean more mold.

“Mold thrives in moist environments and to the extent we have more intense downpours and hurricanes that increases the growth of mold,” he said.