Back to school 2019: Backpack, lunchbox and a drug test 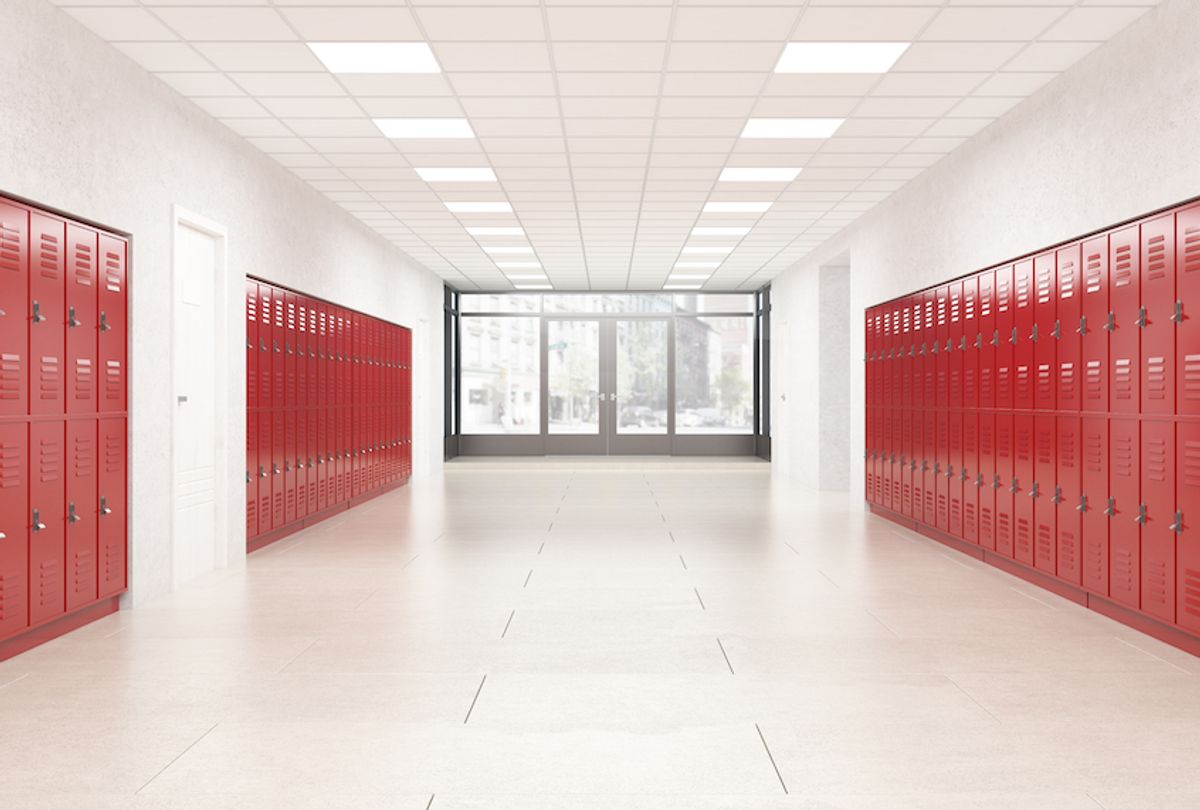 Thirteen-year-old Aura Brillhart and her 11-year-old sister, Morgan, will face a new sort of test in school this year: a drug test.

The middle and high schools in their community of Fort Scott, Kan., are among the latest to require random drug testing of students who want to participate in sports, clubs, dances or any other extracurricular activities.

“I hate that it’s even an issue for us to have to address,” said their mom, Jody Hoener. “But putting our heads in the sand isn’t going to make things any better.”

Fort Scott and the Bushland Independent School District near Amarillo, Texas, join the growing number of communities across America testing kids as young as 11 for illicit drug use. Nationally, a federal government survey shows, nearly 38% of school districts had such policies in 2016, up from a quarter of districts a decade earlier.

But over that time, the number of schools employing other drug prevention strategies dropped. The latest School Health Policies and Practices Study shows that a declining number of districts require elementary schools to teach drug and alcohol prevention, have arrangements with off-site organizations to provide drug treatment and provide funding for professional development on drug prevention.

The rise in drug testing is a reaction to the still-raging opioid epidemic and liberalized marijuana laws spreading across the country, according to health experts and educators. “The biggest fear is that legalization will lead to more teen use,” said Dr. Paul Glaser, a child psychiatry professor at Washington University School of Medicine in St. Louis.

More schools are adopting drug testing even as research remains mixed on how effective it is at reducing teen drug use. Supporters say it gives kids a reason to say no to drugs and may identify students who need help with drug problems. But opponents argue it invades student privacy and diverts money from educational priorities like books.

Bushland’s program costs about $10,000 a year. Fort Scott’s costs about $4,000, which Superintendent Ted Hessong said is the costliest part of the district’s overall drug prevention strategy.

To Amber Toth, principal at Fort Scott High School, the cost-benefit ratio is clear. Stopping even one student from going down the costly path of drug abuse and addiction, she said, “is worth $4,000.”

Chris Wigington, superintendent of the Bushland district in Texas, said the school board asked him to look into the idea of drug testing after he arrived less than two years ago. In his previous school systems, he said, testing helped kids resist peer pressure to take drugs.

“We all know peer pressure is very real,” he said.

The programs — allowed under a 2002 U.S. Supreme Court ruling — are similar in Bushland and Fort Scott, with random testing of a relatively small portion of the student body several times a year. Under Fort Scott’s policy, 10 middle school students and 20 high school students are randomly tested each month with a urine screening for 10 drugs.

If they test positive, they are suspended from extracurricular activities. In both Fort Scott and Bushland, results are disclosed only to students, parents and certain school staff members, such as the student’s principal. The information does not appear on academic records and isn’t shared beyond school walls.

Families in Fort Scott may opt out of testing. But if they do, their children can’t participate in activities or even park a car in the school parking lot. Toth said only a few families have opted out.

“Our policy is a little bit different than some of the policies of schools in our area,” said Toth, who wrote it. “It has a treatment component where a student can lessen their consequences.”

The school is partnering with a mental health provider offering free services to students who test positive. Hessong said the testing and treatment policies are part of a larger district drug prevention strategy that includes drug education in middle and high school health classes, a “Red Ribbon Week” awareness program in elementary schools and sweeps by drug-sniffing dogs brought in by local law enforcement in the middle and high schools. He said he’s not sure of the total cost of these efforts.

Toth said the district’s drug prevention efforts address a growing issue. A 2018 youth survey showed that pot and prescription drug abuse among middle and high school students was higher in Bourbon County, where Fort Scott is located, than the state average.

More than 8% of students in the county reported using marijuana in the previous month, for example, compared with a state average of 6.5%. And Toth said marijuana use has been rising among local students as other parts of the country have legalized it.

“They sort of view it as harmless,” she said.

Hoener, a former social worker who is now Bourbon County’s economic development director, said her eighth grader, Aura, has told her about friends caught with pot in their lockers.

It’s unclear whether testing will make a difference. “It’s a mixed bag on the research,” said Washington University’s Glaser.

A 2015 report from the American Academy of Pediatrics said there’s a lack of convincing scientific data demonstrating that testing works. A previous study, directed by the National Center for Education Evaluation and Regional Assistance in 2010, examined seven school districts and compared substance use reported in high schools that tested and those that didn’t. It found that 16% of students subject to drug testing reported using drugs compared with 22% of students in schools that didn’t test. Testing didn’t change students’ reported intentions to use drugs in the future.

Glaser said some students find ways to use drugs outside of testing periods or choose ones that are not screened. Sometimes, he said, kids who are suspended from activities after testing positive may get depressed or bored, making them more likely to use drugs.

Lauren Bonds, legal director for the American Civil Liberties Union of Kansas, said the growth in such testing is concerning. “There are more effective ways to limit student drug use,” she said.

Glaser said districts would do best to have an array of drug prevention and treatment programs. One good strategy, he said, is identifying young children suffering from trauma or family problems and getting them help before they turn to drugs. He’s involved with such a program in Missouri that provides services to young children referred by schools and also gives students, teachers and families preventive information and education.

“It’s always harder to treat the brain after it’s been affected by these substances,” he said.

Aura said that even though she doesn’t use illicit drugs, she realizes she may be randomly chosen for testing at some point. “I’d be OK with it,” she said, “but it would also be weird.”