In a court filing, Todd Palin cites an "incompatibility of temperament" that makes "it impossible to live together" 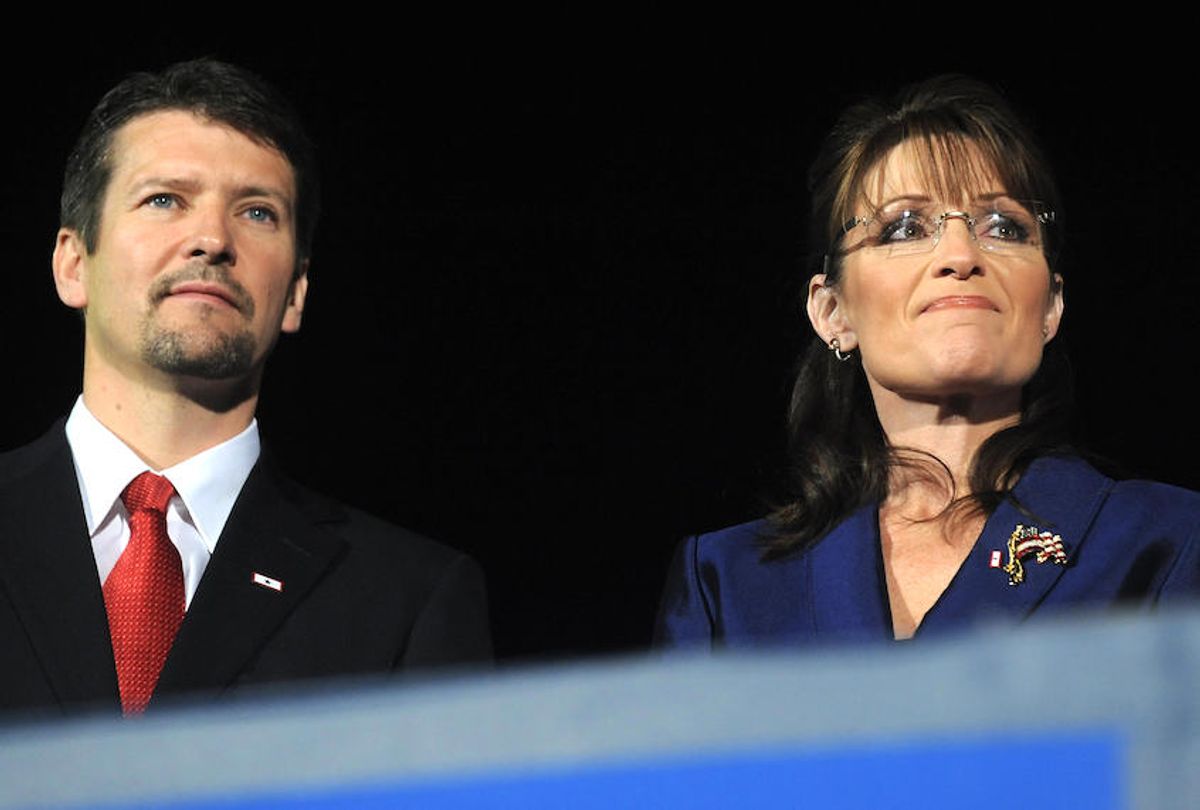 Todd Palin has filed for divorce from Sarah Palin, the former Republican vice presidential candidate and governor of Alaska, claiming an "incompatibility of temperament" that makes "it impossible to live together as husband and wife."

Todd Palin, 55, commonly referred to as "Alaska's first dude," is believed to have asked to dissolve the couple's 31-year marriage in a court filing submitted Friday in Anchorage Superior Court.

The filing, first reported by the Anchorage Daily News, only uses initials to refer to the pair, with Todd Mitchell Palin listed as "TMP" and Sarah Louise Palin as "SLP." The news follows a decade of rumors of marital trouble between the pair, which a representative previously referred to as "lies and fabrications."

It details the couple's marriage date and the birth date of the family's only minor child, Trig, who is 11. Todd Palin seeks an "equitable division" of marital assets and debts.

Todd and Sarah Palin have been married since 1988 — they met at a basketball game in high school — and wed eight years later. They have five children: Bristol, Piper, Track, Trig, and Willow. Todd Palin's filing asks for joint custody of Trig, who has Down Syndrome.

Sarah Palin, also 55, was elected governor of Alaska in 2006. She resigned in 2009, before the end of her four-year term. Todd Palin, a member of the steelworkers' union, continued to fish commercially and work an oil field job on the North Slope since his wife was elected.

Sarah Palin rose to national prominence in the summer of 2008, when the late Sen. John McCain picked her to be his running mate in the presidential race, which they would eventually lose to the Democratic ticket of Barack Obama and Joe Biden.

Unlike his famous political wife, Todd Palin has kept a relatively-low profile. He was in a serious snowmobile accident in 2016, in which he suffered broken and fractured ribs, a broken clavicle and shoulder blade, a collapsed lung and leg injuries. The accident landed him in intensive care.

The Palin family has faced overwhelming — and at times less than flattering — media coverage in the years since Sarah Palin grabbed the national spotlight.

After her failed vice presidential bid, Sarah Palin and her family continued to make headlines. The couple's eldest daughter, Bristol, at age 17, revealed she was pregnant with her son Tripp, whom she had with her former fiancé, Levi Johnston. She revealed her pregnancy on the first day of the 2008 Republican National Convention. She has since had two daughters, Sailor Grace and Atlee Bay, with her former husband, Dakota Meyer.

In 2012, Bristol made her reality show debut in the Lifetime series "Bristol Palin: Life's a Tripp." She most recently starred in MTV's "Teen Mom" franchise but stepped away from the reality show in April. In announcing her decision to quit the series, Palin said the program "wasn't a fit for me" and that "walking away from this show allows God to rebuild me (and my little fam) in the right direction."

Her parents have also forayed into the reality show world. After her Veep run, Palin starred in the TLC series "Sarah Palin's Alaska" and later in Sportsman Channel's "Amazing America With Sarah Palin" before landing a Judge Judy-type show that ultimately failed to make it to air. Todd Palin competed on NBC's "Stars Earn Stripes" in 2012.

In 2014, several members of the family were involved in a drunken "brawl" at an Anchorage house party, which police said left Todd Palin with a bloody nose. The pair's eldest child, Track Palin, was allegedly "belligerent," "shirtless" and "giving people the middle finger." He told police the fight started after a few men were rude to his sisters Willow and Bristol, the latter of whom was accused of punching the homeowner in the face repeatedly "with both hands."

No charges were filed in the incident, but it set a precedent for legal troubles the family would encounter. Track, an Iraq combat veteran, was arrested on domestic-violence charges three times between 2016 and 2018.

The first incident took place in January 2016, a day before Sarah Palin endorsed then-GOP presidential candidate Donald Trump, when Track's girlfriend called the police to report that he had punched her in the face and that he had a firearm.

Speaking at campaign rally in Tulsa shortly after the incident, Palin connected her son's arrest to then-President Barack Obama, whom she accused of neglecting veterans.

"I guess it's kind of the elephant in the room, because my own family going through what we're going through today with my son, a combat vet . . . like so many others, they come back a bit different, they come back hardened," she told the crowd at the time."It starts from the top. The question, though, it comes from our own president where they have to look at him and wonder, 'Do you know what we go through? Do you know what we're trying to do to secure America and to secure the freedoms that have been bequeathed us?'"

Almost two years later, Track was again arrested after an altercation at his parents' home, during which he had "broken a window" to enter the residence and assaulted his father in the face and head. Sarah Palin called the police at the time, saying her son was "freaking out and on some type of medication," according to a police affidavit.

In 2018, Track was charged with fourth-degree assault after state troopers said he had assaulted an unnamed "female acquaintance."

Sarah Palin has continued to make headlines following the release of stream of books and bombastic cable news appearances. She said in 2015 that she was "seriously interested" in running for president but ultimately decided against the move. In 2018, she revealed she would run for vice president again "in a heartbeat."