"Women, particularly women of color, are the heart of the Democratic party," O'Rourke first tells Salon 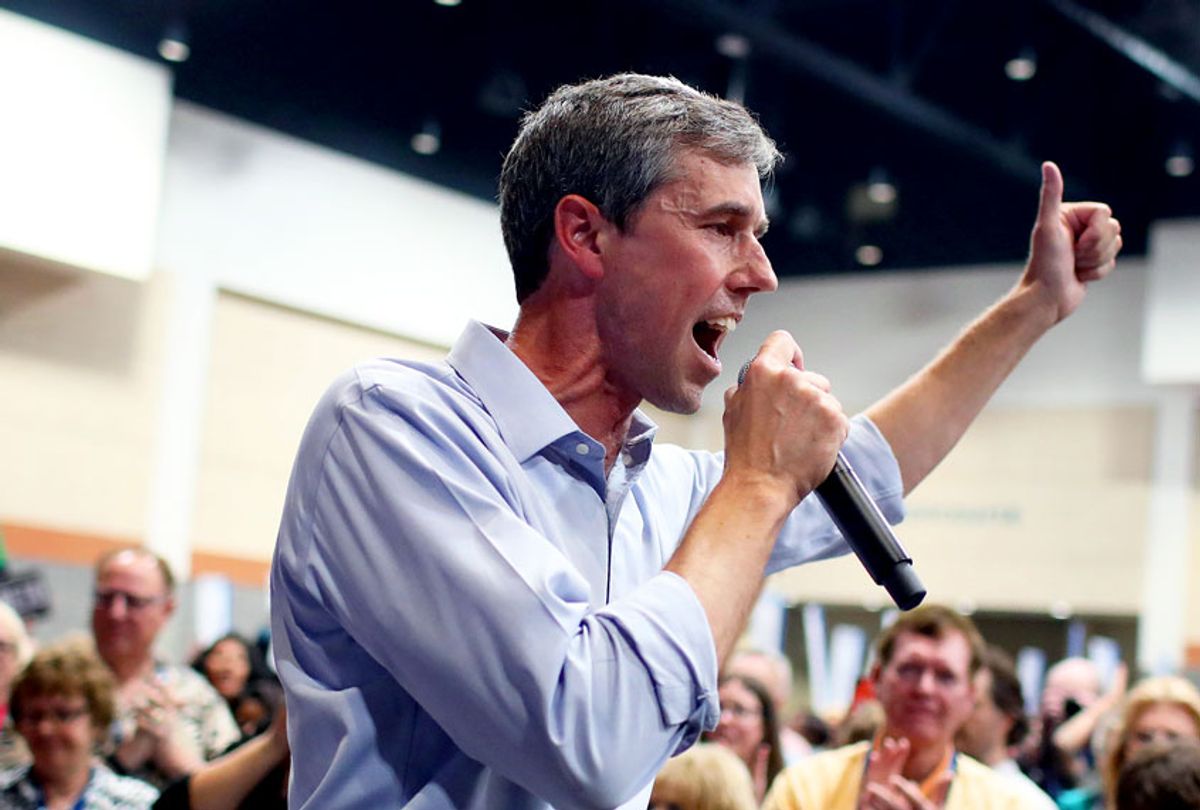 The campaign of Democratic presidential candidate Beto O'Rourke announced a suite of 100 Texas endorsements Wednesday in a bid to mount an early advantage in the delegate-rich battleground state.

The news comes a day before the third presidential debate. It includes endorsements from 39 female leaders from O'Rourke's home state, which he represented in Congress for three terms. State Reps. Rhetta Andrews Bowers, Jessica González and Gina Hinojosa are among the 70 elected officials from Texas who have endorsed the former congressman's bid for the White House.

"Women, particularly women of color, are the heart of the Democratic party. They continue to lead on overcoming every challenge we face — from gun violence and the maternal mortality crisis to an inequitable education system and an economy that leaves too many families behind — and I'm grateful to have them at the forefront of our campaign to fight for everyone in this country," O'Rourke said in a statement first provided to Salon.

Anna Pacilio, the campaign's director of women's messaging, told Salon the slate of women leaders supporting O'Rourke "shows his strength building a broad coalition of support and his ability at the top of the ticket to turn Texas blue."

"Women in Texas and across the country are seeing Beto's policy proposals that confront the economic inequities and sexism women still face, and how these political decisions are informing his vision for this country," she added.

"Since the start of this campaign, women and women of color have led and informed Beto's vision for the country, and Beto for America is one of just two presidential campaigns with women campaign managers," the campaign told Salon. "Over 60 percent of the campaign's senior staff are women, and last quarter, more than half of the campaign's donors were women."

The news of O'Rourke's endorsement slate comes a day before the 10 leading candidates vying for the Democratic Party's presidential nomination are set to take the stage in Houston for a third round of debates.

Earlier this week, former Vice President Joe Biden and former Housing and Urban Development Secretary Julián Castro unveiled a suite of endorsements from past and present Texas politicians and officials, both falling short of the 100 secured by O'Rourke.

Additionally, a study published by Univision on Monday revealed O'Rourke is the top choice for Latinx voters in Texas. He is followed by Biden, Sanders and Castro.

Warren on Tuesday drew a large crowd at a rally in Austin, while Biden has a campaign fundraiser scheduled for this weekend in the Lone Star state. O'Rourke is set to hold a rally Sunday in Plano.

The former congressman rebooted his campaign last month after taking a two-week hiatus to return to his hometown to mourn the loss of 22 lives in the recent mass shooting in El Paso.

Since then, O'Rourke has sought to rally his native El Paso, a community along the U.S.-Mexico border that is more than 80 percent Hispanic or Latino, according to U.S. census data, as one that is welcoming to migrants. He has mentioned El Paso often on the campaign trail, it is clear that the shooting, and the fact that the gunman targeted Latinos, has impacted O'Rourke and reenergized his base.

O'Rourke has also ramped up his rhetoric on gun control and taken aim at President Donald Trump, whom he described as a "white supremacist" whose rhetoric has inspired hate crimes and violence.