Jerry Springer is "annoyed" with Trump: "He took my show and brought it to the White House"

"I should get paid for that, shouldn’t I?" the 75-year-old pop culture figure asked. "Hey, get your own show!” 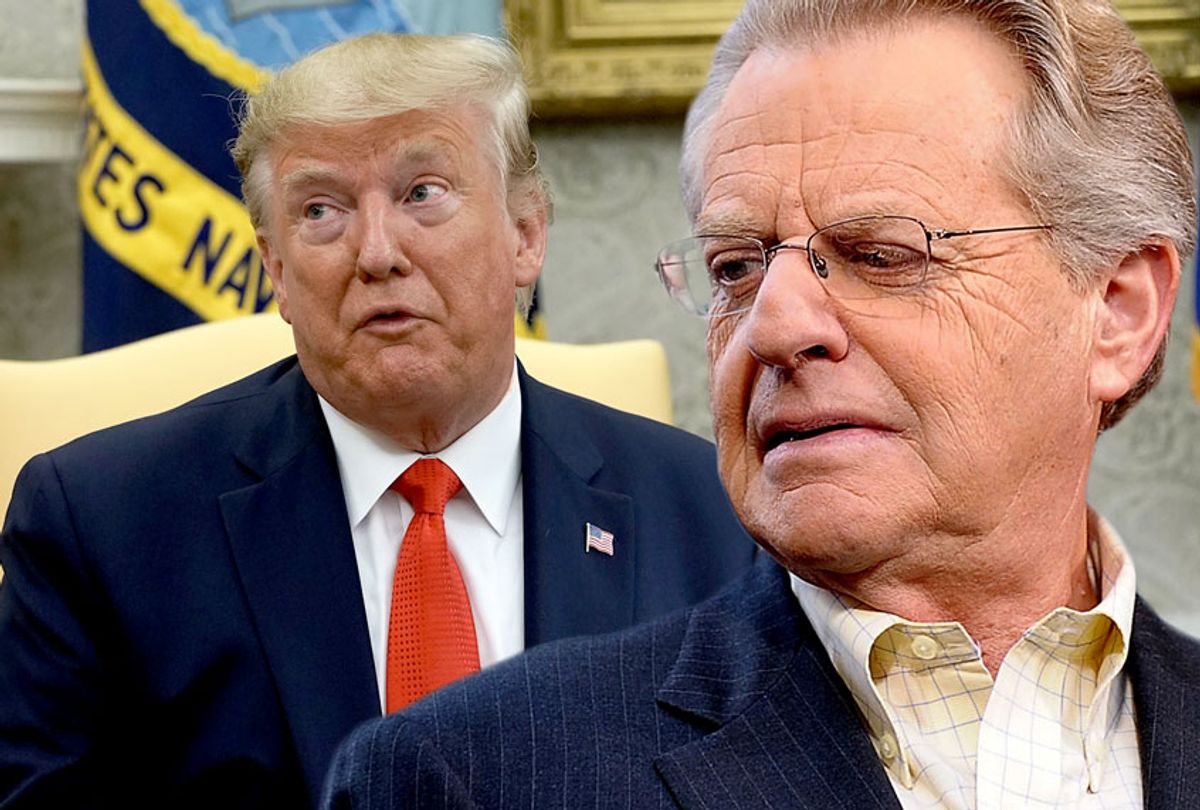 Before the rise of reality shows in the 2000s, “The Jerry Springer Show” reigned supreme as the go-to place for tabloid television. Now 75, Springer sees himself as a highly influential figure in pop culture and in an interview for Yahoo Entertainment, he cites President Donald Trump as one of the people who has benefitted from his influence.

The former Cincinnati mayor told Yahoo Entertainment, “The thing that annoys me about Trump is that he took my show and brought it to the White House. I’m annoyed. I should get paid for that, shouldn’t I? Hey, get your own show!”

During the interview, Springer told Yahoo he is “very satisfied” with the field of 2020 Democratic presidential candidates and is especially impressed with Sen. Kamala Harris of California. Nonetheless, he fears that Democrats might lose next year’s presidential race if Trump’s antics don’t remain in the spotlight.

“From a pure political point of view,” Springer told Yahoo, “I think we have to be a little careful. I think as long as Trump is the issue, the Democrats can win. But if we pick a candidate who, all of a sudden, takes the spotlight off of Trump — and ‘is this person too far left?,’ and suddenly, the debate moves in that direction — then I think we could lose the election again.”