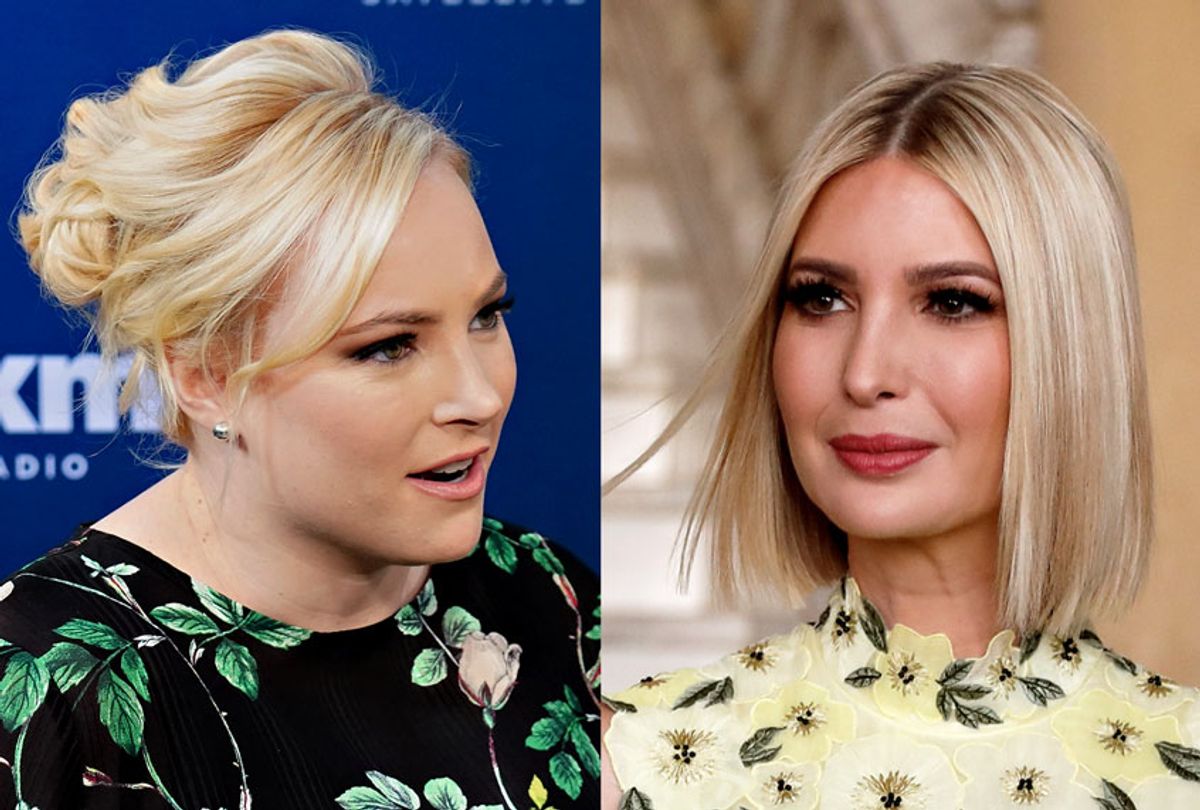 The Trump White House is now in a war of words with “View” co-host Meghan McCain.

McCain on Tuesday trashed first daughter Ivanka Trump and husband Jared Kushner during a segment in which she claimed both of them showed up uninvited to the funeral of her father, the late Sen. John McCain (R-AZ).

“No offense, they crashed my dad’s funeral,” McCain said. “They get nothing from me. Really, they’re not good people.”

Elsewhere in the segment, McCain said Ivanka didn’t do much real work in the White House and also called her assorted initiatives “nebulous.”

A White House spokesperson hit back against McCain on Wednesday and told People Magazine that it didn’t take McCain’s criticisms of the first daughter seriously.

“The idea that the hosts of The View . . . have any factual reads on what goes on within the Trump family is completely asinine,” they said. “Ivanka is proud of this administration and the work that they have done over the last two-and-a-half years.”

Additionally, People notes that some reports have claimed that Sen. Lindsey Graham (R-SC) actually did invite Jared and Ivanka to McCain’s funeral, although McCain herself may not have been aware of this.